In this ebook I, Herman Liesemeijer, take you with me on a journey along the historic race circuits of Europe. Some of them have become a ruin.

A personal story that starts with illegal racing on the nearby TT Circuit of Assen. The sequel was a race course at Zandvoort, the circuit where I keep the most beautiful memories.

Also attention for persons from Dutch motorsport, like the Formula 3 driver Marcel Albers who died in an accident at Thruxton in 1992. And Arie Anssems, the former mechanic of Carel Godin de Beaufort and volunteer at the Zandvoort circuit.

My career got an interesting turn when I visited the abandoned circuit of Nivelles in Belgium in 1998. This would eventually lead to the creation of a website about old race circuits... 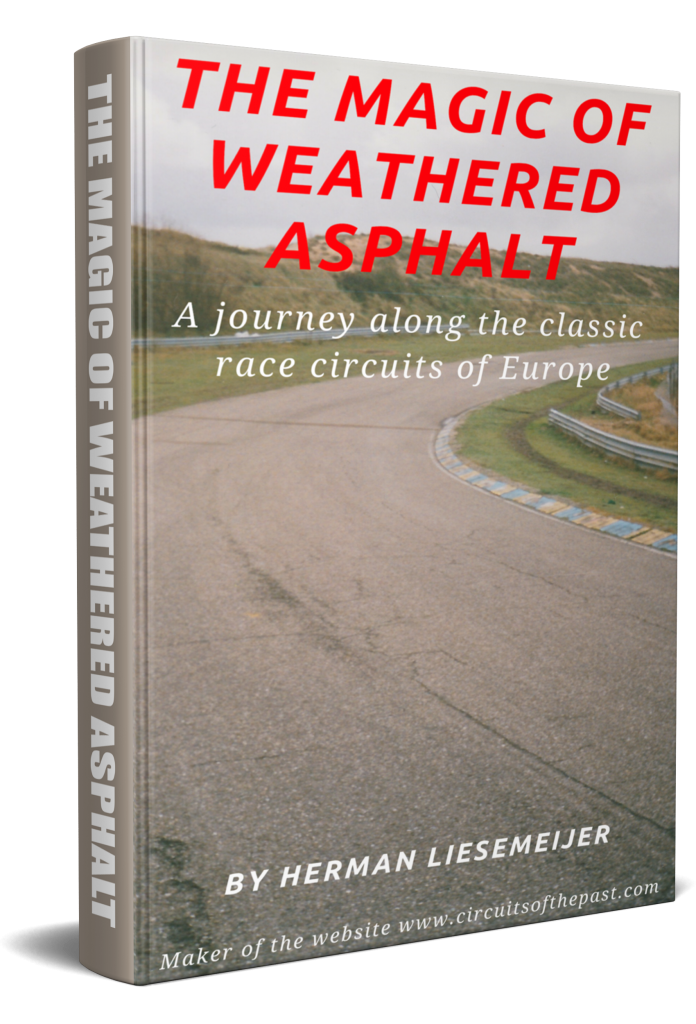 In this Ebook you Discover...

This product is subject to our Terms and Conditions.