If someone told me in 1998 that I would ever visit an event at Circuit Nivelles-Baulers I would have thought that the bankrupt and abandoned circuit was bought by a wealthy businessmann and reopened. Unfortunately, that’s not what happened. But nevertheless, Sunday June 29 I was at an event on the circuit of Nivelles! It was the Grand Prix Revival Nivelles-Baulers organized by the Formula Club Belgium.

My first visit to the abandoned circuit of Nivelles

The First time I heard about the circuit of Nivelles was, about ten years after the closure, in a documentary about Formula One in the seventies. “The Belgian Grand Prix at the fast circuit of Nivelles, which is unfortunately no longer used for motorsport”. Later I heard that the circuit was left unused, a little overgrown but still intact. That seemed a very interesting object to visit to me. 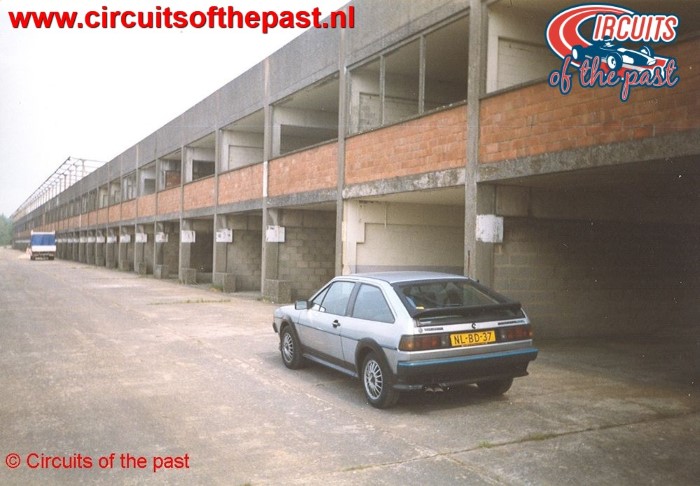 However, it would take until 1998 before I had found the exact location of the former circuit on an old map and went on for a visit. Through an open gate, a tunnel and a narrow road I arrived in the neglected pits. I parked my VW Scirocco and made some pictures of the abandoned circuit buildings. It was also a good excuse if someone would come and send me away. “I just take some pictures”.

My first lap at Nivelles-Baulers

No one came, so it was time to explore the circuit. With a tension which was a combination of the thrill of entering a circuit and knowledge that I did something that was illegal, I leaved the pit lane. When entering the main straight I saw how the track went over a hill and the tension was replaced by pure thrill! “What a beautiful race track” I thought. 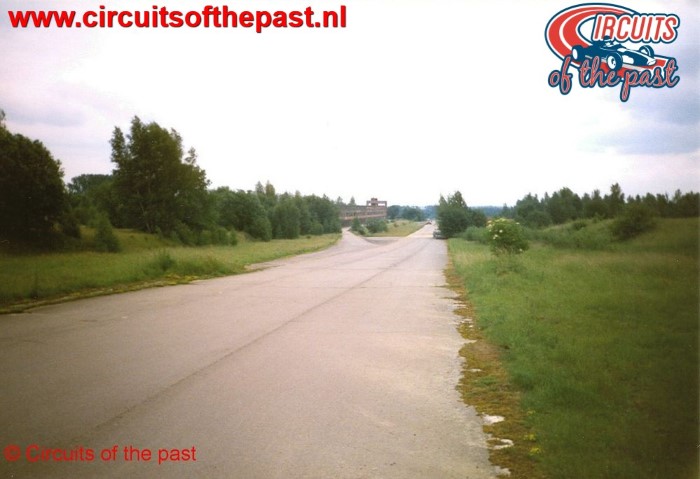 But the part I was really excited about was a combination of two very long and fast right hand corners. Years later I learned that this section was called the Big Loop. The First time I tried to take these corners at speed I went approximately 120 Km/h (75 Mph.). My estimation was that 160 Km/h was possible but I started on the safe side.

That was a wise thing to do, because just when I thought to do it a lot faster on the next lap, a hefty thwack went through the car and I bounced a metre to the outside of the corner. This was caused by a nasty ledge in the road, due to prolapsed concrete slabs under the asphalt. So I had to drop the idea to take these corners on the limit. 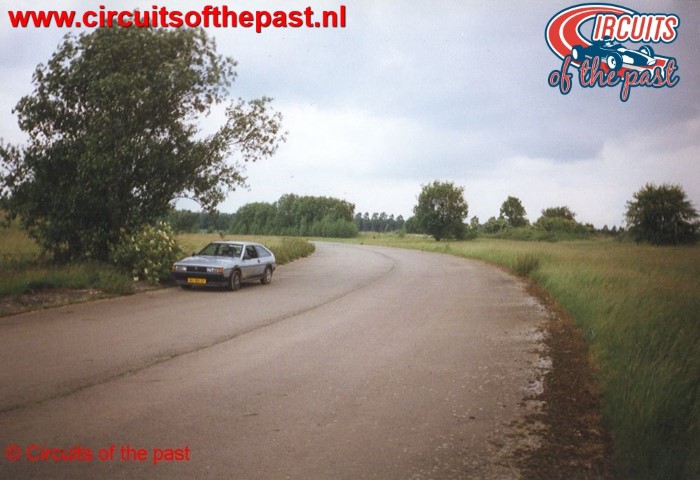 So that was my first acquaintance to “Circuit de Nivelles-Baulers”. During the many visits that followed, I saw how the abandoned race track changed into a business park. But this Sunday in June 2014 everything was different. After I exit the freeway at Nivelles Nord I joined a traffic jam. That must have been a long time ago that so much crowd came to the circuit…

The main road to the former circuit was now used as a parking and for 5 Euro I could park my car there. After I found a place on the full parking lot I went to the entrance to buy a ticket for the Grand Prix Revival Nivelles-Baulers. It was already 10 AM, and the programm just started, when I walked in the direction of my beloved Big Loop. 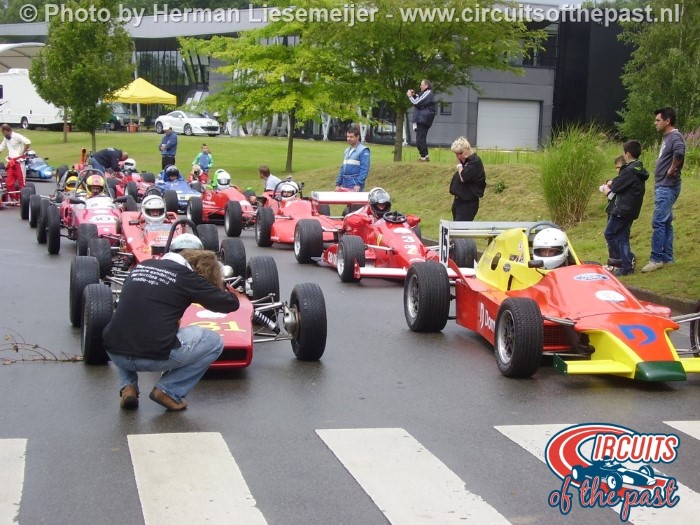 The new road follows here exactely the layout of the circuit. But unfortunately, the organization of the Grand Prix Revival Nivelles-Baulers decided to use a new road on the inside of the track and the Big Loop was only used for the pre-grid. For safety they built with straw bales a lot of chicanes into the revival circuit. Off course I could understand why they want to keep the speed low, because the public was only protected by some event fences. But it was just a shadow of the fast race track it ever was. However. it was not a real race event, but demonstration races. 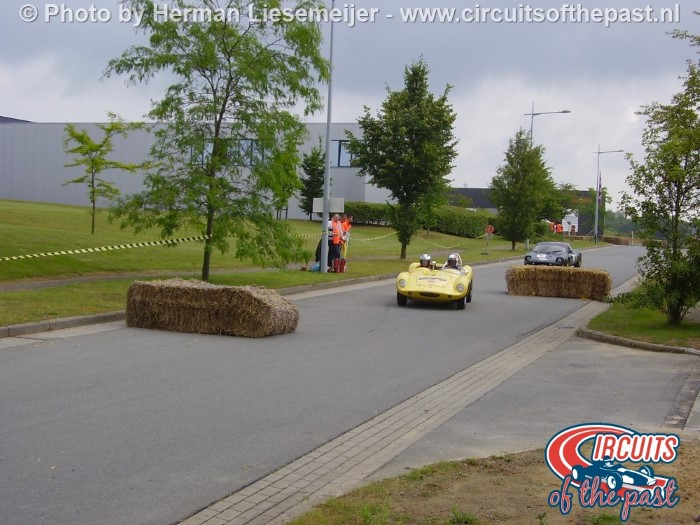 A wide range of different racing cars and moto cycles from different eras came at the start. From touring cars to sports cars and Formula One cars, and also sidecars. They were all back for the Grand Prix Revival Nivelles-Baulers. In the morning it was nice dry weather, not to hot and not to cold. But in the afternoon it started raining. You could see that the owners of the historic vehicles drove more carefull in the rain to not damage their valuable car or motorcycle. During the wet session of the Formula One carst just one care came to the start! However, the touring car drivers allways put the pedal to the metal, even in the wet. 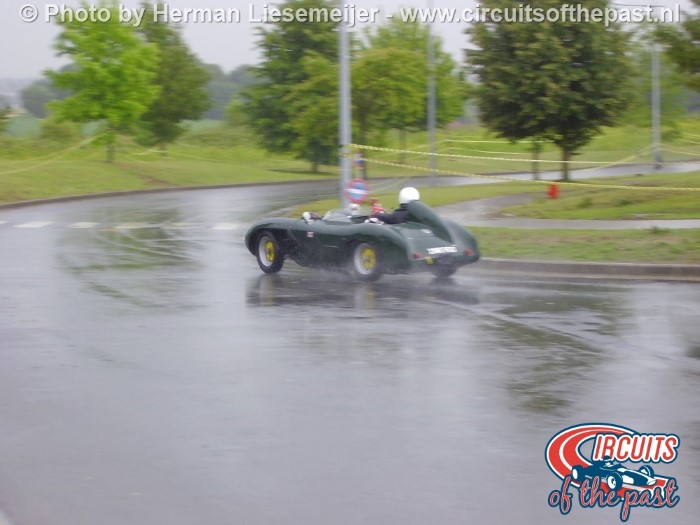 In the mid-afternoon I met an old friend. It was Phillippe, a former member of the MSN Group (The very first version of Circuits of the past). I met him before in 2004 when he lived just a few Miles from the former Nivelles-Baulers circuit. That time the reconstruction into a business park just started and there where construction sites everywhere. A huge contrast with todays Grand Prix Revival Nivelles-Baulers.

In the late afternoon I leaved the circuit. Soaked by the rain but satisfied and with a lot of videos and photos. Despite the bad weather in the afternoon, I had a good time at the former circuit. A circuit which is very special for me because this circuit was on the base of my website. But more about that on the page “Circuits of the past Story”.