With the return of the Portuguese Grand Prix on the Formula 1 calendar for the corona year 2020, I bring back some memories of the circuit where this Grand Prix was previously held. In contrast to 2020, the Formula 1 race was not held in Portimão in the good old days, but on the “Autódromo do Estoril“.

The history of Estoril in brief

The Estoril circuit opened its doors in 1972. It is located north of the seaside resort of Estoril, not far from the Portuguese capital Lisbon. 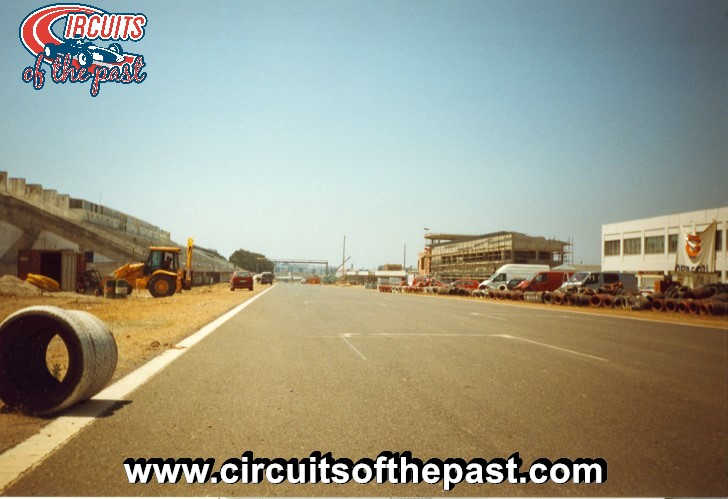 The layout is characterized by an outer ring with fast corners and the long Start/Finish straight. Inside is a smaller ring with slow corners and a shorter straight with a fast kink.

The Estoril circuit almost deserved a prominent place on this website, because between 1975 and 1978 the circuit fell into disrepair due to financial problems. After a takeover by the state and a thorough overhaul, it was again suitable for international races.

In 1984, Formula 1 came to Estoril for the first time. A year later, Ayrton Senna won his very first Grand Prix here during a legendary rain race. 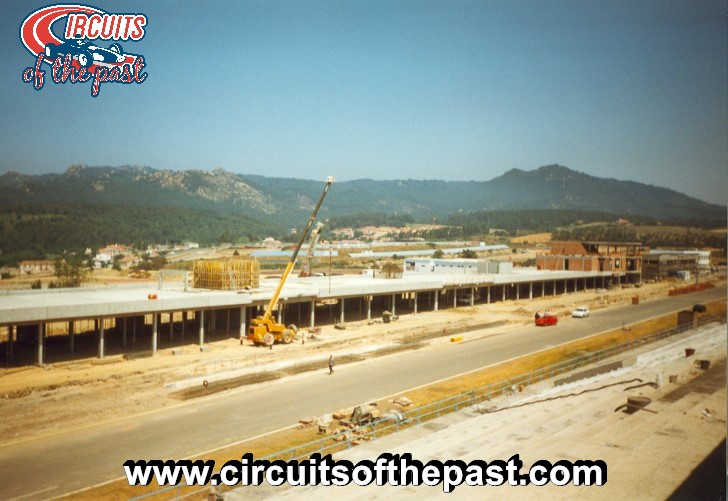 The first change in the layout of the circuit came in 1994, following the fatal accidents during the San Marino Grand Prix at the Italian Imola circuit.

The fast corner named Tanque was replaced by an extremely slow chicane. Actually, this chicane was more like two hairpins right after each other. One of the drivers commented at the time that this was a perfect corner for a rally car, but not for a Formula 1 car.

After the 1996 Grand Prix, the Estoril circuit was moved from the Formula 1 calendar. A major renovation was started in 1999 to make the circuit suitable for Formula 1 again. And it was during this major renovation that I visited the track… 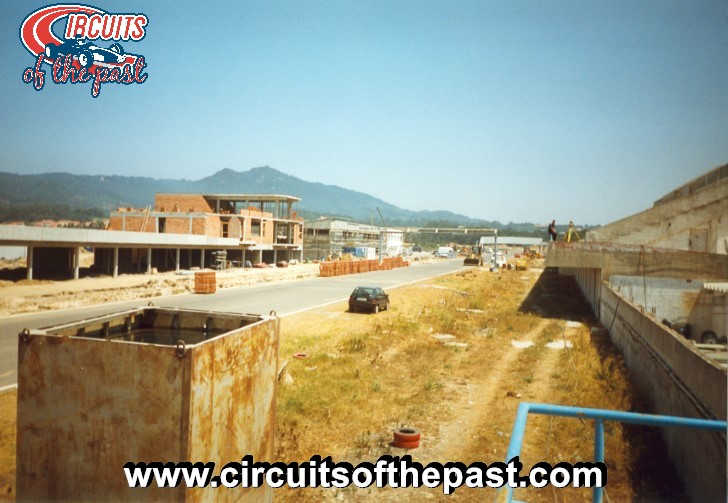 The layout was also slightly adjusted. The fast first corner was made slower to create more overtaking opportunities.

The second fast corner was also made a lot slower. Due to the lack of a run-off on the outside, it was moved inwards so that a run-off area could be created on the site of the old corner.

Despite all efforts, Formula 1 did not return to Estoril. Due to the improvised 2020 Formula 1 calendar during the Covid-19 crisis, Formula 1 returned to Portugal. Not on Estoril, but on the Autódromo Internacional do Algarve in Portimão, which opened in 2008. 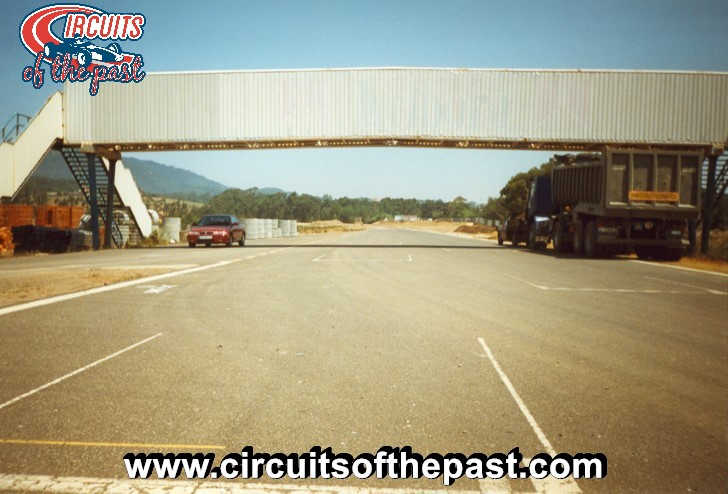 My memories of the Estoril circuit

I have been following Formula 1 since 1988, but my earliest memory of Estoril is the 1989 Portuguese Grand Prix. At the time, you could only follow Formula 1 in the Netherlands on the Belgian TV.

Anyone who has seen this Grand Prix will remember the moment when Nigel Mansell came in for his pit stop and shot past his mechanics. Immediately he put his Ferrari in reverse and drove back to the mechanics. 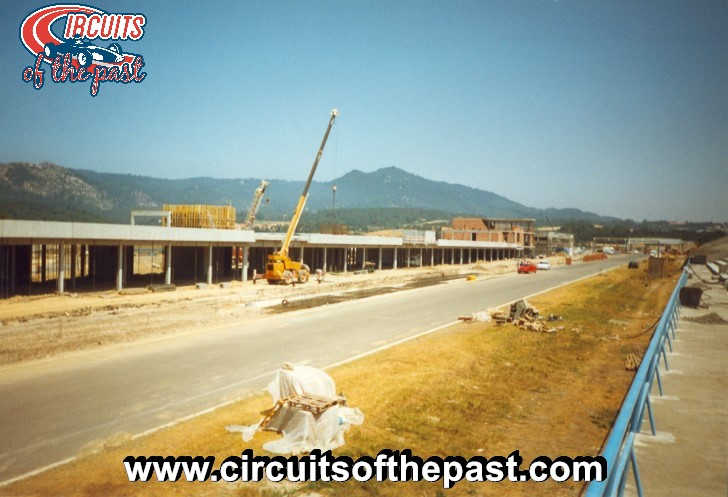 Reporter Dirk de Weert explained that it is not allowed to reverse in the pits and that the mechanics should have pushed him back. Moments later, Mansell was given the black flag which he subsequently ignored.

Mansell eventually left the race after crashing into Senna’s McLaren after a failed overtaking attempt. “This is what distinguishes Mansell in a negative way from the other top drivers” the reporter exclaimed.

And so I had learned the rule that you are not allowed to reverse in the pits. Mansell had also learned that rule. However, he better listened to Dirk de Weert… 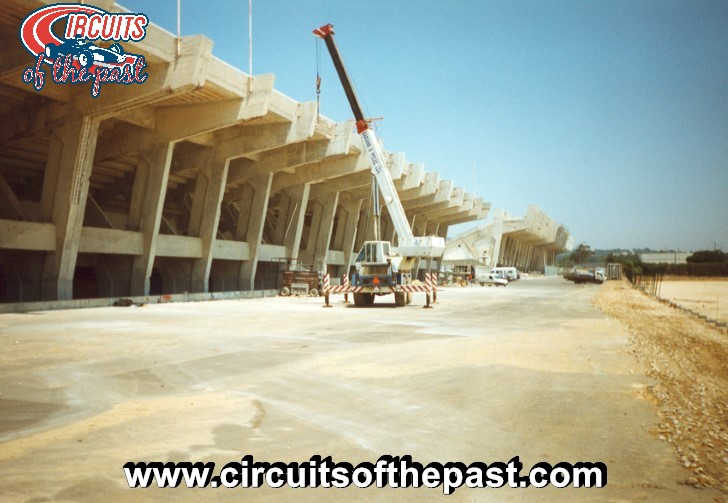 “In the fast lane”

In 1991 it went wrong again for Mansell during a pit stop. This time the Williams mechanics forgot to secure a wheel. Mansell pulled away on three wheels and stopped in the fast lane of the pits. His mechanics wanted to push him back, but Mansell hit the brakes.

They decided to mount the wheel in the fast lane. But again Mansell was disqualified. This time because his mechanics had worked on the car in a part of the pit lane where this was not allowed.

The pits again played an important role in some other crashes at Estoril. This time Gehrard Berger was involved on both. In 1992 he wanted to enter the pits while at the same time Ricardo Patrese was set for an overtaking manoeuvre.

When Berger slowed down at the pit entry, Patrese ran into him and his Williams airborned. With a lot of luck he landed on his wheels next to the pit wall. Without this luck, this accident would have ended in a very different way. 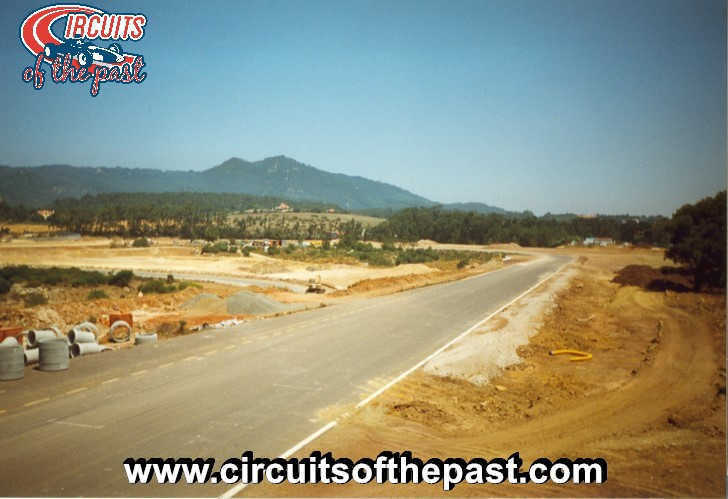 A year later, Berger left the pit lane after a stop. Later it turned out that the active suspension of his Ferrari worked the other way around at that time. Berger spun and came to a stop on the other side of the track. Fortunately nobody was driving on the straight at that time, otherwise this would have ended very badly.

My visit to Estoril

In 1999, a few years after Estoril lost the Grand Prix, I spent my vacation in Portugal. More precisely, in the seaside resort of Estoril. Of course, a visit to the Autódromo do Estoril should not be missed during this holiday.

On one of the first days of my vacation, I got on the bus to the track. I had already heard from a taxi driver that they were renovating the circuit. When I got off the bus – opposite the circuit entrance – I saw all kinds of construction traffic.

With my camera – at the time with a roll of film – in hand, I walked into the circuit terrain. The construction workers paid no attention to me and let me do my thing, so I could make a series of photos of the track and the renovation works. 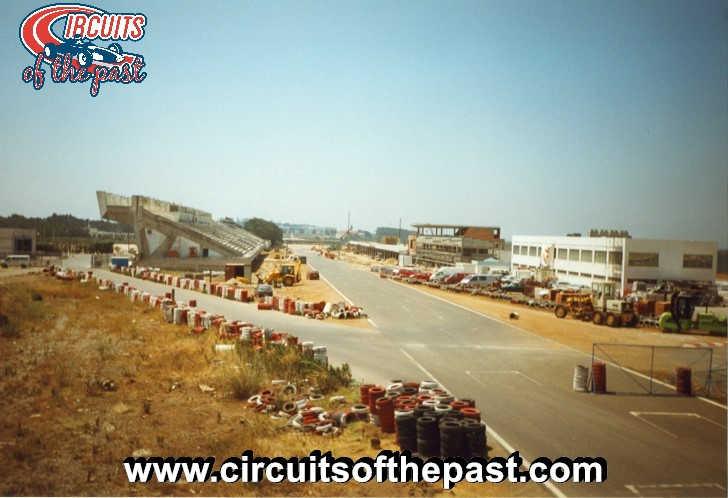 What I especially hoped was that the architects of the renovation would find an alternative to that ridiculous chicane built in 1994. When I later saw the result on TV, I was disappointed that it was still the same. In my opinion a missed opportunity.

Without knowing it, I also visited another circuit. During my stay in Estoril I regularly threw myself into the nightlife of the nearby Cascais. There I joined a group of Irish people.

When I founded the MSN Group Circuits of the past (do you remember?) In 2003, I started looking for old racing circuits to visit. I also came across a former street circuit around the port of Cascais. And that port was on the route I walked from the railroad station to the entertainment area.

So if I ever visit this part of Portugal again, I will certainly film a lap of the old street circuit of Cascais. 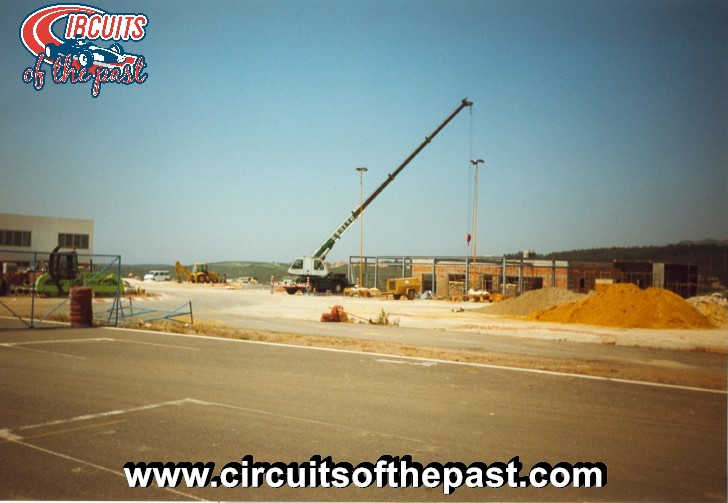 So far my memories of Estoril, the surrounding area and the photos of the major renovation of the track. I hope you enjoyed it. Please let me know in a comment below!