Cadwell Park in England is a race track that I don’t known for a very long time. When I announced my Circuit Tour through England, someone told me that I should definitely visit this circuit. And he was right! Because of the challenging combinations of corners and huge elevation changes, this circuit is also called the Mini Nürburgring…

The History of Cadwell Park

Cadwell Park is a race track in Lincolnshire, England. Originally it was the estate of Mr Mansfield Wilkinson. The terrain was used by his sons to race motorcycles against each other. In 1934 he decided to built a circuit there.

The first circuit was only 3/4 mile short, covering the section we now know as the Mountain Section and Start/Finish. The road surface was still gravel at the time. In 1938 the track was provided with a paved road surface consisting of asphalt and concrete. 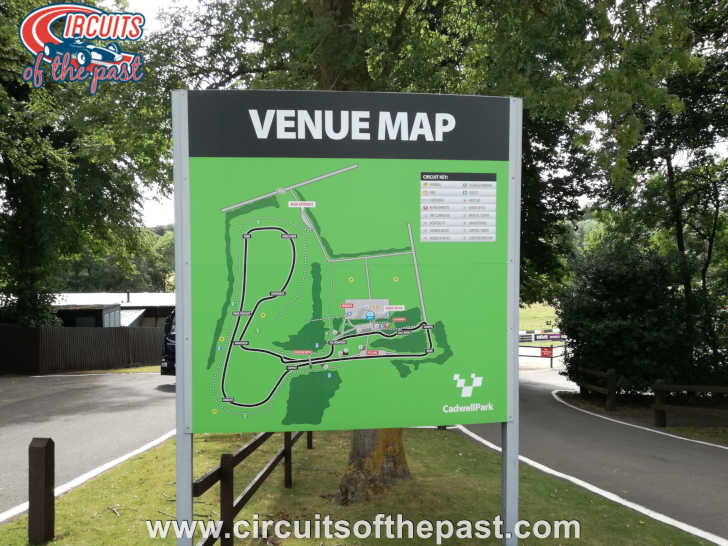 Cadwell Park has been mainly used for motorcycle racing since its inception. Yet there have also been car races such as the British F3 Championship. Nowadays many Track Days are also organized for cars. 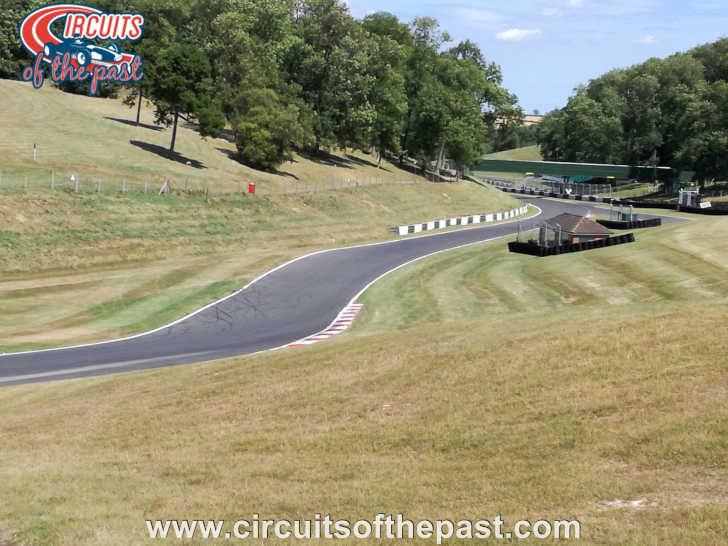 Interesting to tell is that Cadwell Park has also been used as a filming location for the movie Rush and for the TV show Fifth Gear. Rush is a movie about the rivalry between Niki Lauda and James Hunt in the 1976 Formula 1 season.

My visit to Cadwell Park

It was Thursday, August 2, when I leaved Ripon and headed to the south. My vacation in England was almost over, but I would visit two more circuits on the way back. The first one was Cadwell Park.

In the past I have seen a lot of races on the British circuits on TV, but I had never heard of Cadwell Park until recently. When I announced in 2017 I wanted to make a Circuit Tour in England in 2018, a member of the newsletter tipped me off about this circuit.

I went looking for information about this circuit and discovered that Cadwell Park is a kind of a miniature version of the Nürburgring Nordschleife. This circuit should certainly not be missed on this trip!

When I announced my visit via Twitter, Calvin, one of my Followers, responded. He lives near the circuit and was eager to come by that day.

In the morning I arrived at Cadwell Park. That day there was a track day which was still in progress. I agreed with the circuit director that I would do some filming on the track during the lunch break. It was my first time at Cadwell Park and I was immediately impressed when I saw the “Mountain Section”. I spontaneously started a live broadcast.

A lap in the Safety Car

During the lunch break they First drove me around the track in the Safety Car to learn the track layout. After that they let me do some laps in my own car, under the condition I would not drive a race speed. To keep an eye on me, the safety car drove behind me. After filming a flying lap, I made a number of stops on the track, so that I could clearly visualize the height differences. 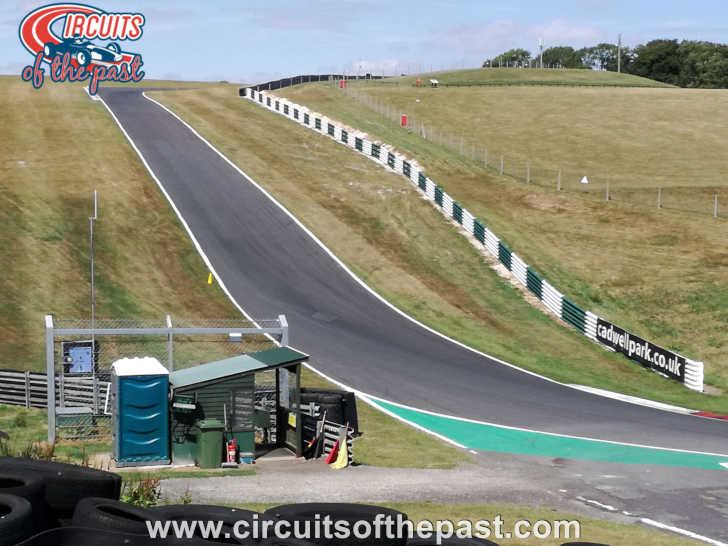 When I finished filming, the director also allowed Calvin to drive. He had come to Cadwell Park with his classic Triumph TR7 V8. The director suggested that I take a seat next to him so that I could experience a proper British Muscle Car.

No sooner said than done and I took a seat next to him and filmed the lap. Also for him, slow driving and the Safety Car is watching you.

After this lap it was the turn of the participants of the track day again. They already stood in line. After a chat with Calvin it was time to move further south. On to the next race track, Brands Hatch.

Video report of my visit to Cadwell Park

Do you like this report of my visit to the Mini Nürburgring? Let me know in the comments!