It’s almost three weeks later since I arrived in the USA. Over a few days I will go back home after a great vacation. After Tombstone I visited the Grand Canyon, Monument Valley, Las Vegas and Calico Ghost Town. I spent the last week of my vacation in Los Angeles and one of the last days I visited the street circuit of Long Beach. 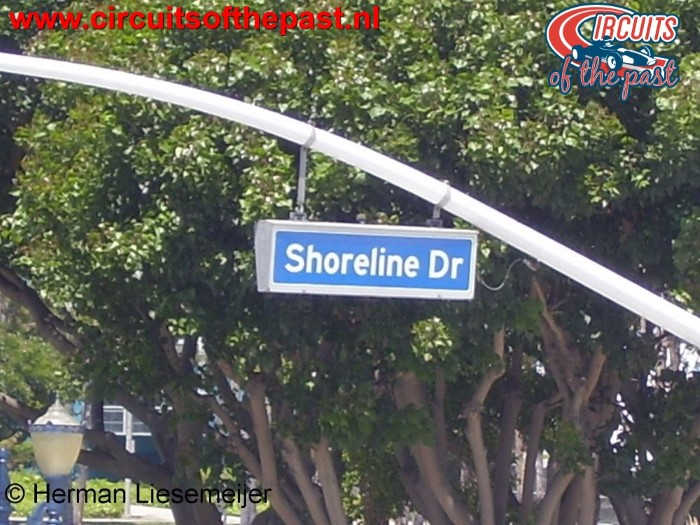 The street circuit of Long Beach was used for the first time in 1975. Today it is best known for the IndyCar Toyota Grand Prix. But from 1976 to 1983 it was also the scene of the Formula One Grand Prix of the USA.

In 1980 fellow Dutchman Jan Lammers qualified fourth for this race. It would be the best starting position for a Dutchman for more than 30 years. But today, Max Verstappen deserves this honor.

Over the years, the lay-out of the track changed several times. However, what never changed is that the Shoreline Drive has Always been a part of the circuit in all versions.

Tyre marks in the pit lane 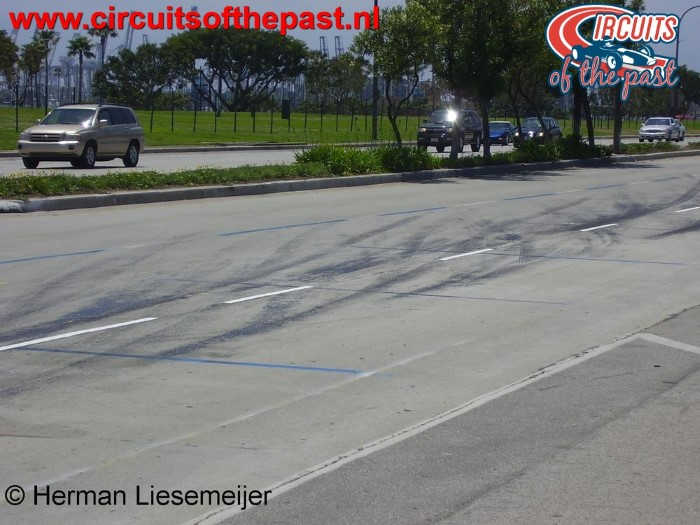 After a 45 minutes ride from my hotel in Los Angeles, I arrived in Long Beach. The excitement rises as I enter the Shoreline Drive, which I know from the IndyCar races on TV. The right side of the road is the pits during races, which is easy to recognise on the tyre marks.

The left side of the road is the Start/Finish straight. However, it would not be a good idea to drive on the left side now, so I have to use the “pit lane”. In front of me a pedestrian bridge that looks like a rollercoaster. To be hounoust, when I saw this bridge on TV I allways thought it was a rollercoaster. But it is a remembrance to luna park “The Pike” which was here in the old days. 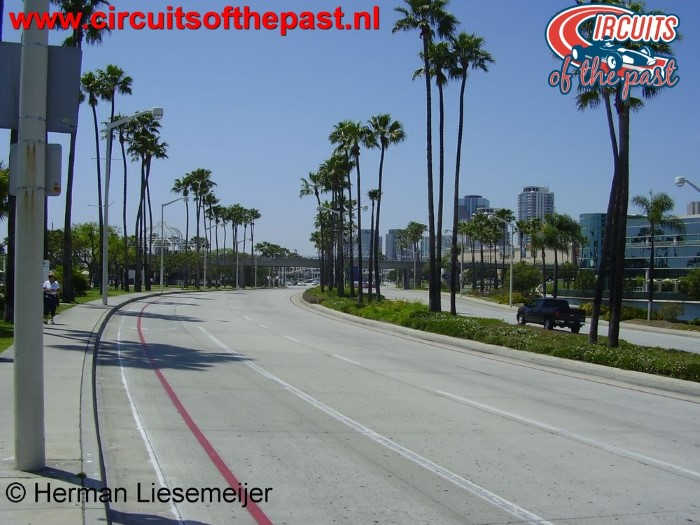 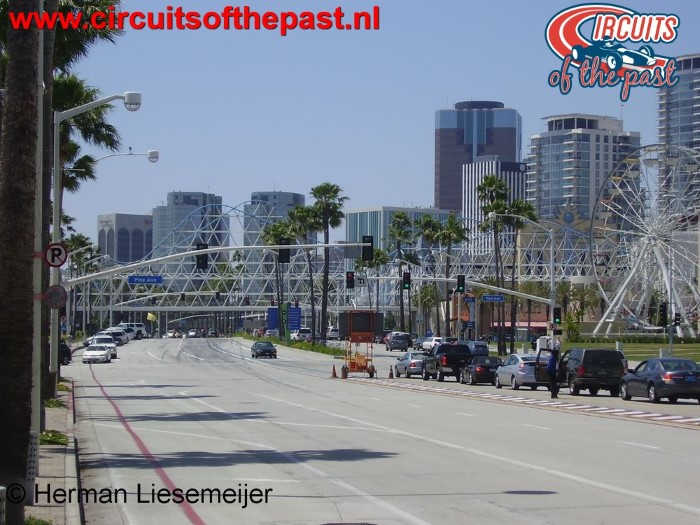 After a few turns I arrive at the Seaside Way, during races the back straight. The last part of the Seaside Way dead ends next to a parking lot. Some concrete walls of the race track are stored here and separate the parking from the road. During races the parking lot is a part of the track. So I parked the car on the road and took some pictures here. 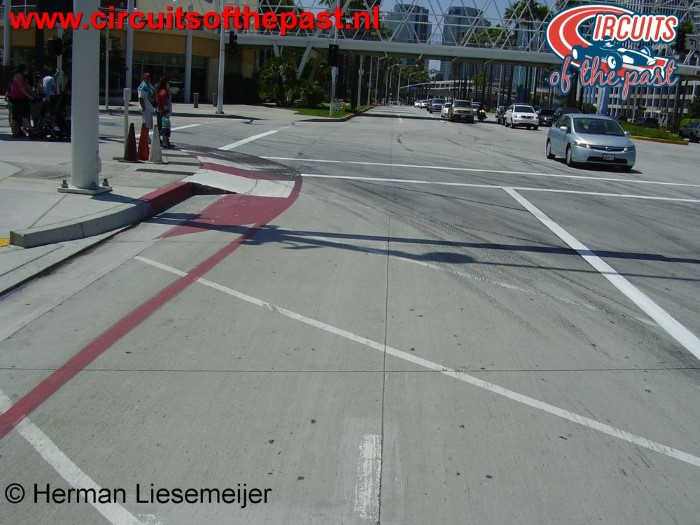 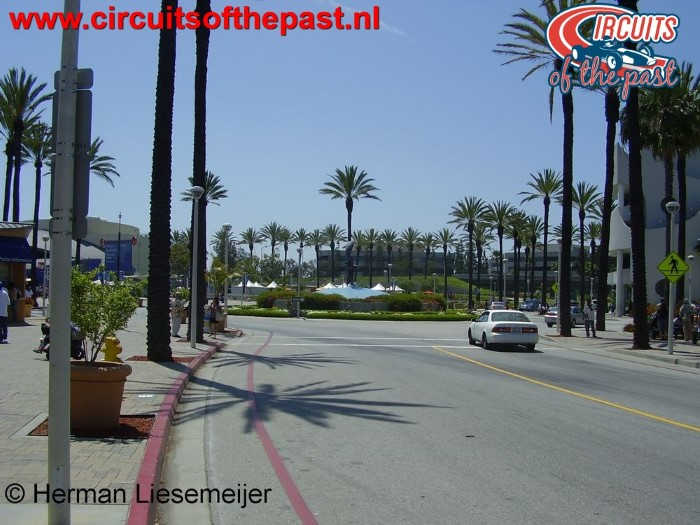 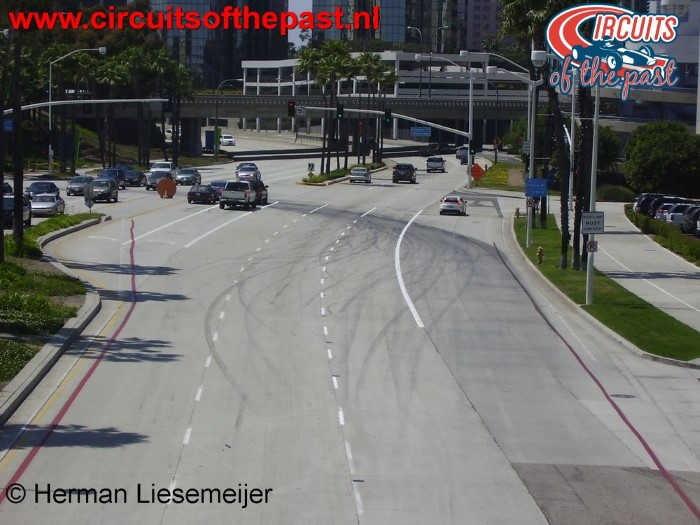 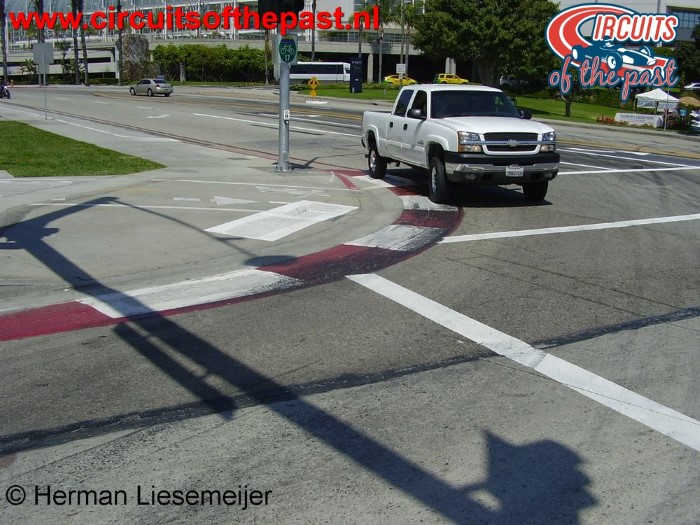 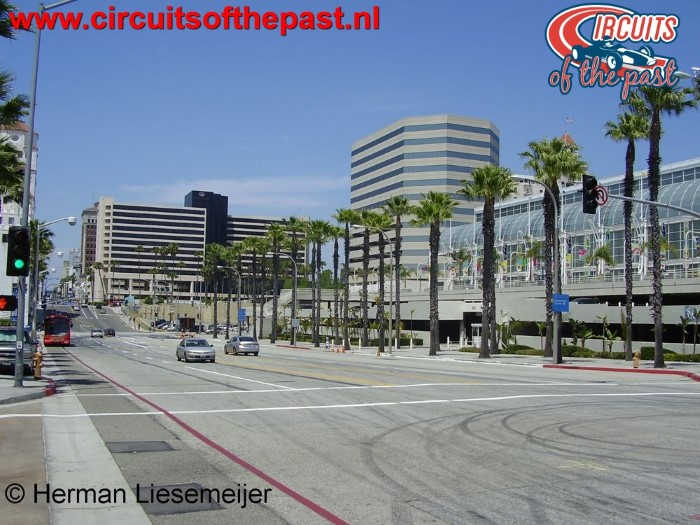 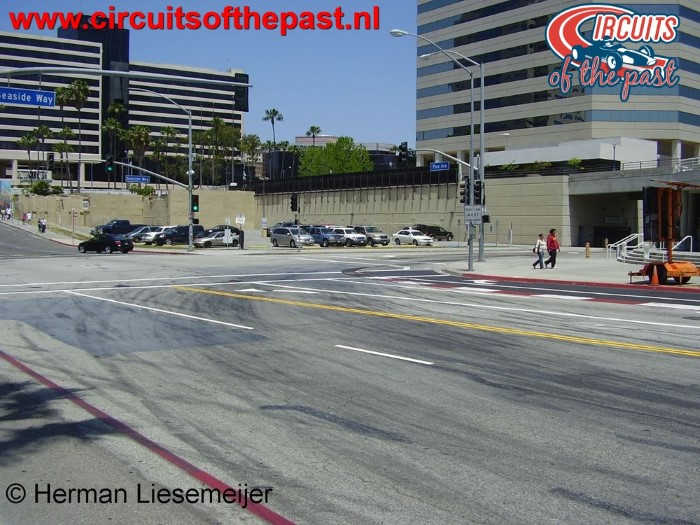 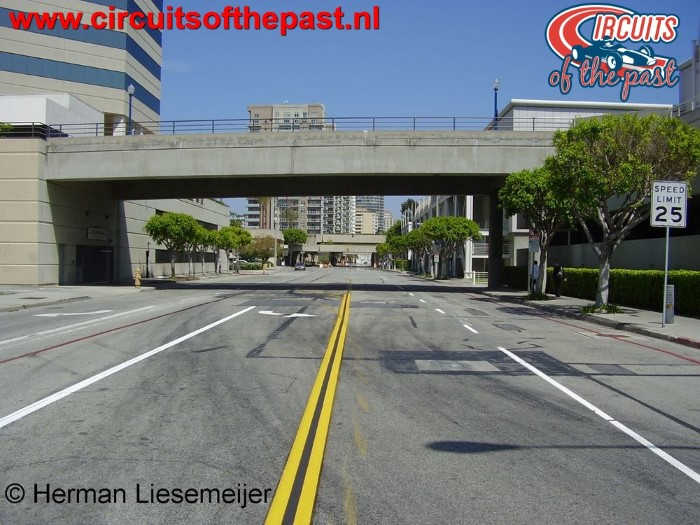 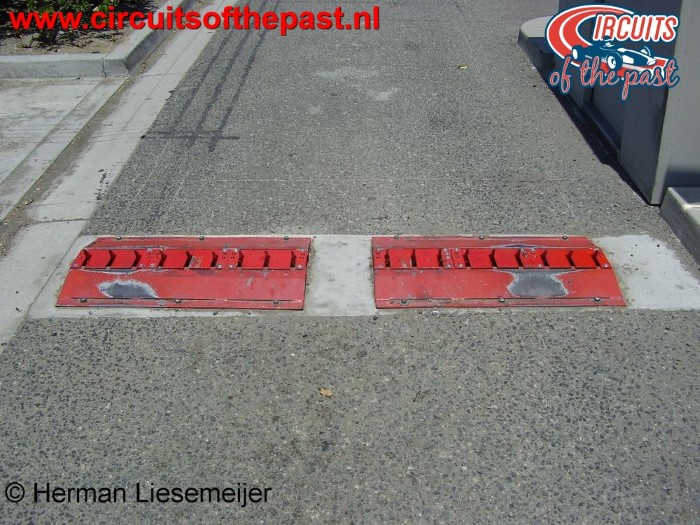 I park the car along the curb and walk to the parking lot to take pictures. Here is a grandstand and on the asphalt you see the Lines and kerbstones of the race track. The following hairpin is on the Shoreline Drive itself.

The Indy Cars leave the parking lot in the opposite direction of the traffic, than turn 180 degrees to Start/Finish. If there are no races, like today, the hairpin is used to store more concrete walls of the race track. 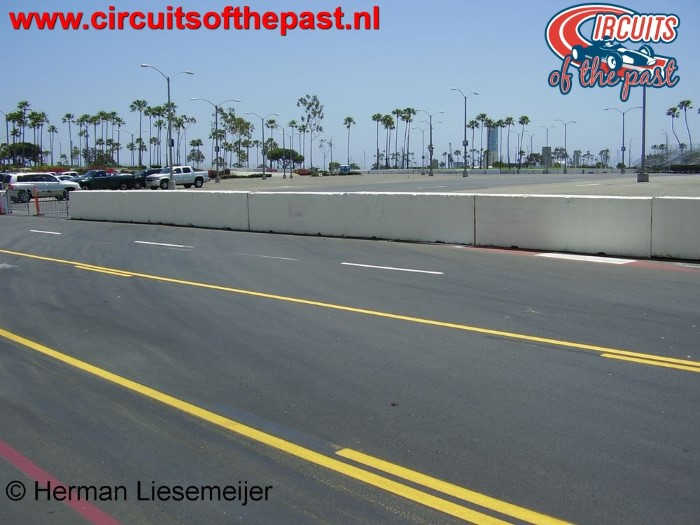 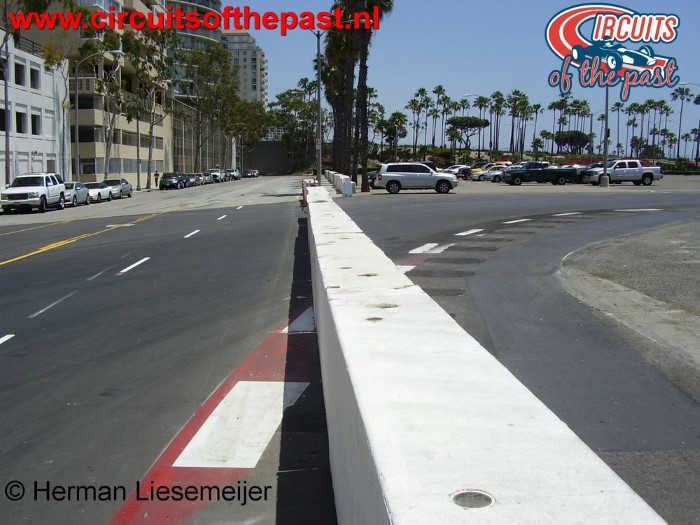 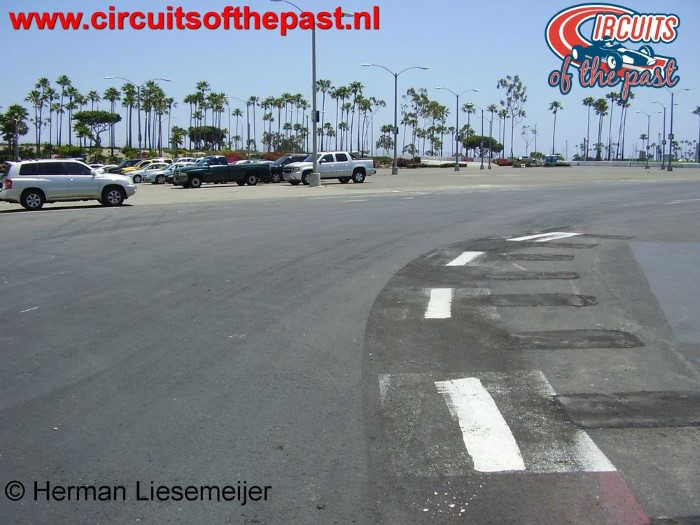 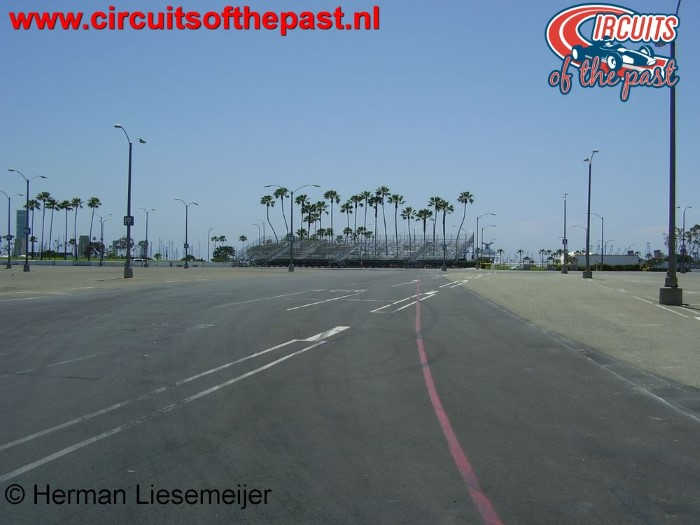 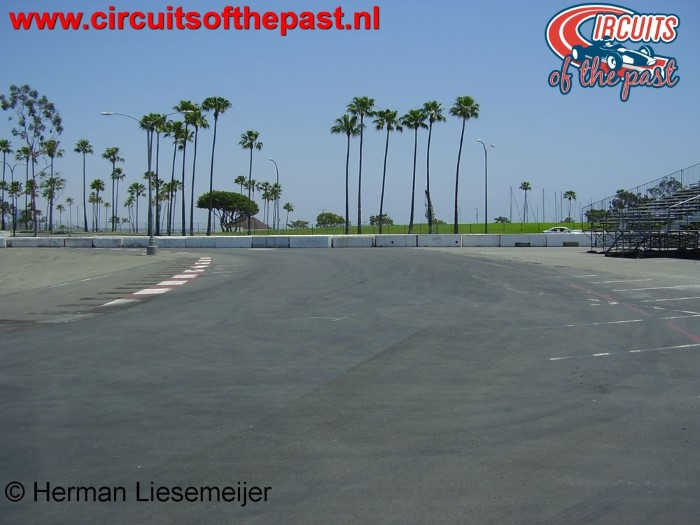 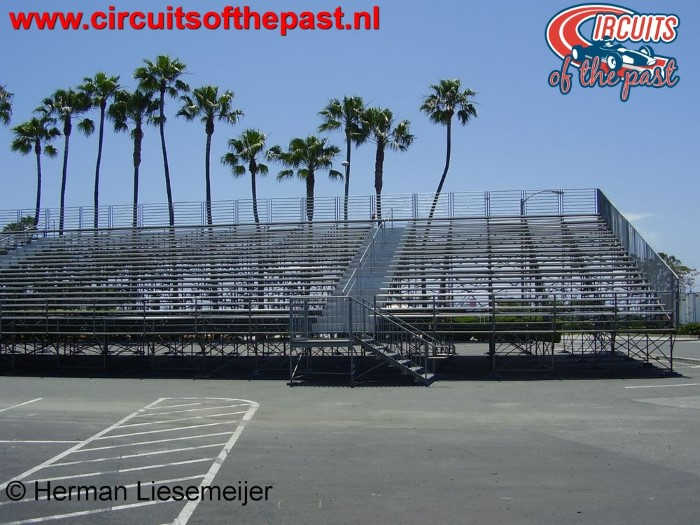 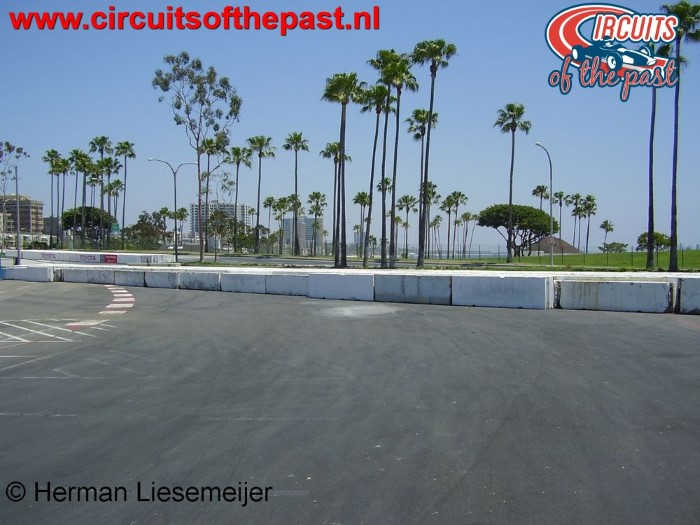 The lap at Long Beach completed

After the dinner I continued my way and made some pictures of the Start/Finish area. Then I went back to Turn One, which is easy to recognize on the kerbstones and tyre marks. 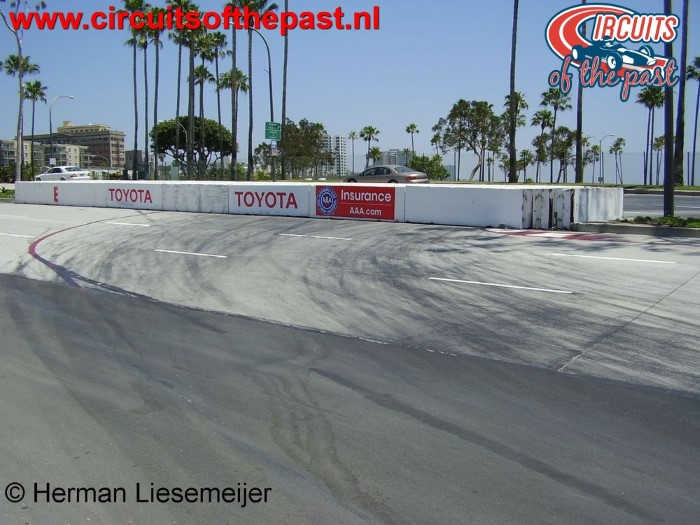 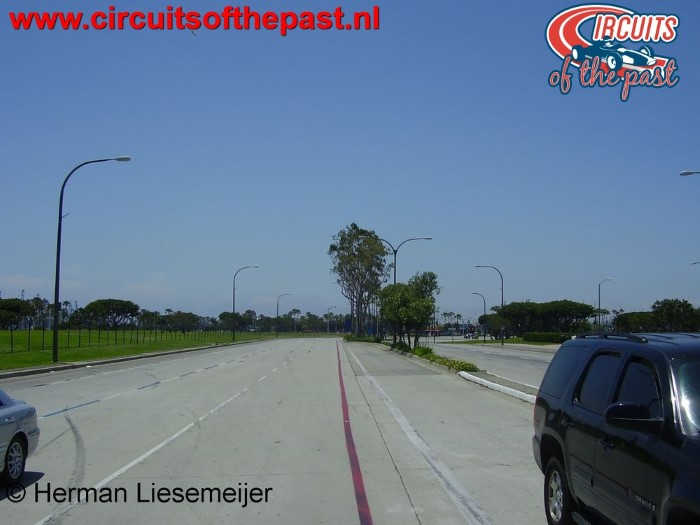 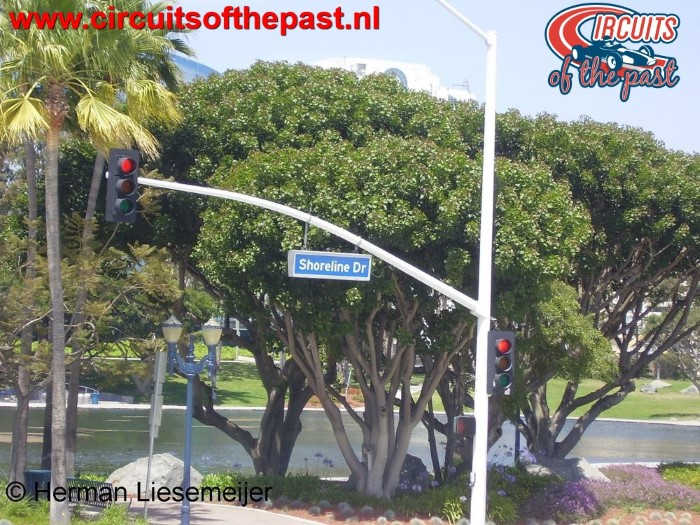 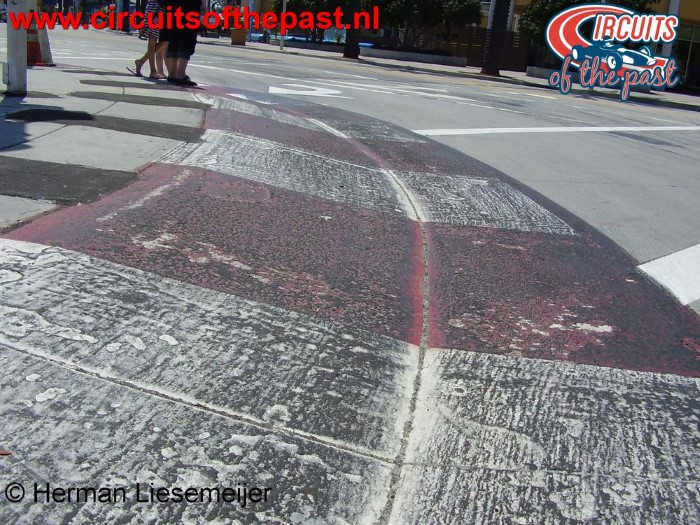 On older versions of the Long Beach circuit, they turned right at the end of the Shoreline Drive. But since 1999 they turn left to a new section with a roundabout. After this section they enter the Shoreline Drive again in the other direction to turn lef ton the same junction. When I want to make a picture of this corner a white pickup truck just stopped there. 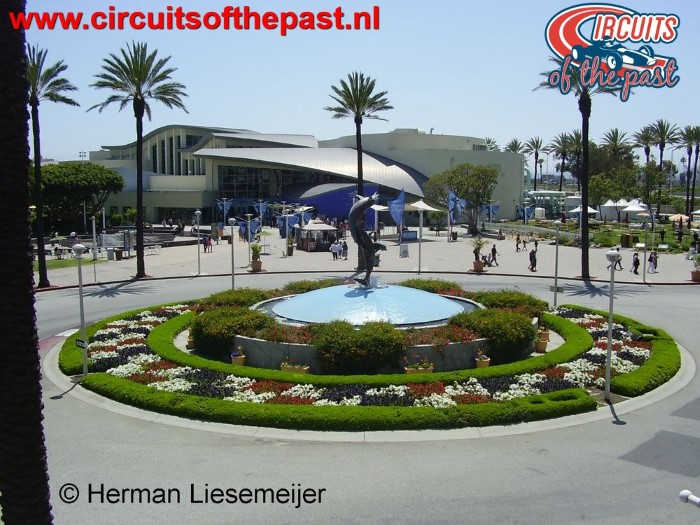 From the “rollercoaster bridge” I made some nice pictures of the track and it struck me that everything there is named to the old amusement park “The Pike”. Walking back to the car , I take a picture of the back straight before I went back to my hotel. Over a few days I would go back home, tired but satisfied. The USA is a beautiful country which I want to visit again. And off course some race track too. 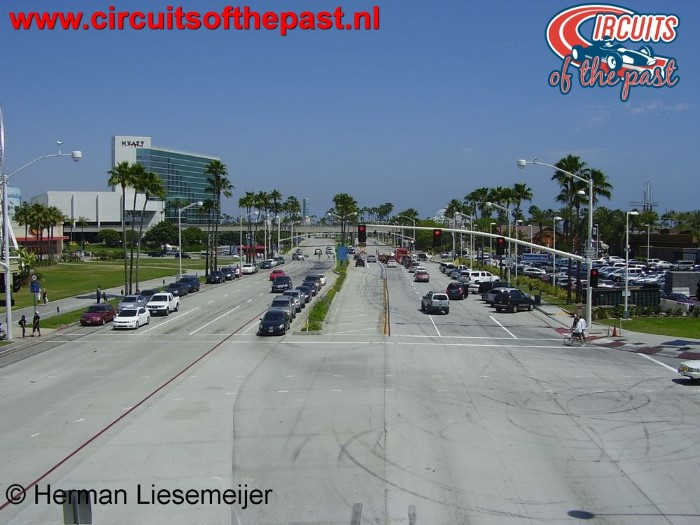 So far my blog post about the Long Beach street circuit. I hope you enjoyed it. If so, comments are appreciated! 😉