Recently I visited the old circuit location of Nivelles. Entering the site I was pleasantly surprised by the presence of a restaurant called “The Circuit”. Nice that they keep the memory to the circuit alive this way…

A lap at Nivelles-Baulers anno 2013

I started with a lap around the circuit, as far as possible. I drove through my beloved “Big Loop” and thought back to my First visit in 1998 when I did this corners with 120 Km/h, which was easy so I want to do it much faster the next lap. Than a big bump and the car bounced to the outside of the corner. This was caused by a prolapsed concrete slab under the asphalt. 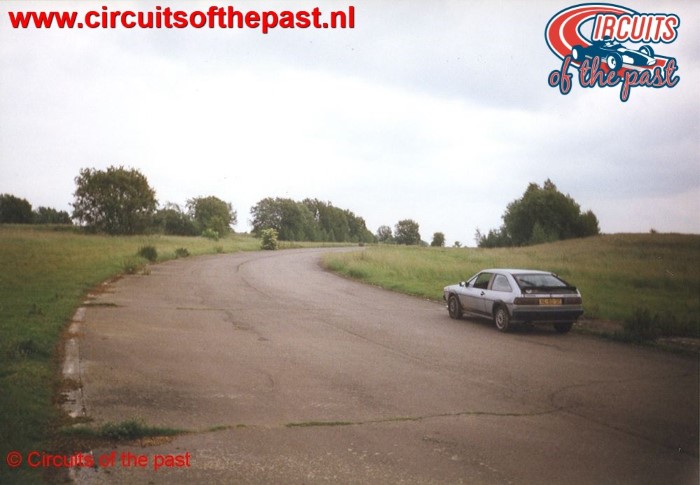 Back to 2013. Today there is smooth new asphalt here, but it is now public road so I have to do it much slower. Looking to the elevation in the second corner of the “Big Loop” – first descending and at the end of the corner climbing – I presume that designer John Hugenholtz thought on the Scheivlak Corner at Zandvoort when he designed this one.

But the “Big Loop” is even faster than the Scheivlak Corner. Unfortunately, the circuit of Nivelles-Baulers was going into history as a flat and boring circuit… A comment on Facebook came to my mind: “If the Big Loop was like it is today no way that this was a boring circuit”.

A new path at Turn 4

Arrived on the site of Turn 4, the left-hander after the “Big Loop”, I saw that a new patj is being constructed. I parked the car and walked over the new path and looked if there was something left of the old corner. But only on the trees you could recognize the site where the corner was. 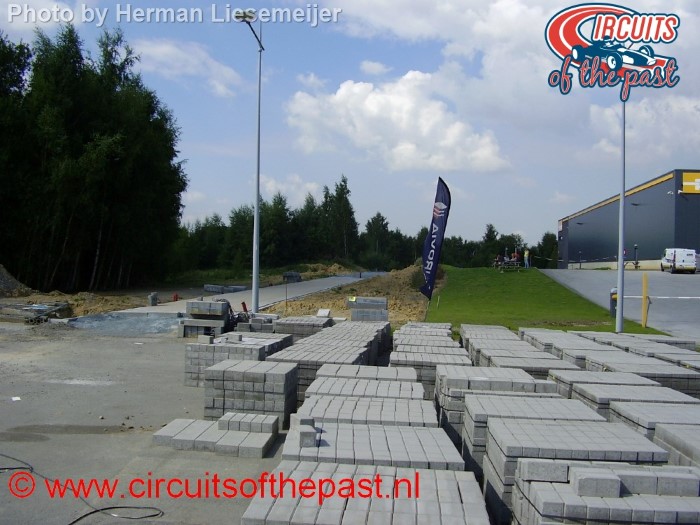 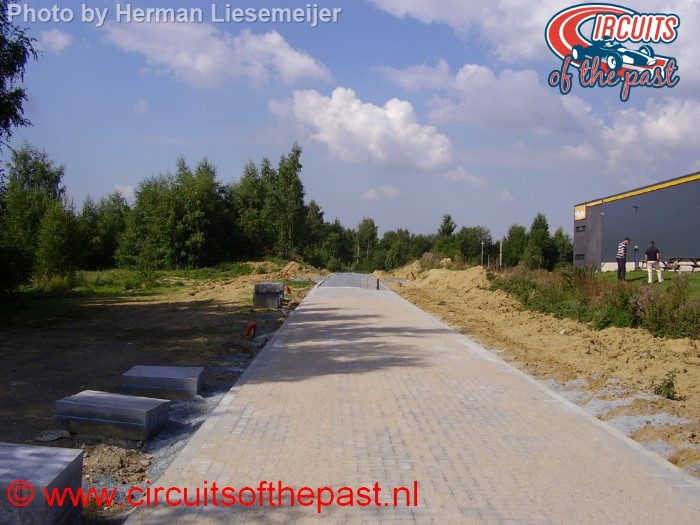 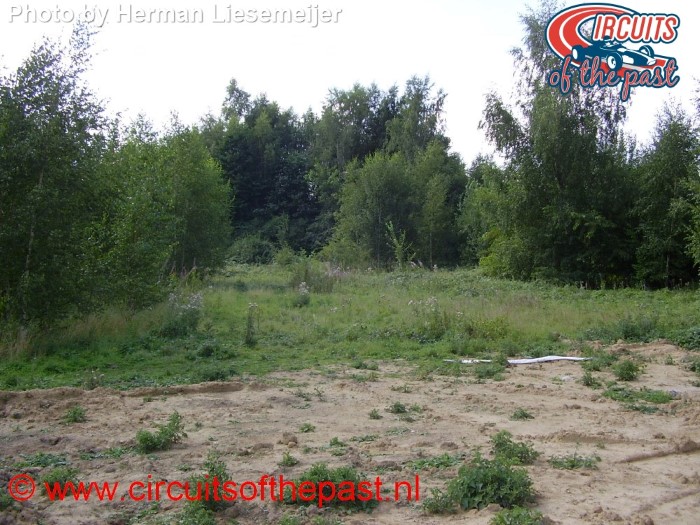 On the space between the trees you can see where the corner was. 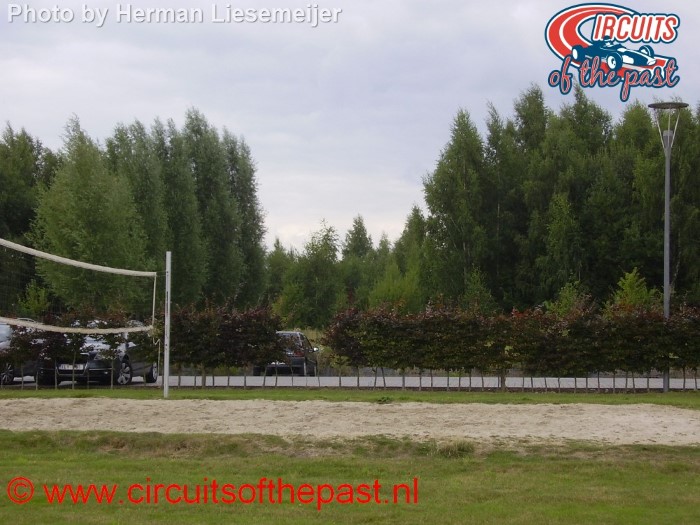 Taken from the other side. Again, the gap between the trees marks where the circuit was. Should the volleyball players realize that they play in the middle of a race track?

A fence on the back straight 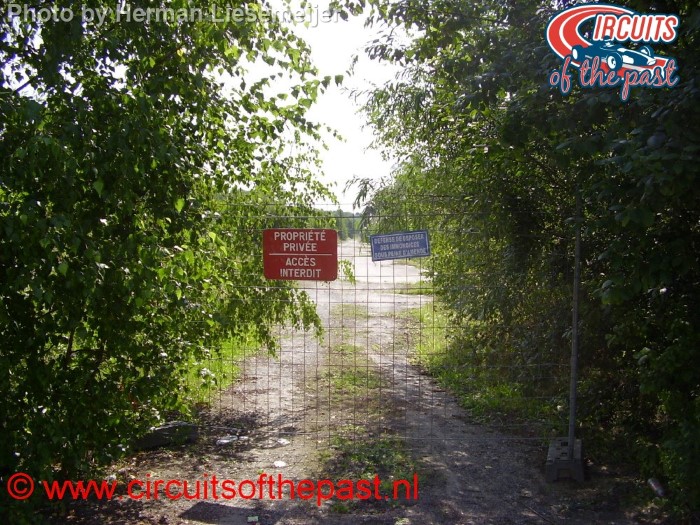 On the back straight is stil a fence which separate the business park from the last remains of the circuit. About 6 months ago someone sent me a picture of this part with a dragline. So I wouldn’t be surprised if this part was reconstructed to a business park too. But there where no signs of activity on this part at all.

After I made some pictures I went to the restaurant. Inside where many pictures of the good old times of “Circuit de Nivelles-Baulers”, and on the ceiling was a model of the circuit. While I watched the model a man handed me a buisiness card, it was the creator of the model. After a little chat (which was difficult because he only spoke French) about the circuit I went back home. 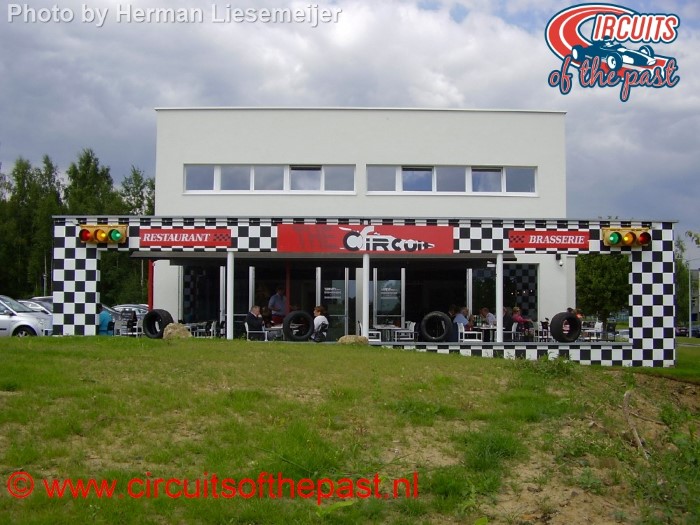 The old entrance of the Nivelles Circuit

On the road to the highway I saw an old gate. I remembered this gate, it was an old entrance for the spectators which I photographed once, many years ago. But unfortunately the gate was closed that time. By contrast, today the gate was open so I parked my car on the old entrance. Behind the gate I was pleased with the surprise I discovered. 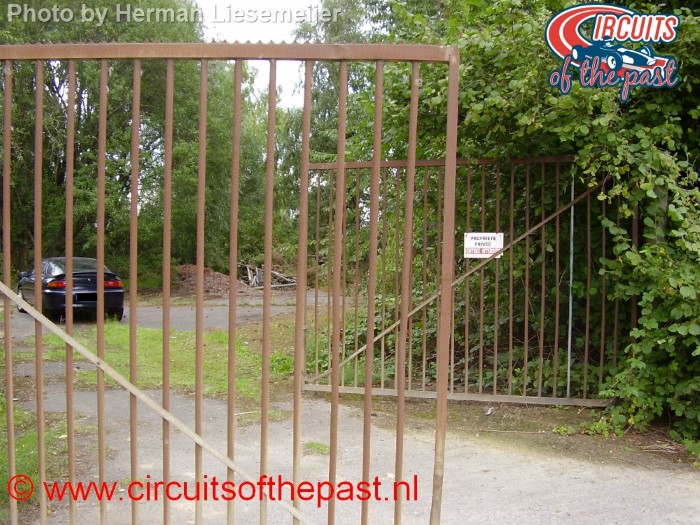 On the left-hand side was an old wooden framework of an old billboard. The billboard itself was broken on the ground in front of the framework. On the right-hand side some bumps debris, where I recognized the poles and gauze of old “catch fences” who where usual in the seventies as a precursor of the gravel traps. And a little further in front was the foundation of the old ticket boxes!

For the average passant this will be a junk yard, but for me a reminder to a circuit of the past. 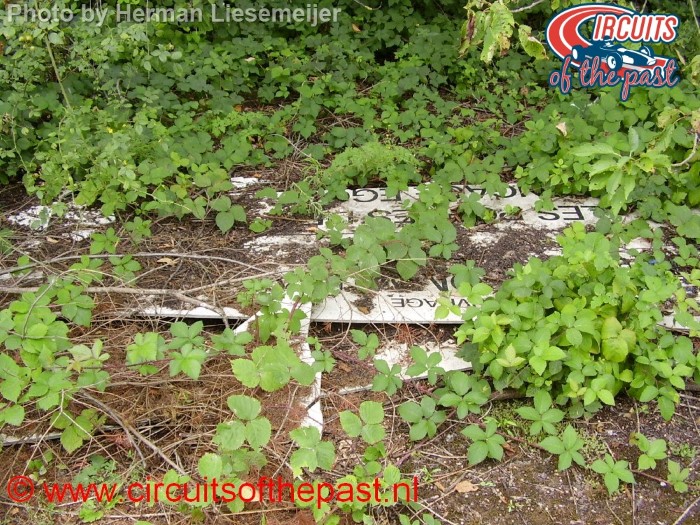 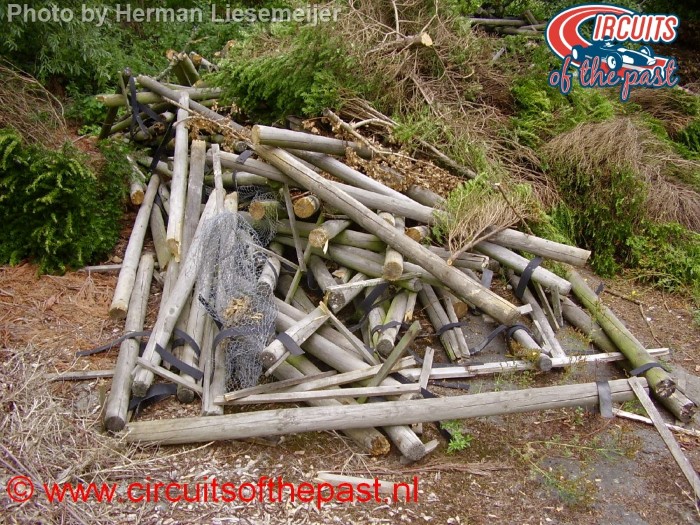 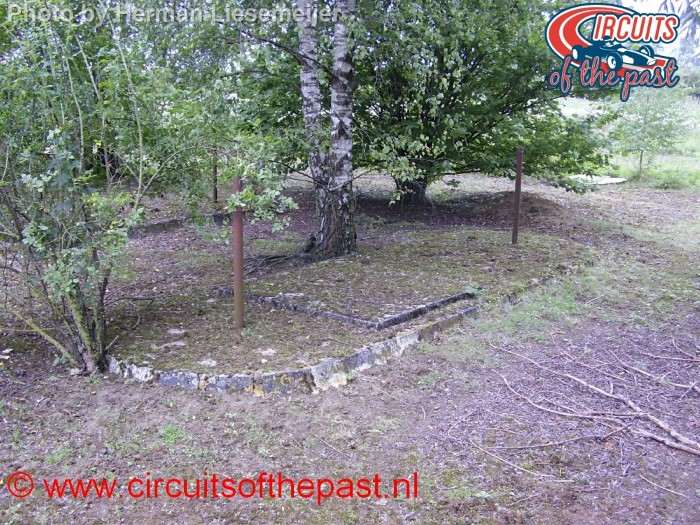 So far my report of my most recent visit to Nivelles-Baulers. I hope you enjoyed it and I would appreciate it if you leave a comment.