A lap on the old Österreichring, made by Michael Draye in October 2006. That time the circuit was closed and left abandoned. In this article you see pictures of the abandoned circuit ruin. Fortunately the track reopened in 2011. Neverthless, it’s an interesting photo report from a dark period of the Österreichring, today known as Red Bulle Ring.

A layover of the old and new circuit. The grey part is the original Österreichring, the red part the current Red Bull Ring. 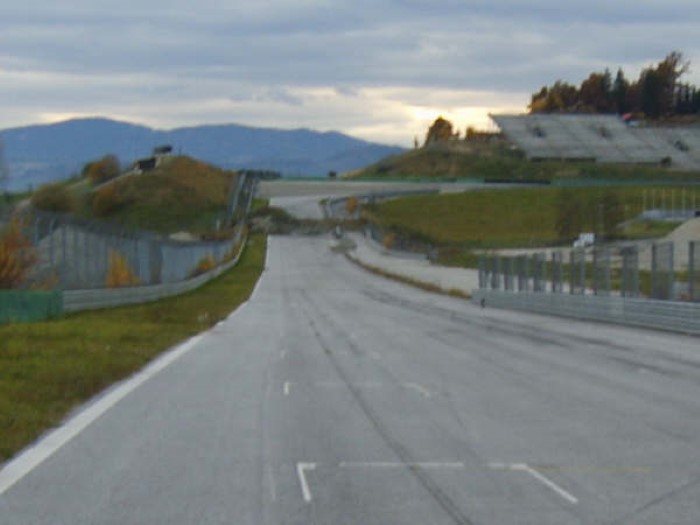 We start our lap at Start/Finish.

The tunnel is gone! 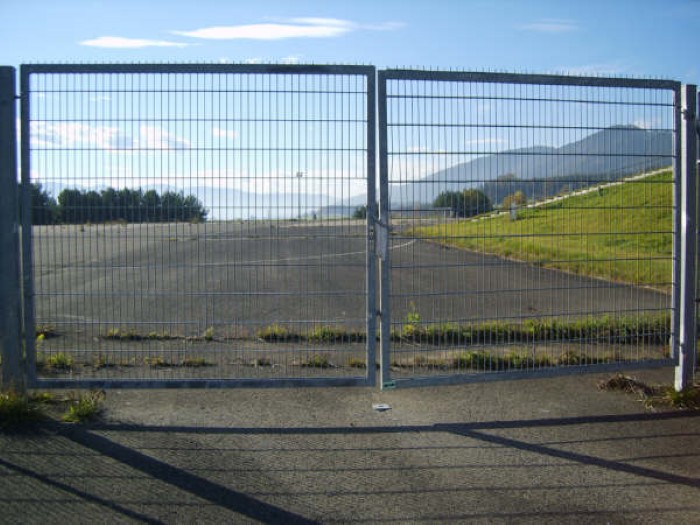 Behind the run off area from the first corner of the current Red Bull Ring, you will find this fence leading to the old “Westschleife” of the Österreichring. 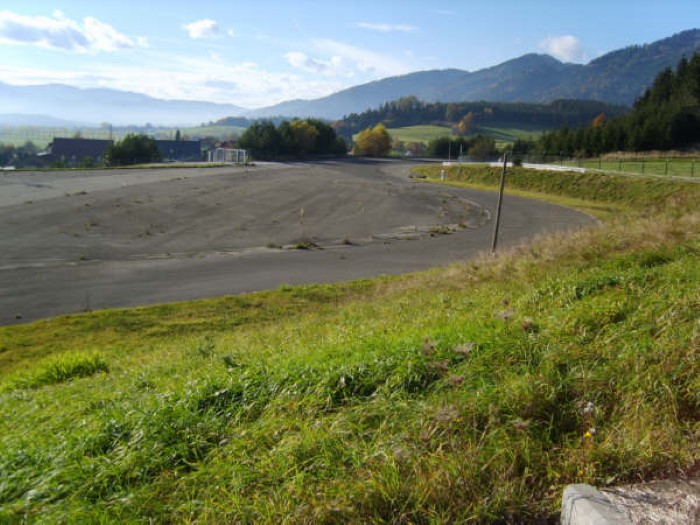 The first corner of the old Österreichring, the Hella-Licht. Original a fast long right hander but since 1977 a chicane was added to the corner. 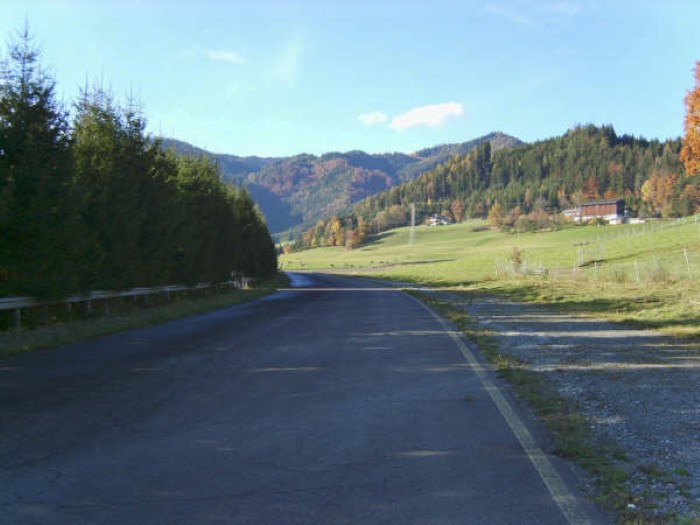 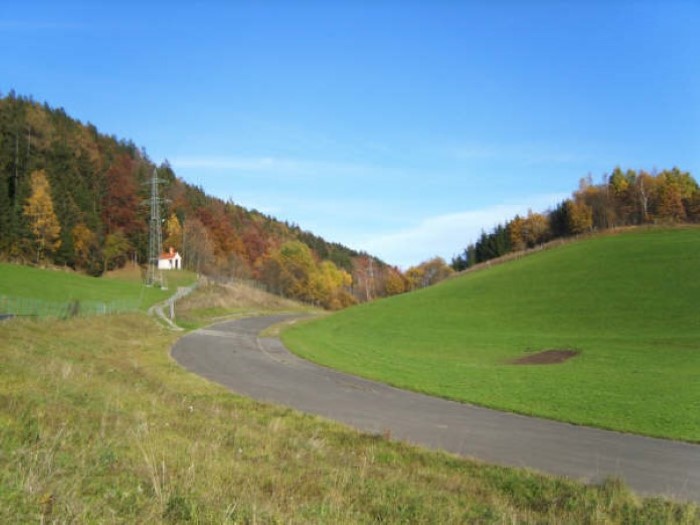 The Dr. Tiroch Kurve (Kurve is German for corner), a long right hander. 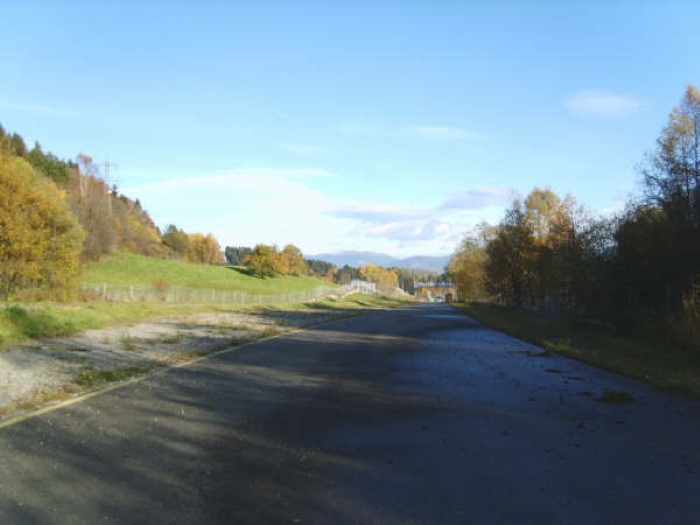 This is the highest point of the old Österreichring. From here we go downhill at the Valvoline-Gerade (Valvoline Straight). 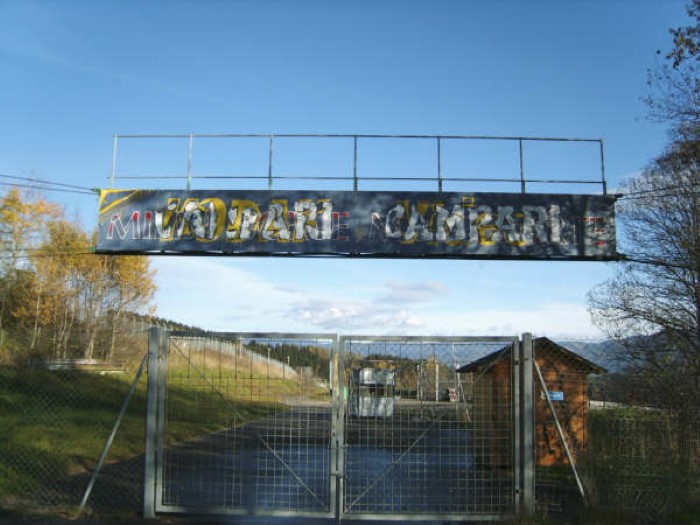 Another fence at the point where we’re leaving the lost part of the Österreichring.

At the end of the Valvoline-Gerade the Bosch Kurve was waiting. Original it was a hairpin with no run off area! Since the rebuilt to A1-Ring the hairpin has moved inside to create space for a gravel trap. 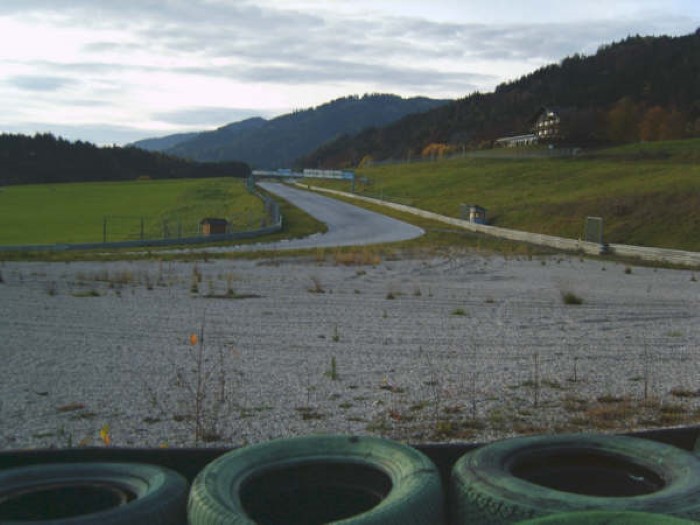 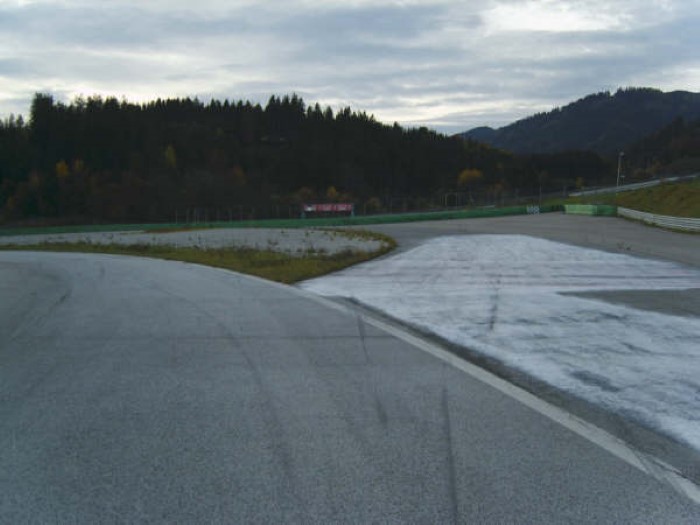 Short after the Bosch Kurve came two fast lefthanders. With the reconstruction of the circuit to A1-Ring/Red Bull Ring, the corners where moved inside with a smaller radius. The asphalt which follows a wider radius is a part of the original circuit (See also the map on top of this page). 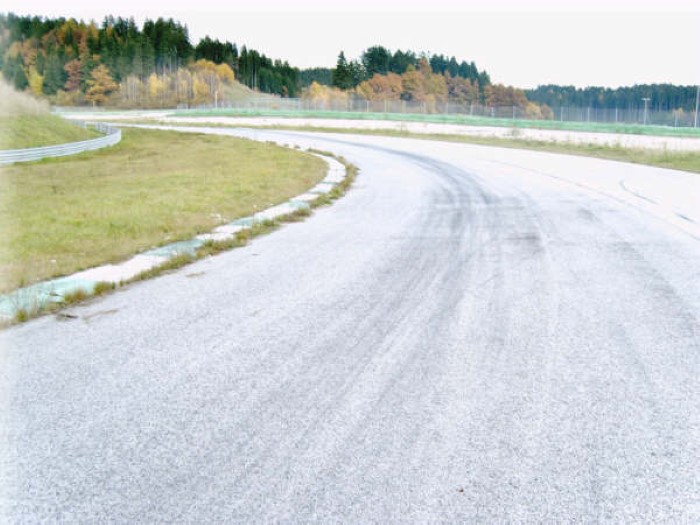 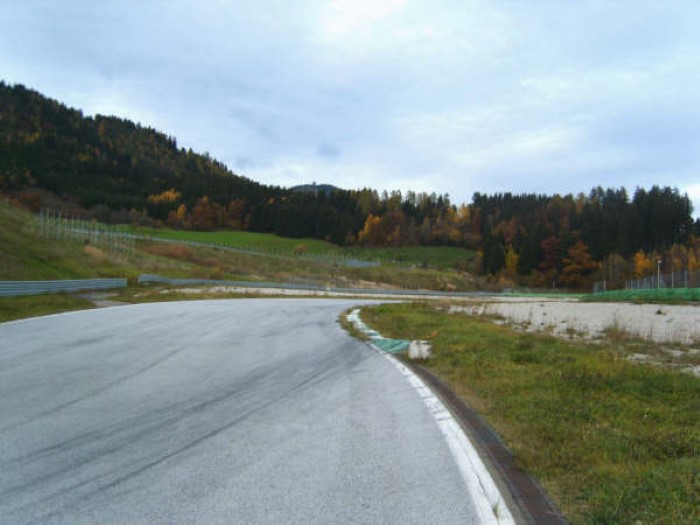 After the double lefthander a right kink leading to a straight. 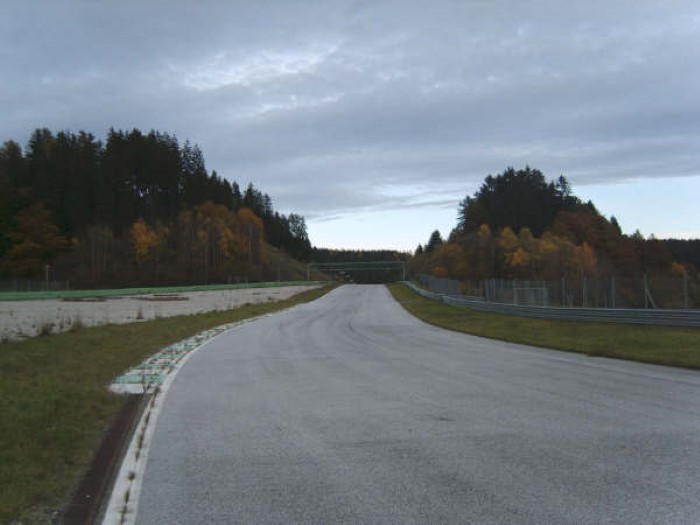 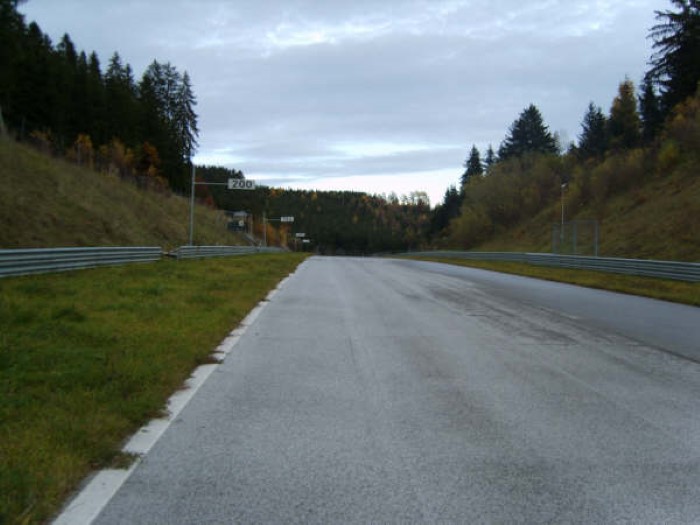 At the end of this straight was a long fast right hander, the Jochen Rindt Kurve. Called after the late Austrian Formula 1 driver who became posthumously World Champion in 1970. But also this corer has been changed when the circuit was reconstructed to A1-Ring. 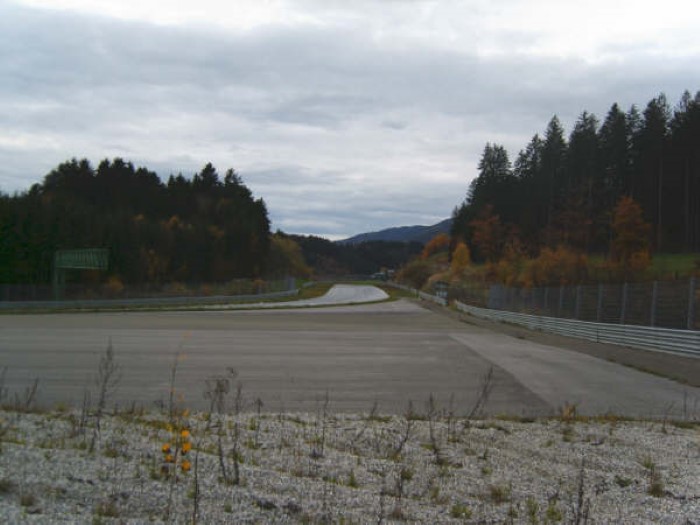 Now there it’s a combination of two corners, the first is a middle speed corner… 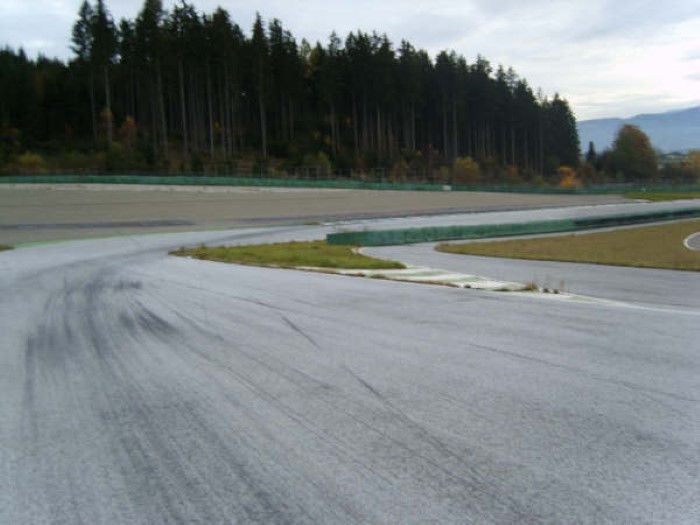 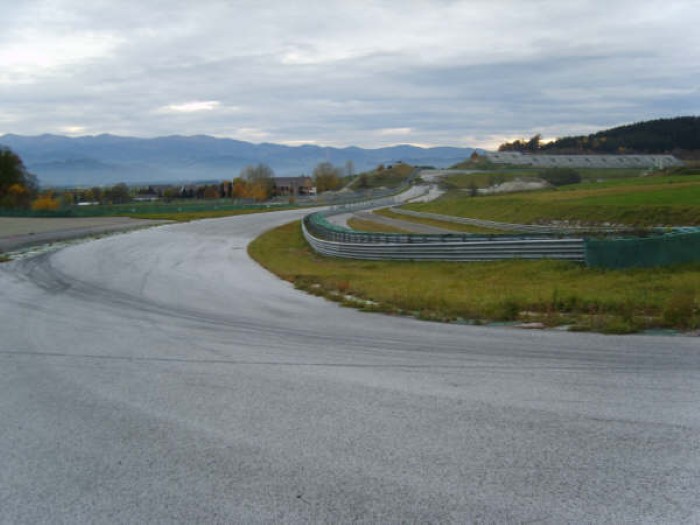 At the end of the new corner you can recognise the exit of the original Jochen Rindt Kurve. 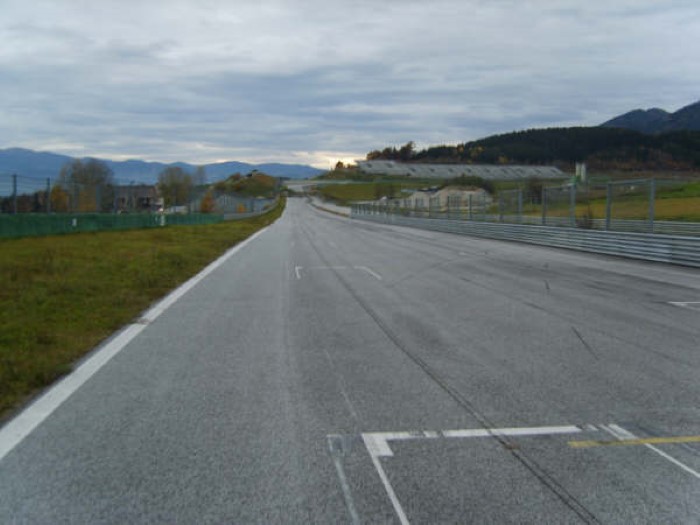 And here we’re back at Start/Finish.