It was Friday June 29, 2016 in the early morning when I leaved Nuremberg with destination Sachsenring. Todays Sachsenring is well known for the German Grand Prix for motorcycles, but I was mostly interested in the old street circuit. The old track is still in tact, except the old Start/Finish straight. After a 2 hour drive I arrived at the current circuit, which looks more like a business park than a race track. 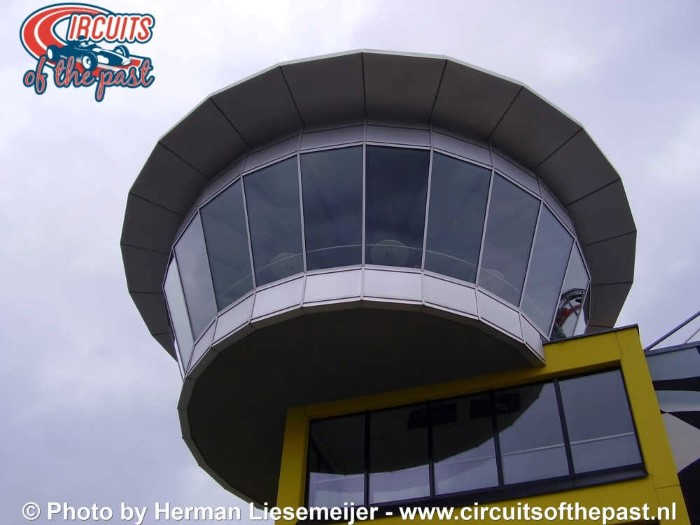 The new and old Sachsenring

First I park my car by the new control tower. When I make some pictures of it I hear the sound of motorcycles on the Start/Finish straight. Through an open gate I reach a site where I can oversee the straight and I make some film shoots.

Then I mount the camera behind the windscreen. My next aim is to film a lap at the old street circuit. In preparation I had studied the area with Google Earth and an onboard video at YouTube. And to be sure I would not get lost, I had a laptop with a map of the track in front of the passenger seat. 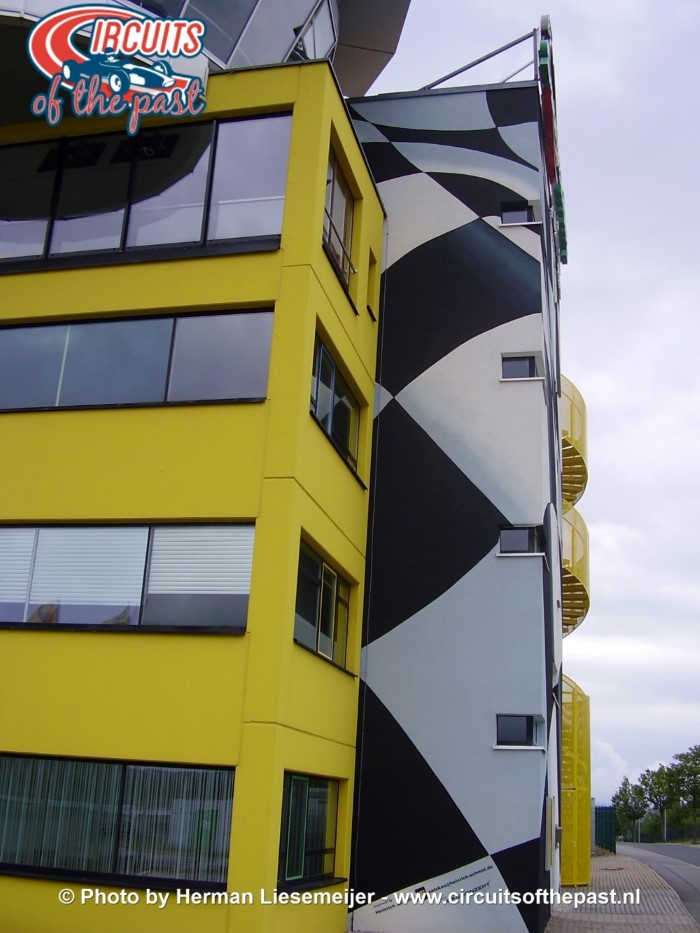 A lap on the old Sachsenring

To reach the point where the remained part of the old street circuit start I need to cross the current track. A funny road with huge elevations lead me through tunnels underneath the permanent circuit.

Filming the first part was easy. But on a certain point I presumed that I was at Bodberg, where I should turn left. But soon I discovered I was on the wrong way. I restarted my lap on an intersection where I still need to make a cut in the video. The real Bodberg Corner was just a few yards further than where I turned left before. 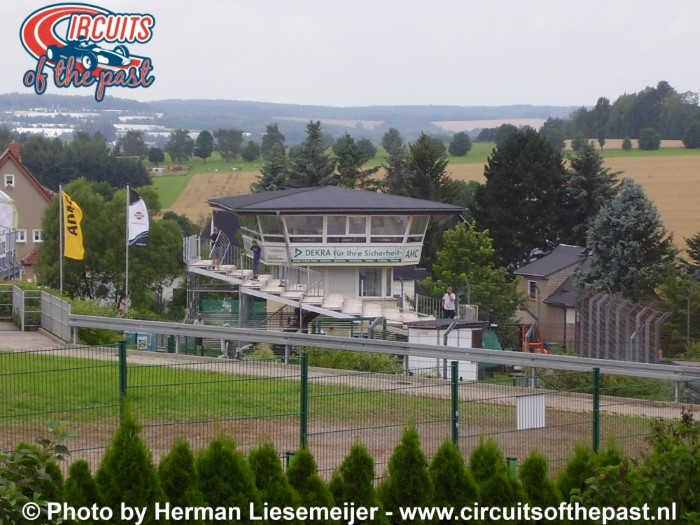 The Bodberg Corner is a sharp left-hander which you have to turn in very late. And therein lies a danger, because others could think you go straignt on. It’s like this that 99,9% percent of the motorists turn in a corner too early. That’s a mistake you see all over the world. And if they do it that way, they expect it also from others…

A few yards further I leave the urban area and enter the best part of the old Sachsenring. But I still have to wait a little before I can put the pedal to the metal. First I have to pass two speedcams which are positioned next to a gas station.

Beyond is a fantastic corner called MTS-Kurve (Kurve is German for corner). It’s a fast right-left combination with some great elevations. This was withoud a doubt THE corner of the track! Moreover, I was lucky that there was no other traffic so I could take that corner with enough speed to have fun.

After the MTS-Kurve was a short straight. According to the map I should turn left at the end of the straight. So when I saw a right kink in front and a side road on the left hand I turned left…

But immediately I saw I made a mistake. The road I turned in was a new road on a business park. I was mislead by the fact that the road that looked straight on the map contained a kink. So I decided to see it as a practise lap and restart filming on a new lap.

On my second lap I was less lucky at the MTS-Corner, because at the end there was a slow driving pick up. However, at least I could take the first part of the corner with a good speed. 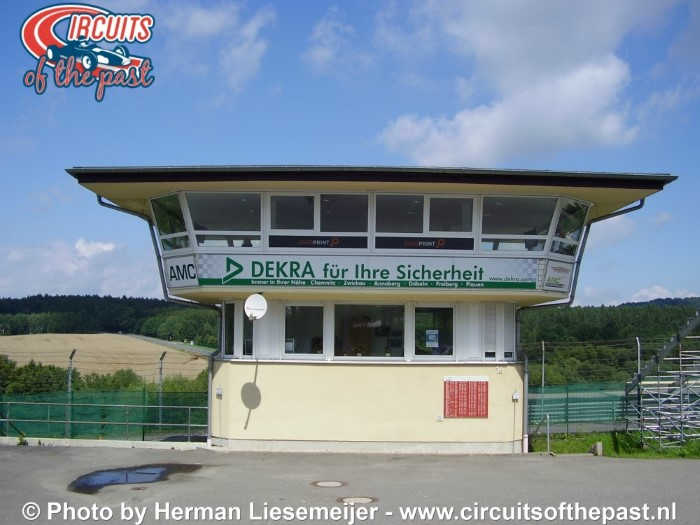 At the end of the lap there is a beautifull straight with great elevations. The temptation to put the pedal to the metal is huge. But this is also where I re-enter the urban area. And moreover, there is a speedcam again!

Then I arrive at the last corner called Queckenberg, not to confuse with the Queckenberg Corner on the new track. Immidiately after Queckenberg you go through a gate and enter the area of the new track. Here ends the old street circuit. In the 90’s they demolished the original Start/Finish straight for the construction of the new permanent Sachsenring. 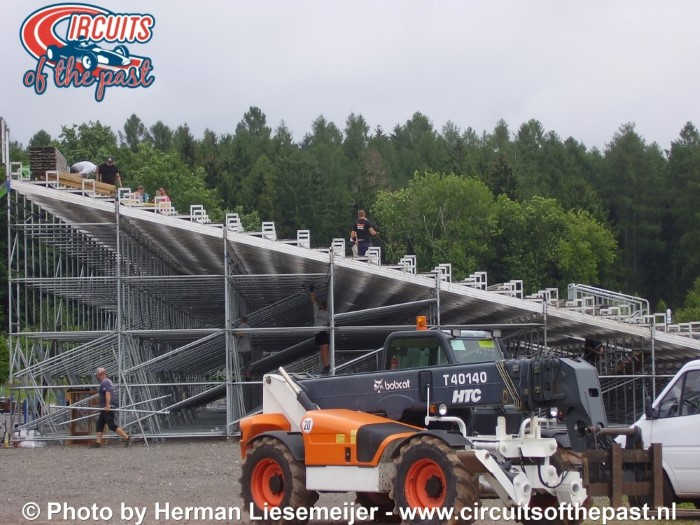 There is another fence which is open. If I can make it through that fence I’m close to the track, but there is a risk they will send me away. I give it a try and will see how close I can get to the track.

I did some video recordings of the participants in what appears to be a trackday for motorcycles. Then it was time to continue my way. My next destination was Dresden where I would spend the rest of the day, and the night. The next day I would travel to Berlin with stops at the Deutschlandring and the Lausitzring. But more about that in another blog post. 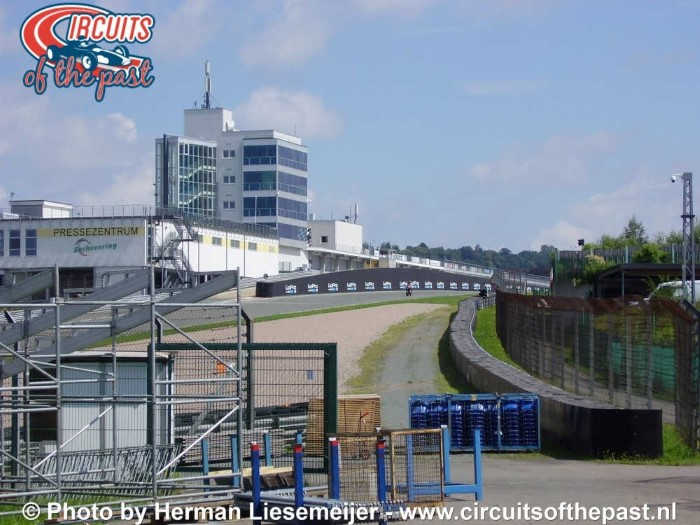 I hope you enjoyed this blog post about my visit to the old and new Sachsenring. If so, comments are welcome! 😉