It’s Saturday July 30, 2016. After a visit to the Deutschlandring in the mornig I drove into the direction of Berlin, where I would visit the AVUS among others. But on the way I would pass another circuit, the Lausitzring also known as Eurospeedway Lausitz. Although it is a modern circuit, I didn’t want to miss this opportunity to visit it. 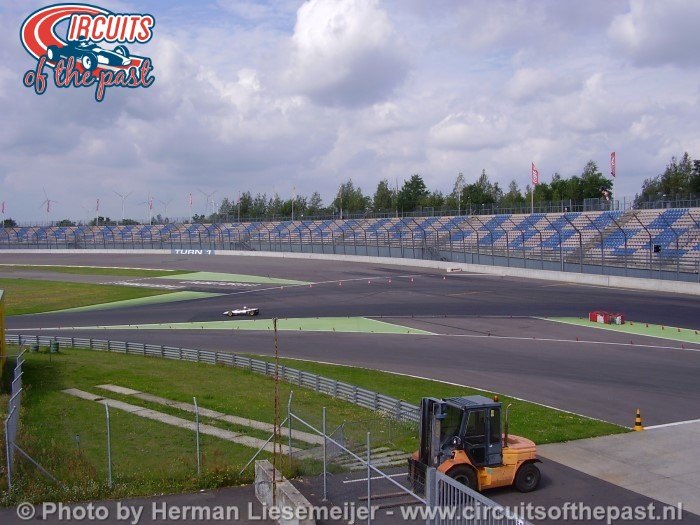 The history of the Lausitzring in brief

The first plans for a permanent circuit in the Lausitz region arose already in 1986, when this part of Germany still belonged to the socialist state DDR (East Germany). The actual implementation was delayed by the opening of the Iron Curtain in 1989 and the subsequent reunification of the two Germanies.

Also the new government liked the idea of a new race track in this region to replace the controversial AVUS near Berlin. In 1998 they decided to close this dangerous street circuit and the same year they started the construction of the new motorsport complex.

A year after the farewell event on the AVUS, the brand new Eurospeedway Lausitz opened in 2000. It was a combination of a tri-oval (Eurospeedway) with a road circuit (Lausitzring) on the infield. There was also a test oval next to the tri-oval. 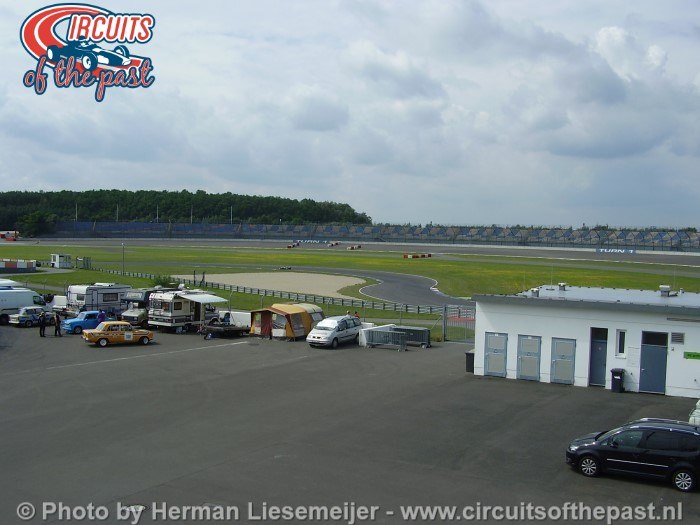 Unfortunately, soon some tragedies take place on the brand new circuit. On April 25, 2001 ex Formula One driver Michele Alboreto died after a crash during testing for the 24 Hours of Le Mans. The same year, on September 15, Alessandro Zanardi lost both legs after a horror crash during a ChampCar race on the oval.

And there was also financial trouble for the Eurospeedway Lausitz, which resulted in a bankruptcy filing in June 2002. On the last day of that year a rescue plan was approved and the track could make a restart. 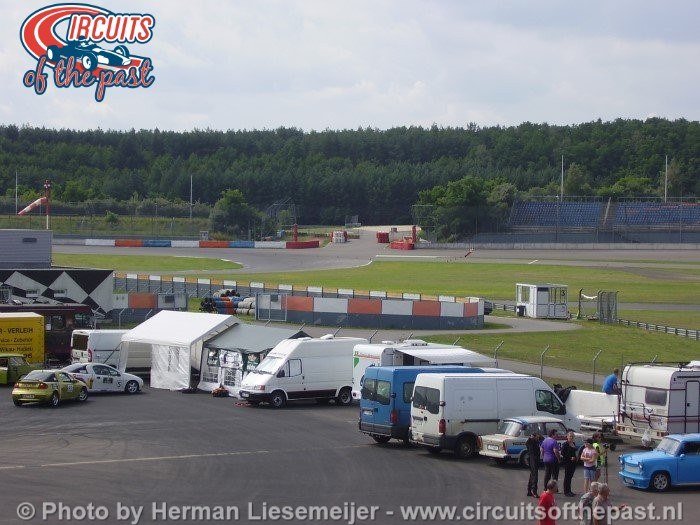 Many years the complex was called Eurospeedway, but since 2010 the name Lausitzring is prominently carried. The oval was not in use for the last years. However, in 2016 an ambitious plan was presented to modernize the oval and bring the American IndyCar and NASCAR series to Europe. No later than 2018, the oval should be operational again…

However, the site was sold to DEKRA in 2017. They want to use the track mainly as a test facility, so it’s now more a test track than a race track. Nevertheless, there are still some major events, such as the DTM. 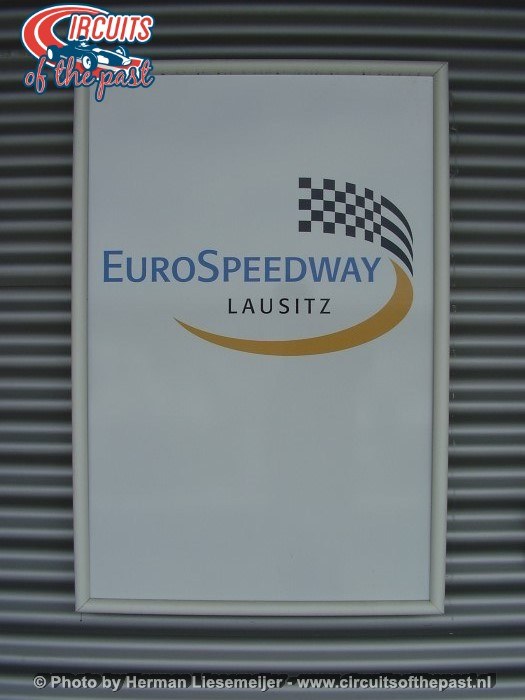 My visit to the Lausitzring

I exit the Autobahn (freeway) A13 near Klettwitz. The Lausitzring is located directly on the Autobahn. First I pass the entrance to the test oval, wich is unfortunately closed. I follow the road around the complex in the direction of the main entrance.

I saw this track many times on TV watching the annual DTM races. This was the first time I would see it in real. I also raced with the simulator on this track, but I must say it was not my favorite. The layout of the road circuit contains only slow corners and offers little challenge. Unfortunately, this is the case by most road circuits built on the infield of an oval.

That day there was a free event called ADMV Classics. But the huge parking lots where empty. The closest parking to the circuit was a smaller parking behind the main grandstand. This parking was was nearly full, but there still was a free space for my car.

The Lausitzring is a typical modern race track with good public facilities. Inside the main grandstand is a restaurant with a terrace from wich you can see the track and follow the races while you enjoy your meal. But there was one thing I didn’t like… 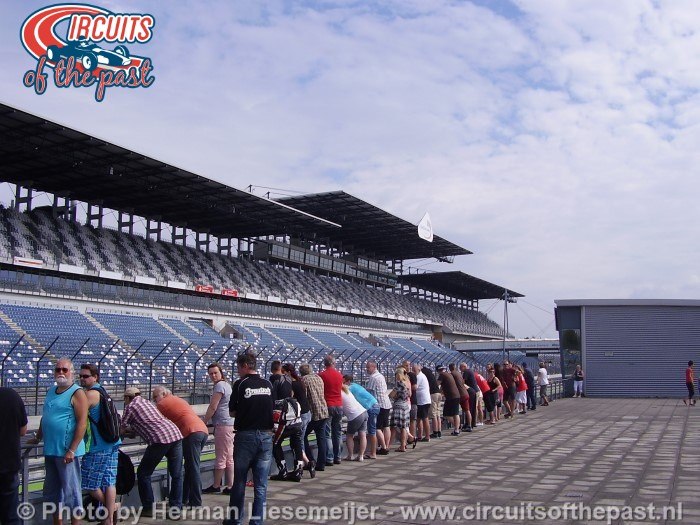 In the USA I visited the Phoenix International Raceway and the Las Vegas Motor Speedway. These speedways are constructed in a way that you can see the whole track from the grandstands.

But on the Lausitzring they built a huge pit building on the infield which obstructed the view from the main grandstand. Even worse are two pedestrian bridges from the grandstand to the pit building who block the view to a large part of the main straight. 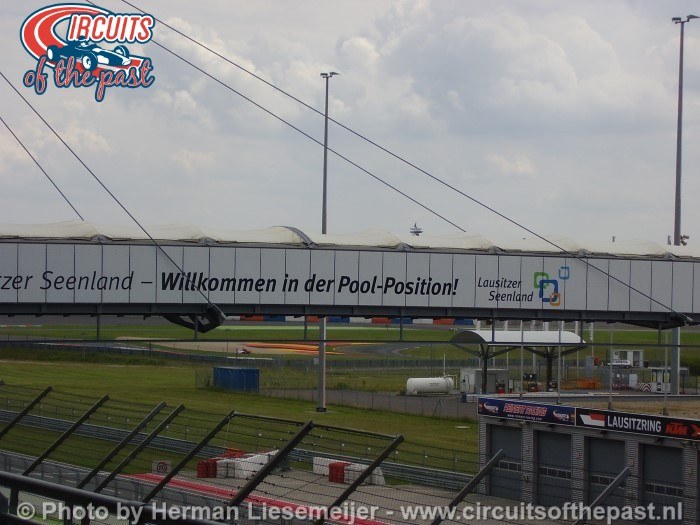 Actually I like the idea of a speedway in Europe. But the engineers of this track should have been look better to the American ovals. I hope they overhaul of the track will bring some improvements in this area.

So far my report of my visit to the Lausitzring, the the penultimate track on my 2016 Circuit Tour. The last circuit will be the AVUS in Berlin, but more about that in another blog post. 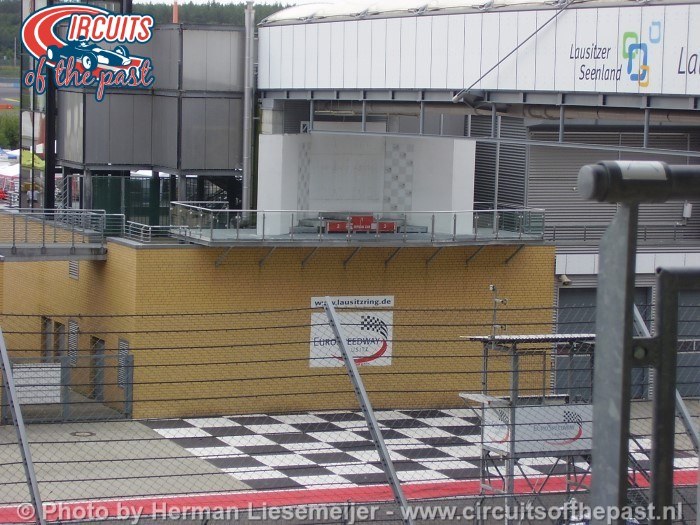 I hope you enjoyed my blog post about the visit to the Lausitzring. If so, comments are welcome! 😉