Oulton Park is a racing circuit in England which was on my to-do-list for a very long time. I saw many races on tv and raced there in race games. Because of the fast and challenging character it was one of my favorite tracks. In the summer of 2018 I finally visited Oulton Park Circuit… 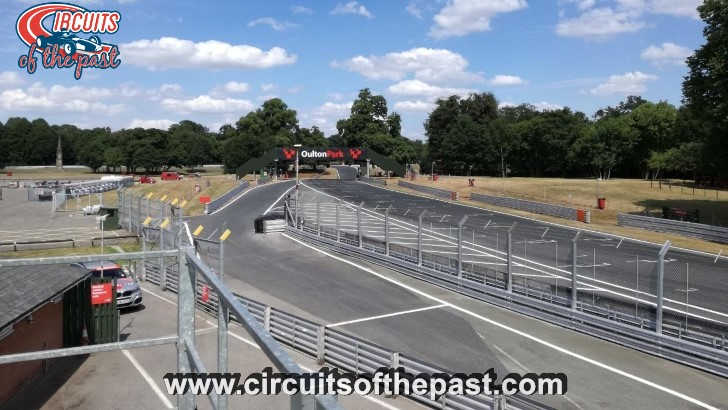 Oulton Park is a permanent race track in Little Budworth, Cheshire in the northwest of England, United Kingdom. The circuit was built on a former military base. During World War Two general Patton trained his commando troops here for the preparation of D-Day.

In 1953 they built a 1.5 mile (2.414 km) race track on the former military base. For the layout, use was made of the existing roads on the site. The circuit was roughly in the shape of a square.

For the 1954 season the Oulton Park Circuit was extended to 2.761 Miles (4,443 km) and it got its typical shape. At Cascades they now turned left to the new section and cut off the Range Corner. The Range Corner was still used for races on what was now called the Club Circuit.

Range Corner got its name from the military past of the site. There was a shooting range here when Oulton Park was still a military base.

Oulton Park is mainly used for car races. The circuit layout is characterized by fast corners and elevations in which the cars sometimes airborne. For safety reasons, the layout was changed several times. In 1973 the first chicane was built to prevent the cars get airborne on Top Hill. 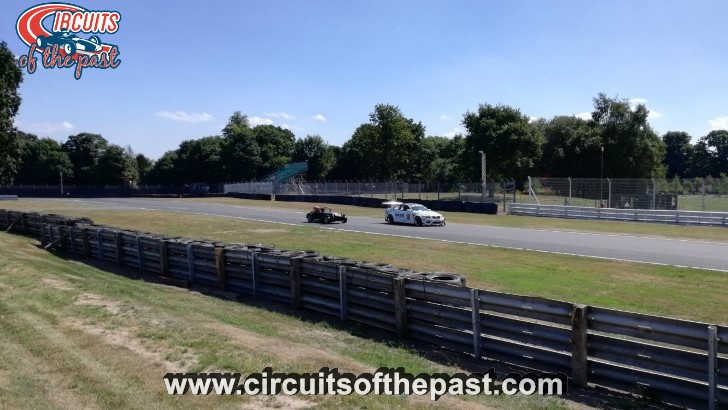 After the fatal accident of Paul Warwick another chicane was built at the fast Knickerbrook section. Paul Warwick was the younger brother of Formula One driver Dereck Warwick. In 1991 he crashed here during a Formula 3000 race.

In 2002 the Knickerbrook chicane was adjusted. So far, this was the last modification to the track. Unless these two chicanes, the Oulton Park Circuit is still a great challenging race track.

In the morning of Friday July 27, 2018 I drove from Oakamoor in the direction of Oulton Park Circuit. It was a circuit that had been high on my to-do list for years.

After a one hour drive I arrived at the circuit. There was a track day in progress, but during the lunch break I would get a tour on the circuit. I secretly hoped that I would be driven around the track at race pace, just like at Donington Park. In the meantime, I watched the event.

After a lunch in the circuit restaurant, I went to the reception. While I waited, I looked at some historical photographs in the lobby. One of them was an aerial of the circuit in 1953, short after the opening.

Moments later I shook hands with the circuit director. He drove me around the track with a van. First a non-stop lap, then we stopped in a few places so that I could take some pictures. 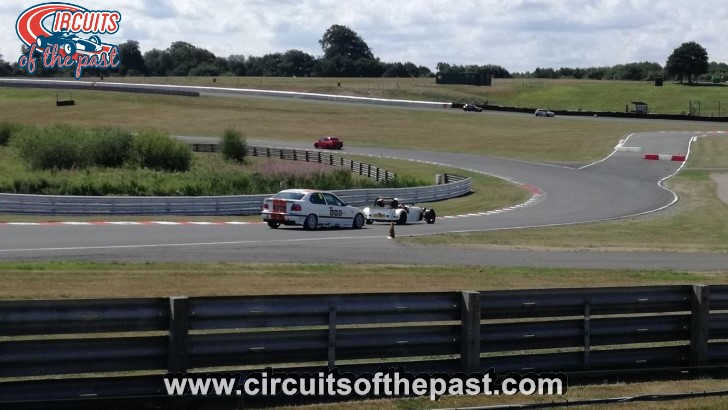 A faster ride on track

At the end of the lap he apologized that he did not have a faster car to drive me around. But whenever I wanted to, he could see if that was possible…

In the control tower someone was willing to drive me at speed around the circuit. But not at race speed, he said. Beforehand I had to sign a disclaimer.

Funny how different circuits have such a different policy. At Donington Park I was driven around at race pace, without having to sign anything.

I was driven around for two laps. In the first lap the driver gave some explanation about the track. When we arrived at Knickerbrook I asked “Is this the place of the Paul Warwick accident?”. I think he did not quite understand the question because he laughed a bit.

After the first lap, the rider made a little more speed, but he didn’t push that hard as the driver of the Safety Car at Donington Park did. The coolest of Oulton Park are the many bumps were you almost airborne, just like at the Nürburgring Nordschleife. 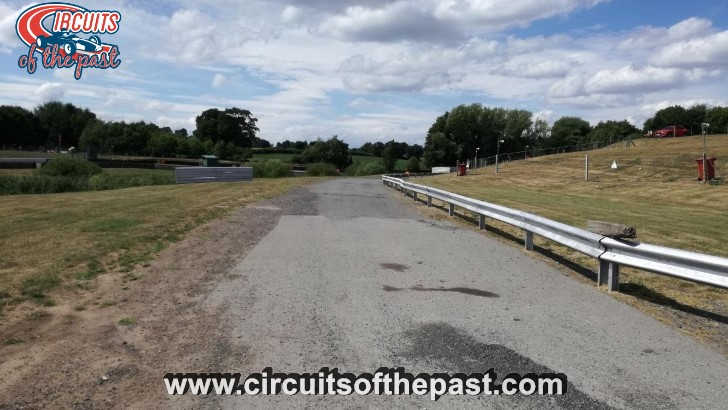 After these two laps, the circuit director asked what else I wanted to see. I said I wanted to see the old Range Corner. The funny thing was that he did not understand what I meant, so I showed it to him on Google Maps.

He knew the place but didn’t know that this was part of the original track. Later I showed it to him on the aerial in the lobby.

That’s how I got the unique opportunity to walk over the old Range Corner. Thanks to my website, doors – in this case fences – open that normally remain closed for public.

After my visit to Oulton Park I headed for Liverpool. My next destination was the old Aintree Grand Prix Circuit and in the evening I would make my first visit of 3 to the abandoned Leyland Test Track.

Have you ever been at Oulton Park Circuit? Share your memories in the comments below!