In the summer of 2016 I made a journey through Germany where I visited ten motorport locations! The journey started in the early morning of July 25, 2016. I leaved my hometown Heerenveen and headed towards Nürburgring, also known as Der Grüne Hölle (The Green Hell). 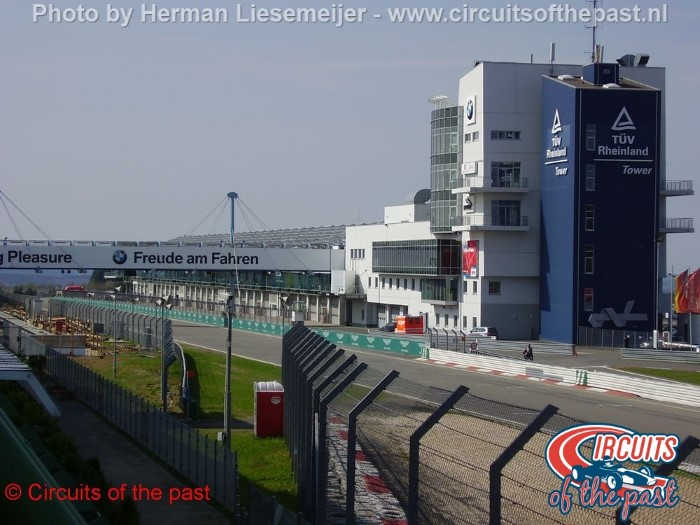 Later in the morning I arrived at the Green Hell. The Green Hell (In German Der Grüne Hölle) is the nickname Sir Jackie Stewart gave to the old Nürburgring, because he found it a very difficult and dangerous race track through the woods.

See also the main article: Nürburgring – The history of an iconic race circuit >>

First I visited the visitors center on the so called Ring Boulevard. The Ring Boulevard is a part of the huge project that lead to the bankrupcy of the famous race track.

The expensive rollercoaster which was operational for only four days is still there, waiting for a new owner. I guess the new owner will be the scrap merchant, because I don’t think there is any theme park director who want to buy this ride. More about the rollercoaster debacle and the bankrupcy of the Nürburgring in the main article. 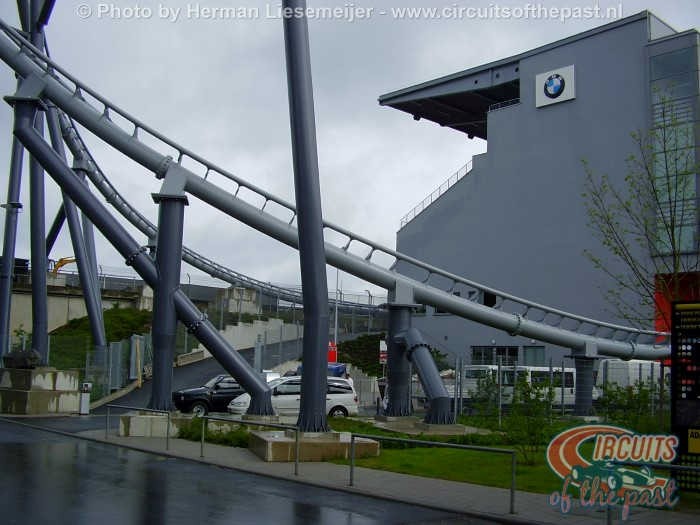 In a huge hall, where the rollercoaster runs through, was a lot of activity. Once this was the prestigious indoor theme park of the Nürburgring. Now workers were busy to give it a new destination.

I walked here around looking for an unlocked entrance to the grandstands. Unfortunately they where all closed. The only reachable site where I had a view on Start/Finish was in the Dorint Hotel.

After walking an filming around Start/Finish it was time to go back to the car for some onboard filming at the abandoned Südschleife, the forgotten part of the Green Hell. Coming from the Grand Prix Strecke I drove to Scharfer Kopf, where the remained part of the Südschleife connect to the public road. 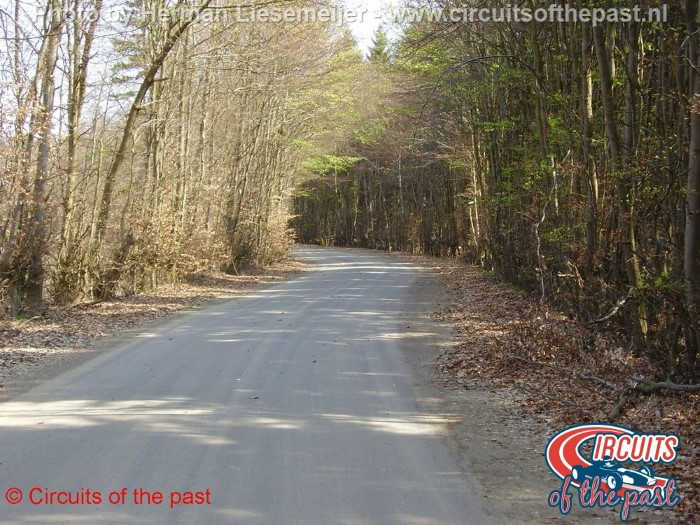 It seemed I was lucky, because the gate to the Südschleife was open. In oposite direction I drove through the Rassrück-section downhill to the lower point of the track. But unfortunately, the next gate near the parking lot was closed. So, I made a U-turn and started filming my onboard lap here.

This part of the Südschleife is the best preserved section. But for some reason, maybe to prevent some people from illegal racing, they found it nessacary to construct some rumble strips in the asphalt at one place.

Back at Scharfer Kopf I follow the new public road which still follows the layout of the Südschleife. But not for long. After a long left-hand turn the new road turns right, leaving the Südschleife. Here was a lorry on the middle of the road where it was unloaded. I had just enough space to continue my way. 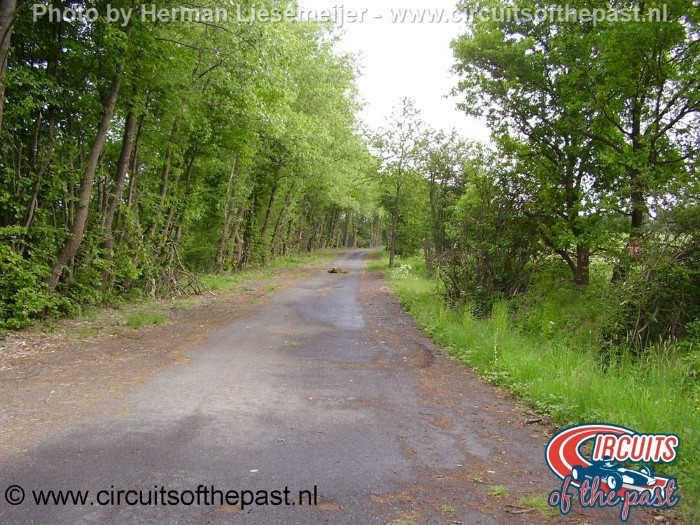 Lost in the Green Hell

If you visited a particular place several times you can have the idea to know the way like the back of your hand. That’s what I thought about the Südschleife, so I didn’t need to use a map of track… I thought. Arrived at Bocksberg Corner I missed the narrow side road I should turn onto to keep following the Südschleife.

I saw it when I passed it, and after saying something I better not repeat I made a U-turn to drive back to continue the Südschleife. The continuation of the old race track is a small road called Südschleife. A little further I arrive at the site of the old Müllenbach Corner. Today this is a dead end, and there is a small reverse loop exactely where the Müllenbach Corner was.

After a detour and a drive in the opposite direction I arrive at the point where I can continue my lap at the Südschleife. I’m at the most neglected part of the old track. However, I’m happy that it’s still there.

Because of the bad condition of the surface I have to drive very slow here. After 0.5 Km I arrive at the fence near the parking. This is where I started filming, on the other side of the closed fence. My lap at the remains of the Südschleife is now complete. 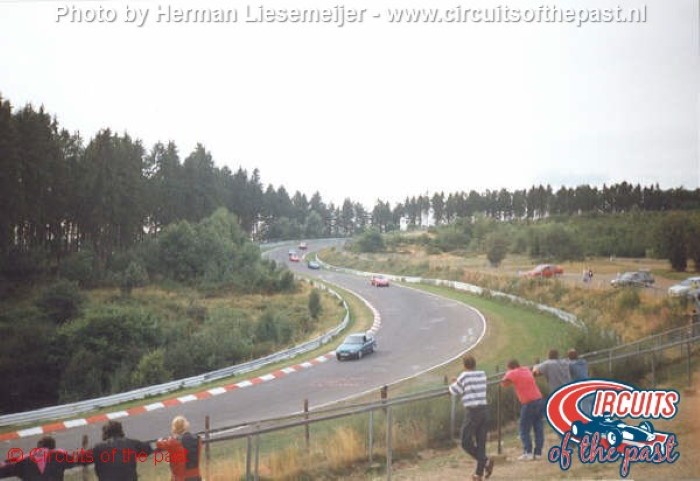 After filming the Südschleife I drove to the big parking lot at Brünnchen on the famous Nordschleife, to watch the so called “Touristenfahrten” (Tourist Rides). I did these “Touristenfahrten” also in the past. But because the trunk of my car was filled with luggage and a laptop computer it seems not such a good idea to do that this time.

This year we had not such a good summer in the North of Europe. However, during my summer vacation I was pretty lucky with the weather. It was a sunny day and especially here in the open space at Brünchen the sun was burning on my skin.

After I watched and filmed the “Touristenfahrten” it was time to travel to my next destination, Rüsselsheim. Here I would visit the old Opel Test Track, in Germany called Opel-Rennbahn.

In Rüsselsheim I would also spend the night to continue the next day to Hockenheim, with a stop at the Rosenmeyer Parking. But more about that in another blog posts.

So far my blog post about my 2016 visit to the Green Hell. I hope you enjoyed it. If so, comments are welcome! 😉