In 2014 I did my second road trip through the South West of the USA. During this journey I visited the Laguna Seca Circuit, those days known as Mazda Raceway Laguna Seca. A race track which was on my to-do-list for a very long time! Here the story of my encounter with the world famous Corkscrew Corner… 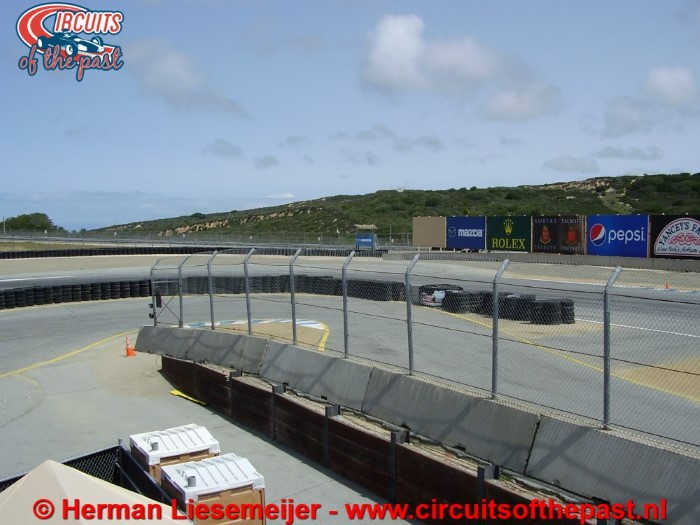 The Streets of San Francisco

On Sunday I made a ride through Lombard Street, known as the crookedest street in the World. And off course a ride over the Golden Gate Bridge, and I did a section of the famous Pacific Coast Highway. But the real work started on Monday.

I leaved San Francisco with destination Las Vegas, but I would make a detour to visit a circuit that was already on my wish list for a long time. The Laguna Seca circuit with the famous Corkscrew, probably the most popular chicane in the world. 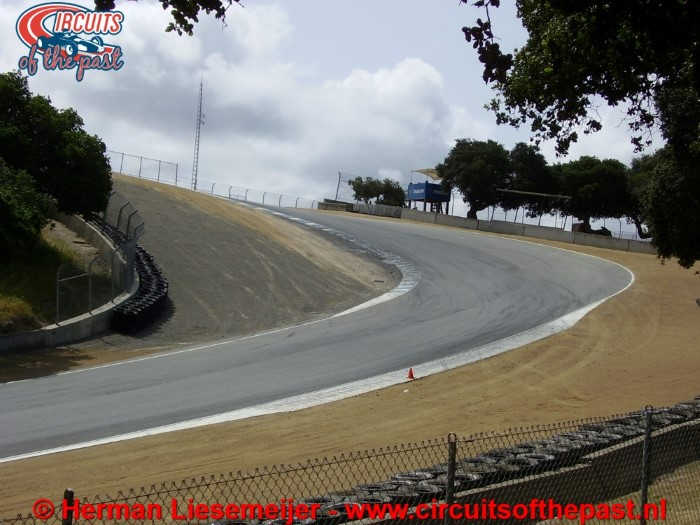 A short history lesson about the Laguna Seca Circuit 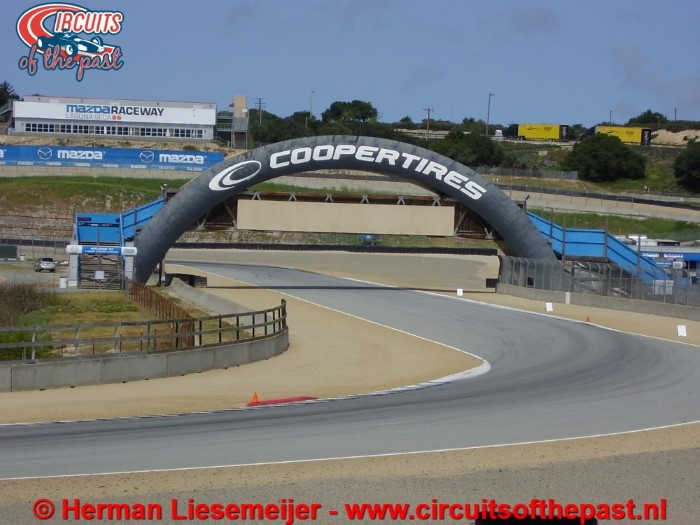 Original there was a straight between both corners. The service road in today’s Turn 5 is a remain of the original track. In 1996, the last corner was modified which made the length at 2.238 Miles (3.603 km). The Laguna Seca circuit is international best known for the IndyCar and Champ Car races (1983-2004) and the MotoGP races. 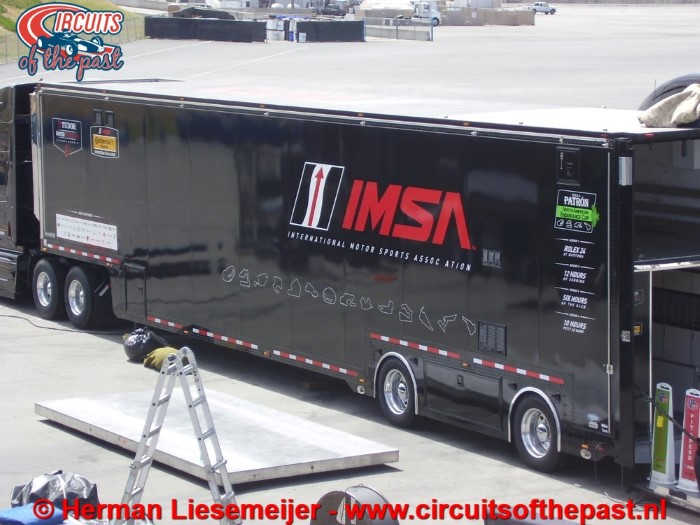 My visit to the Laguna Seca Circuit

Arrived at the Laguna Seca circuit, I drove over a road that looked like a circuit itself. It lead to the main entrance, located near Turn 5. I had to stop by the gatehouse and asked the doorkeeper if the area was accessible. He told me in an enthousiast way that I was welcome to view the race track. He also gave me a map of the circuit area. After I thanked him, I drove further and parked my car on the Blue Parking. 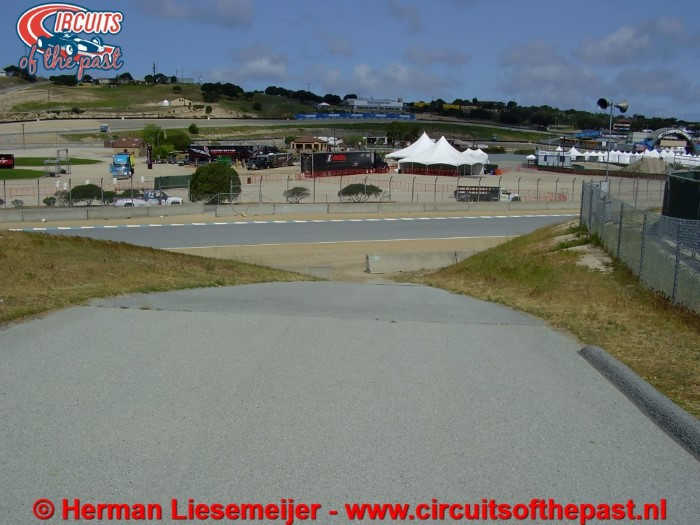 I continued my way walking in the direction of a pedestrain bridge between Turn 4 and 5. Rushed to the Corkscrew Corner! Underway I made some video recordings on the inside of Turn 5. Just that moment, a few drivers did their lap on the Laguna Seca circuit. However it was not at speed, but it was good for the movie. I continued my way towards the top of the hill. After the top the Corkscrew Corner was waiting… 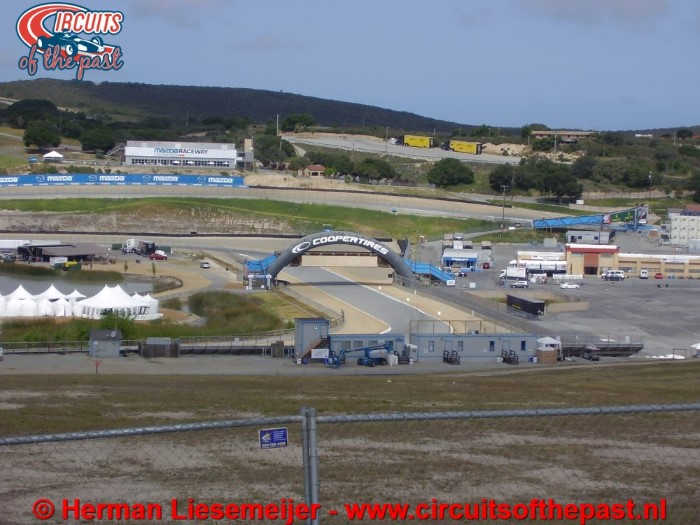 Between Turn 5 and 6 I had to make a steep klimb which remind me to the short cut for pedestrains next to the Raidillon at Spa-Francorchamps. I noticed that the part before the Corkscrew was also very steep, much more than it looks on TV. Underway I had a great view over the 1988 extension. All filming and photographing, I continued on my way to the top. There where no cars on the track at that momend so I filmed an empty circuit.

Then the moment was there… For the very First time I saw the world famous Corkscrew. Enthusiastic I made some video’s and photo’s of the corner. Than I heard the sounds of engines again and a few moments later a small group of cars drove through the Corkscrew, filmed by me. This time they didn’t stop after one lap. Then it was time to continue my way to see the rest of the Laguna Seca circuit. 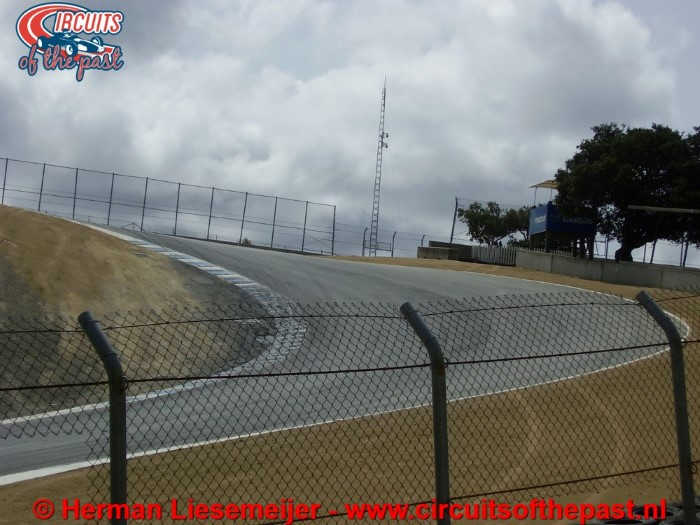 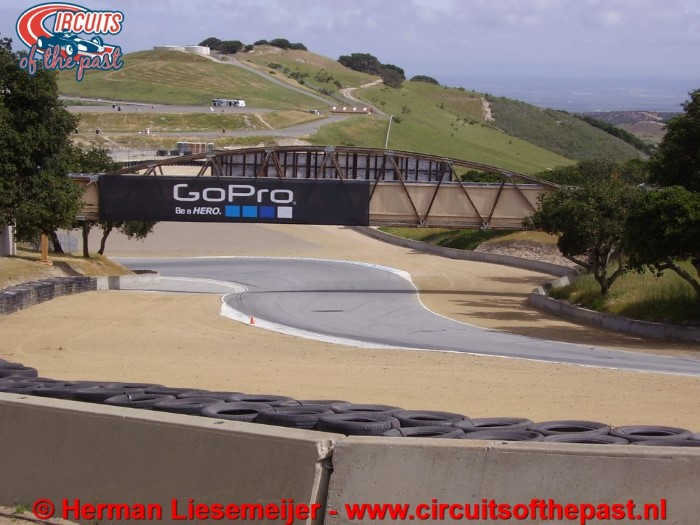 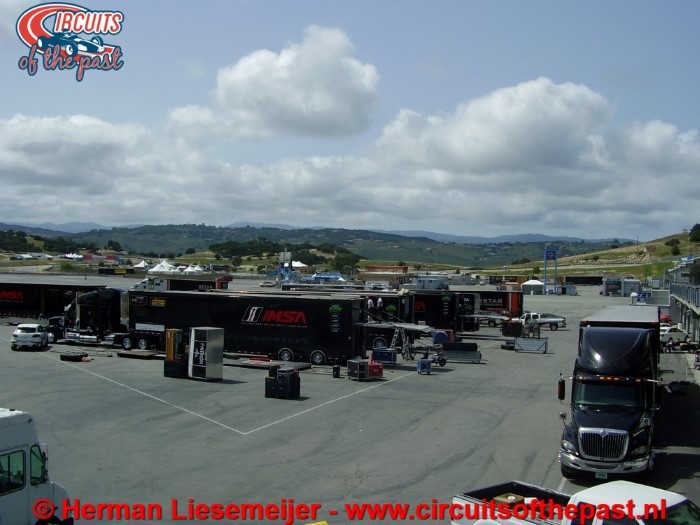 For the last part of my visit I took the car and drove to the paddock area. The paddock was was packed with IMSA trucks because of the sports car race last weekend. Except that there was not much to see in the paddock, at least not from the track. But fortunately I could made some interesting video’s and photo’s from the pit building. Enough to make a video of a whole lap around the circuit, which result you can see below.

After a one and a half hour visit it was time to say goodbye to the Laguna Seca circuit. I continued my way to Bakersfield where I should spend the night. The next day I would go further to Las Vegas. Here I would made a ride with the worlds highest Ferris Wheel, see how other people lose their wage in the slot machines and visit the Las Vegas Motor Speedway. But more about that in my next blog post! 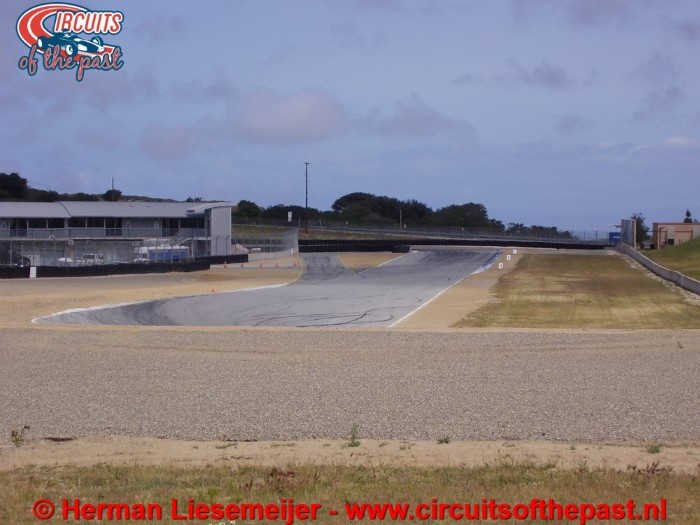 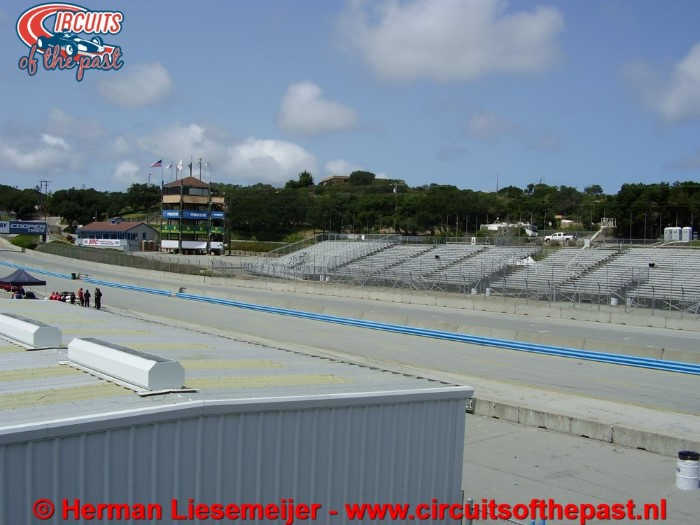 So far my blog post abut my visit to the Laguna Seca Circuit. I hope you enjoyed it. If so, comments are appreciated! 😉