Las Vegas (Nevada, USA) is famous for gambling. But also for motorsport! There have been some race tracks in the city in the past. But in 2014 I visited the stil operational Las Vegas Motor Speedway. A huge motorsport complex, best known for NASCAR races on the oval…

My visit to the Las Vegas Motor Speedway

It was in May 2014 when I leaved my hotel on the Las Vegas Boulevard (also known as the strip) in the direction of the Las Vegas Motor Speedway. Two years ago I was in Las Vegas too and wanted to visit this race track, which has also a sad memory because of the fatal crash of two-time Indy 500 winner Dan Wheldon on October 16, 2011. Lack of time made that I had to drop that plan in 2012. 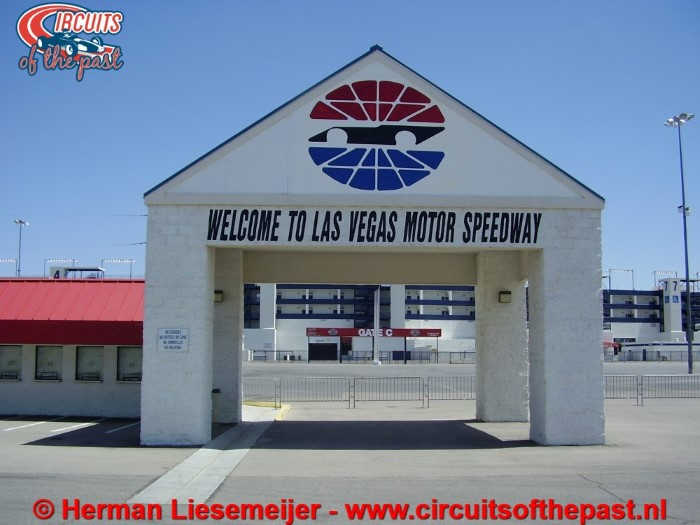 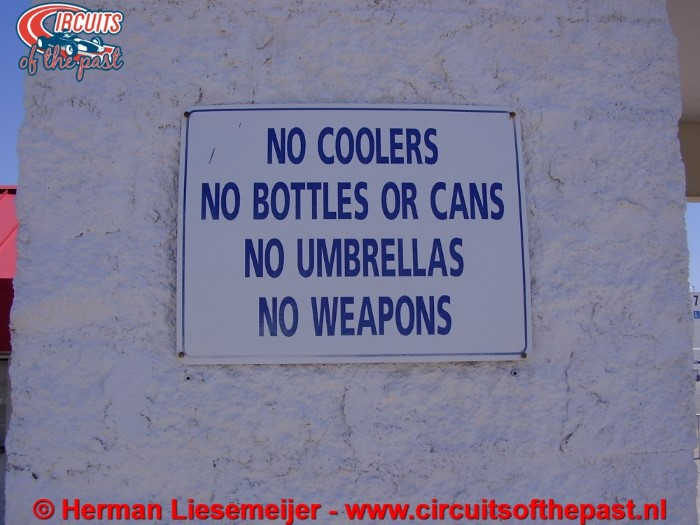 The previous evening I videotaped Las Vegas at night. I also filmed on the location of probably the most boring Formula One circuit ever. In 1981 and 1982, especially for the Las Vegas Grand Prix a street circuit was constructed on the parking lot of Caesars Palace. The layout of this circuit was a concatenation of hairpins and kinks.

Today there are buildings and fountains and nothing reminds to the circuit. For fun I make some videos of these buildings and fountains. Apparently not everyone was pleased by me filming fountains. When I went back to the strip after videotaped the last fountain a man turned to me and started with the words “What the h…” No idea what I did wrong in his eyes. I decided to ignore this probably confused man and walked trough. 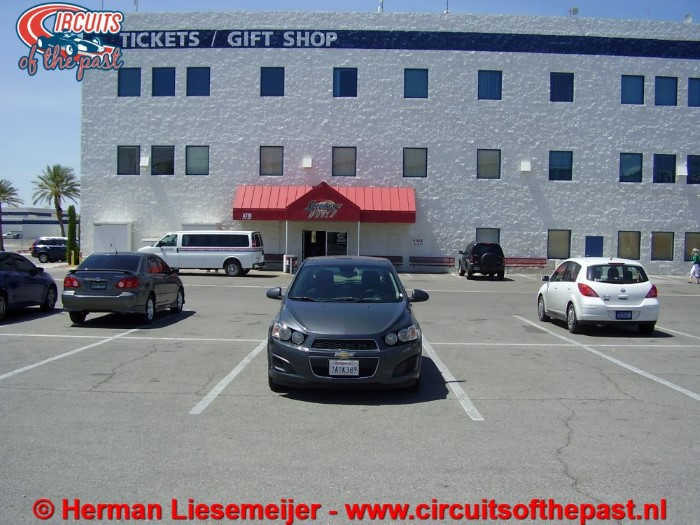 So the next morning I drove over the Interstate 15 to the Las Vegas Motor Speedway. Just one Mile before the exit, the speed limit was increased from 65 to 75 Mph. So I didn’t had much pleasure of that.

I arrived on the entrance of the Las Vegas Motor Speedway, where was also a gift shop and ticket office. Long before my visit I saw on the internet that there were guided tours on the Las Vegas Motor Speedway, so I asked here for information about that. The next tour would be at 2 P.M. but we could not enter the track because it was used for the Richard Petty Driving Experience that day. 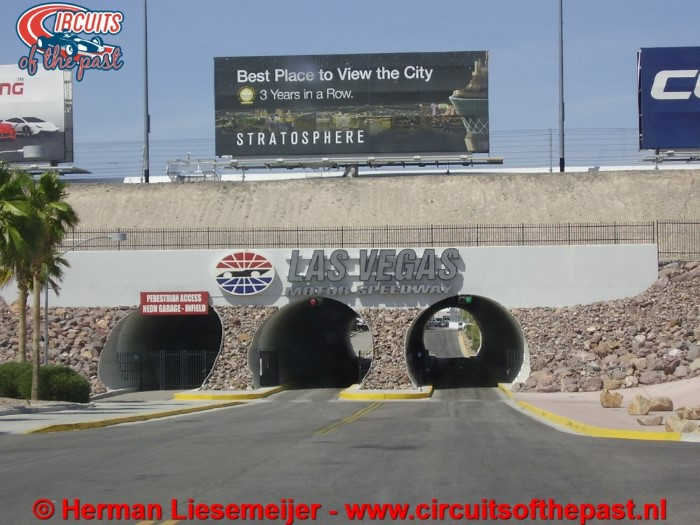 Because I had to wait a few hours I decided to see what was going on. A tunnel lead to the infield of the speedway where I heard the wonderful sound of Nascars at top speed. It was the second time I heard the sound of a Nascar in real.

The First time was somwhere in the nineties at Zandvoort in my homecountry the Netherlands. Dutchman Arie Luyendijk, who lives in the States, gave a Nascar demonstration during the Marlboro Masters of Formula Three. Unfortunately the car was not prepaired for the twisty interim circuit of Zandvoort. But here in their natural environment it sounds great.

On the end of the pit lane was a tent with a line of people waiting for a ride. Frequently a car stopped here to pick up someone. After three laps and 109 Dollar lighter they came thrilled out of the car. I photographed and filmed the speedway and the Nascars in action. After a while I decided to explore the rest of the infield by car, because it was way too hot to walk.

I discovered a road course which could be used separated from the oval. On the track where some Ferrari’s and Lamborghini’s in action and I discovered that here was a company called Dream Racing established. After a payment of an amount around $500, depending on the choice of the car, you could do a few laps on the road course. 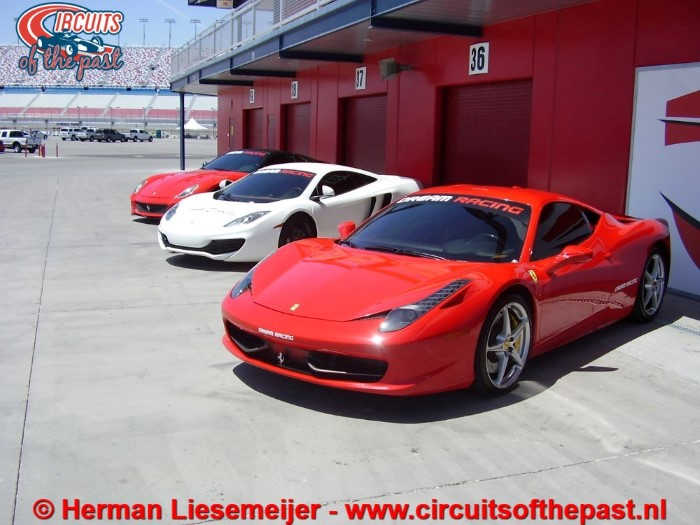 A guided tour on the Las Vegas Motor Speedway

After a lunch break it was time for the guided tour on the Las Vegas Motor Speedway. It was a small Group, just me and an American couple. A female guide drove us with a van over the huge circuit complex. There was not only the oval, but also a drag strip, a few motocross tracks, a quarter Mile oval and different road courses from which one also coulde be used as a parking. 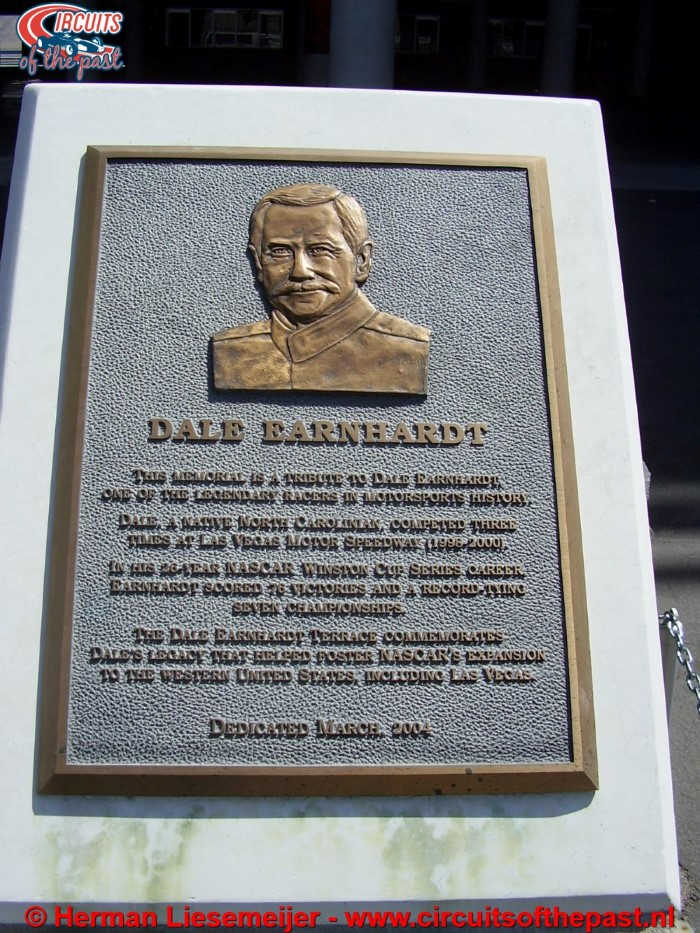 Behind the grandstands of the speedway we stopped by the Dale Earnhardt memorial. Here we could take a picture and I asked the guide if I could also enter the grandstand to take a few pictures. That was OK she said so I went to the grandstand…

It was my First time on the grandstand of an oval and it was really an impressive sight, these huge grandstands from which you could oversee the whole Las Vegas Motor Speedway. There was not much time to enjoy, because I didn’t want to let the others wait too long.

When I went back to the van the guide came already to me and told that she misunderstood my question and that this was not the intension. However, I made some nice photos and a video from the grandstand 🙂 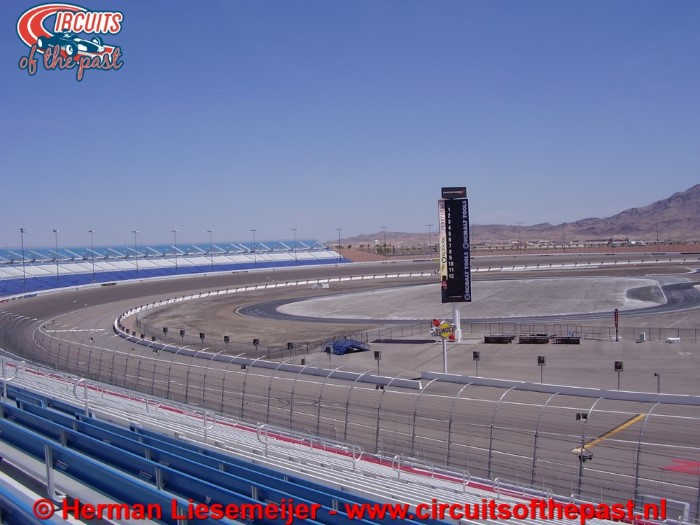 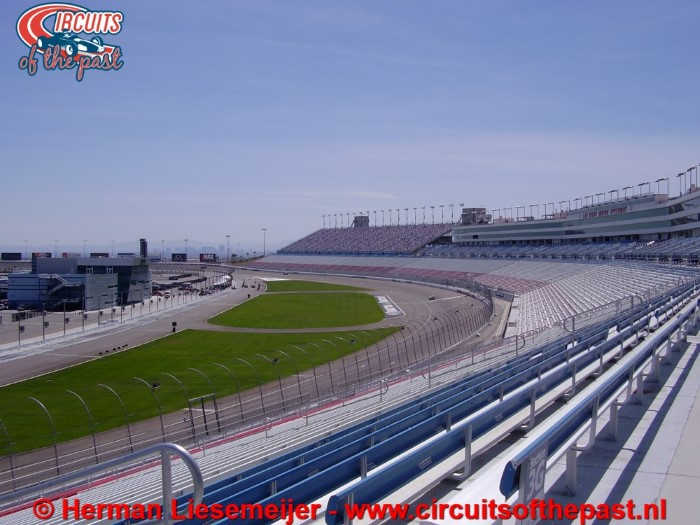 In the VIP Room of the Las Vegas Motor Speedway

On our next stop we visited a VIP-room. For an amount higher than the costs of my whole vacation you could rent that room during a race weekend. The view was great but the thick windows muffled the sound of the engines too much to my taste.

I asked if someone would make a photo of me with the Las Vegas Motor Speedway on the background. The husband of the couple made the picture which can be found now on my Facebook profile. So if he read this, thanks again! 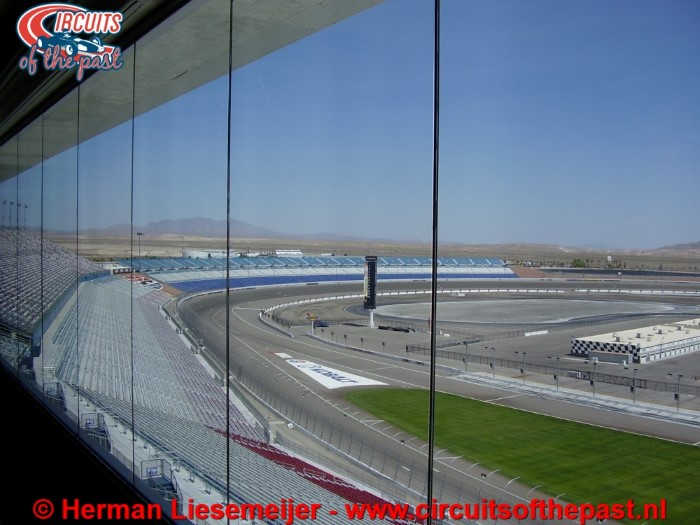 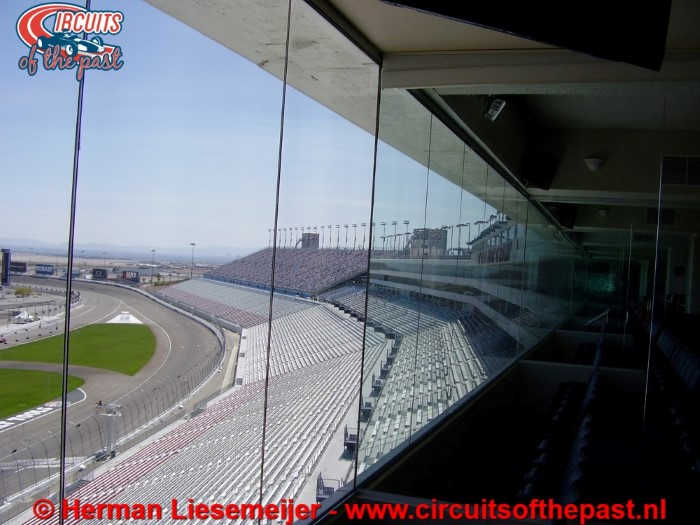 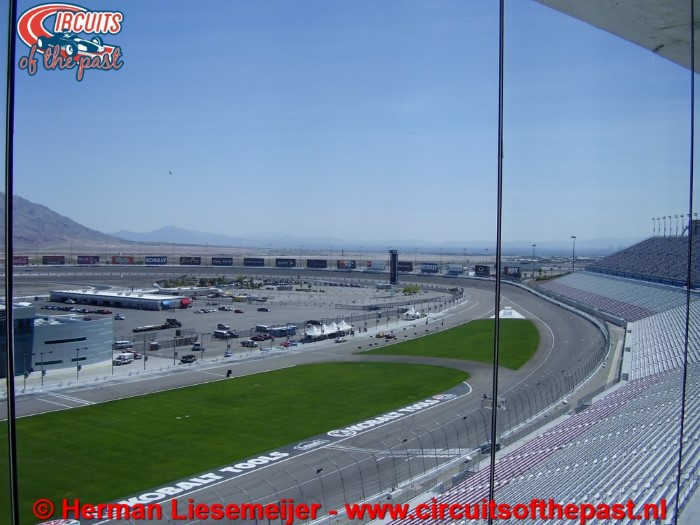 After the VIP room, we drove through the tunnel to the infield of the Las Vegas Motor Speedway. After a tour on the infield we stopped near a corner. The guide told that if there was no event she would do a lap at speed with us, than stop in a corner where we may step out to feel how steep the 20 degree banking is…

After the one hour tour it was time to go back to Sin City. The next day I would make a tour through Death Valley and a day later I would ride to Los Angeles. For the ride to LA, a visit to the Auto Club Speedway in Fontana was planned and also a visit to the site of the lost Ontario Motor Speedway. More about that in another blog post! 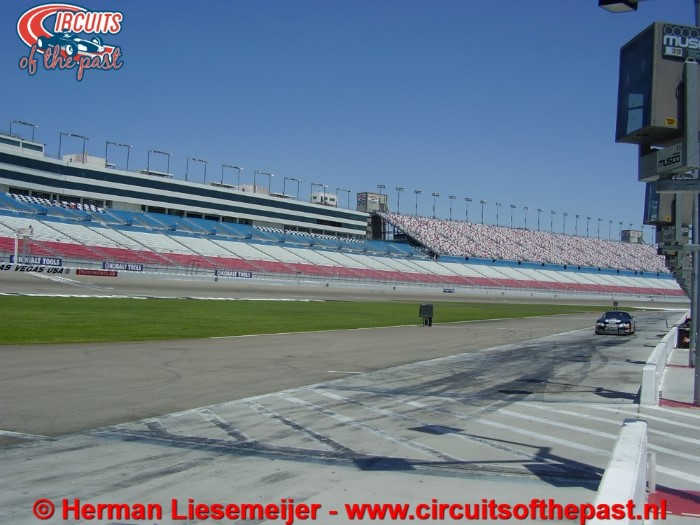 I hope you enjoyed this blog post about my visit to the Las Vegas Motor Speedway. If so, comments are appreciated! 😉