It is still Thursday July 28. After I visited the Solitudering in the morning, I drove to Nuremberg where I would spend the night. This was also a great opportunity to visit the Norisring, a street circuit around a huge grandstand of stone which was built by order of Adolf Hitler…

My first visit to the Norisring

The first time I visited the Norisring was in 1998 on the return journey of my vacation in Hungary. That was 5 years before I founded this website. It was the time of analog photos, but neverthless I made a series of pictures of this peculiar race track. 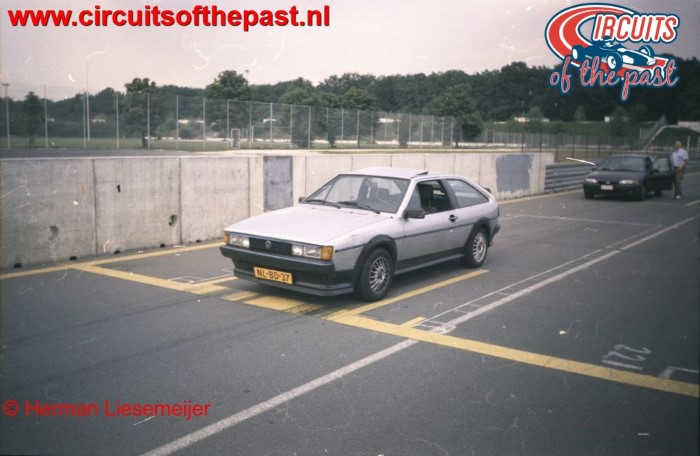 I still remember the moment I arrived and parked my VW Scirocco on pole position, in front of the huge grandstand. While I made the picture above there was a girl on the platform where Hitler held his speeches. She tried to immitate him and yelled “Und für immer…” (And forever…). A couple of which I presume they were her parents sniggered about it.

Those day’s you could do the full lap, which I did. But on my second visit in 2010 they closed the Start/Finish area for traffic.

The history of the Norisring in brief

The ground where the Norisring is located was used from 1933 to 1938 for the rallies of Hitlers NSDAP (The Nazi Party). On this so called “Reichsparteitagsgelände” they built imposant buildings during those years. One of them was the Zeppelintribüne (Zeppelin Grandstand) designed by Albert Speer.

When World War Two broke out in 1939 the ground was not used anymore for rallies and the building projects were stopped. The huge swastika on the Zeppelintribüne was blown up at the end of the war by the US military.

Since 1947 the ground around the Zeppelintribüne, now renamed in Steintribüne, was used for car and motorcycle races. The layout of the street circuit changed several times and from 1948 they made use a tunnel, so the track could cross itself. Through the years the track was shortened until it get its current layout.

Name confusion with the Nürburgring

The name Norisring comes from the Latin name for Nuremberg, Noris. This name was choosen because Nürnbergring (Nurembergring) would cause confusion with the name of another German race track, the Nürburgring.

Neverthless, there is a lot of confusion about both names. This because the name Nürburgring is often called Nurembergring outside Germany. That made many people think the Nürburgring is located in Nuremberg. 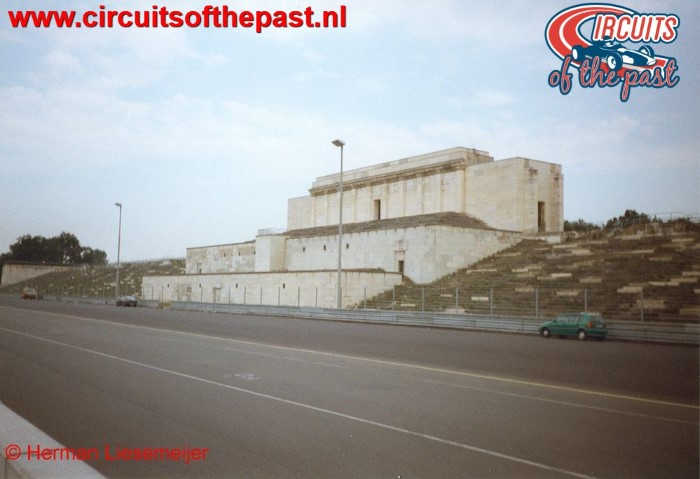 Once I read a funny story about a motorcycle racer who was told he should go to Nuremberg to fill in for a colleague. Arrived at the Norisring he was surprised that it was so quiet. After a phone call it became clear that he was at the wrong circuit. After a 250 Miles (400 Km) race over the German Autobahn he arrived just in time at the Nürburgring.

After I dropped my luggage in the hotel I went to the Norisring, which was just a few Miles away. Arrived at the grandstand I saw that Start/Finish was still closed for traffic with huge concrete blocks. The wide asphalt strip is gratefully used for rollerblading and street hockey.

I start filming the lap on the public road part. When I exit the Schöller-S I do an imitation of the DTM-drivers (DTM is German Touringcar Masters) who almost hit the wall here. Sometimes they do hit the wall and destroy the right exterior mirror, but it seemed better to me not to do so. 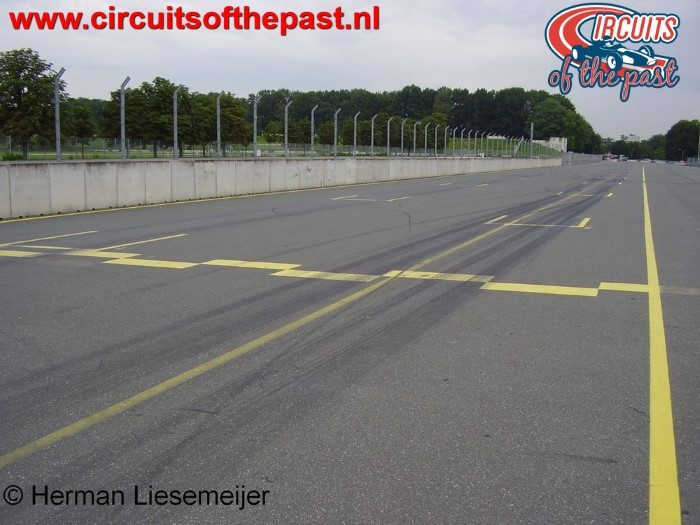 As far as possible I follow the track. Arrived by the concrete blocks I park my car at the nearby parking lot and continue by foot to film Start/Finish and the huge grandstand.

At the furthes point of the grandstand the’re restoration works to protect the building against further decay. A couple is looking at it and the man didn’t like what he saw. In my native language Dutch he said that it destroys the authenticity of the structure.

He compares it with a particilar soccer stadium in the Netherlands. I make a joke and say in Dutch “The Norisring Stadium”. They smile because suddenly someone talks Dutch to them in Germany. After a short chat I walk back to my car. Underway I film everything.

Then it’s dinner time. Filming the lap I already passed a restaurant. That restaurant was located in a former railway station, which gave it a special ambiance.

After a traditional Bavarian dinner I went back to my hotel. The next day will start early because I want to visit the Sachsenring and Dresden. But more about that in my next blog.

I hope you enjoyed this blog post about my visit to the Norisring. If so, comments are welcome! 😉