Today, September 19, 2013, it is exactly ten years ago that the first version of the “Circuits of the past” website was launched. Then as MSN Group, and only in Dutch language…

Circuits of the past MSN Group

Those early day’s most content was about Nivelles-Baulers and old Zandvoort because I had mainly material from these circuits. In the in the subsequent years I visited more historic circuits. A high was my visit to the banked oval of Sitges Terramar in Spain in the summer of 2008. Who wants to know what I ‘ve been through there, I recommend the article “Sitges Terramar – Track Visit 2008“. 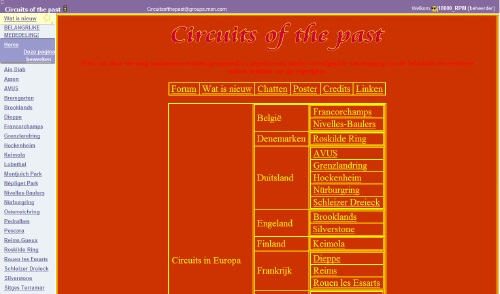 So I needed to learn how to build a website. The first version was a simple HTML-site under the domain name www.circuitsofthepast.nl. The design was criticized by some visitors. So an improved version came a year later and early 2012 a modern CMS version was launched. 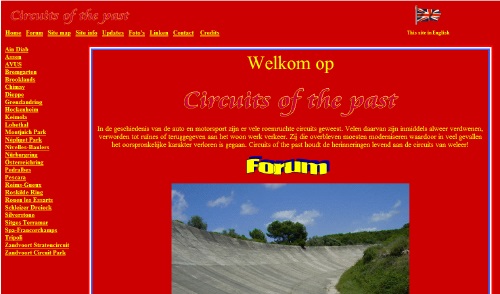 The new site was expanded with a blog where I post reports of circuit visits. What the future will bring? There are plans for a new web shop and to publish a book. I don’t think about stopping so up to the next ten years. 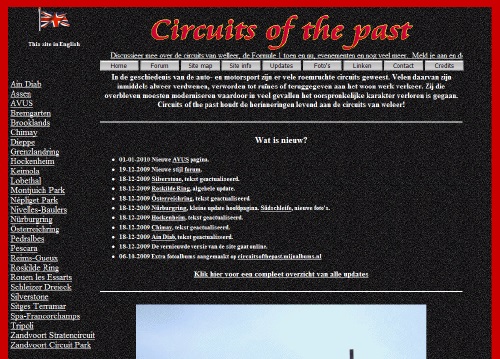 I wish to thank everyone who visited my website, contributed to the website, sent me an e-mail or participated in the discussions on the forum and Facebook.

PS: This is a relocated version of a blog post from 2013 at an older version of the website. However, feel free to leave a reaction below 😉