In this article I tell you the story of Circuit Rouen-les-Essarts, once one of the world’s finest racing circuits. This street circuit located in the French region of Normandy was of the caliber of Spa-Francorchamps. Unfortunately, it didn’t survive as a circuit…

The origination of Circuit Rouen-les-Essarts

In 1950 the Automobile Club of Normandy opened the new Circuit Rouen-les-Essarts, southwest of the French city Rouen and near the village of Les-Essarts. The triangular street circuit was formed by 5.1 km (3.169 Miles) long traject on public roads. With permanent grandstands and a pit complex, it was one of the finest circuits of it’s time. 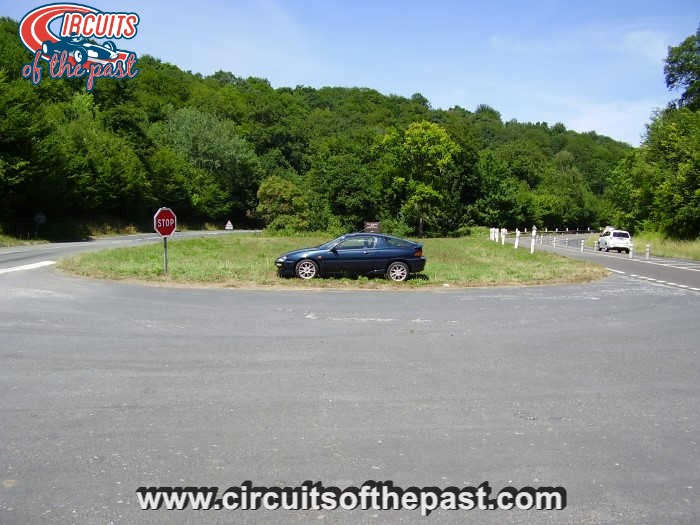 The layout of Circuit Rouen-les-Essarts

Circuit Rouen-les-Essarts was very fast and challenging. The most feared part was the downhill section after Start/Finish. This section was called Six Freres and contained a series of fast kinks.

The biggest swanks, who claimed they could take the whole series flat out, gave it the nickname Chickens Lift. Drivers who lift the throttle where chickens in their eyes. If they really took this section flat out is unknown, there was no telemetry those days…

After Six Freres they had to brake very hard for a hairpin called Nouveau Monde, on the lowest point of the circuit. Typical for this hairpin was the pavement of cobblestones, while the rest of the track was paved with asphalt.

After the Nouveau Monde hairpin, the track went back uphill with a few blind corners at high speed. The difference between the lowest and the highest point was 93 Metres (305 Feet).

Changes to the circuit

After a huge reconstruction, a new extension was added to the track making the length 6,542 km (4.065 Miles). This was the longest version of Circuit Rouen-les-Essartst ever!

The extension was cut off in 1972, when a new highway crossed the circuit. Just in front of the highway, a permanent section was built between the new verison of the corner Virage Gresil, and the final corner Virage Paradis. The length was now reduced to 5,542 km (3.444 Miles).

Besides these massive changes to the circuit, there where also a few smaller changes made through the years. Like the construction of two chicanes. In 1973, a temporrary chicane was built in front of the dangerous downhill Six Freres section, after Start/Finish. The temporary chicane was replaced in 1974 by a permanent one, a few hundred metres further. 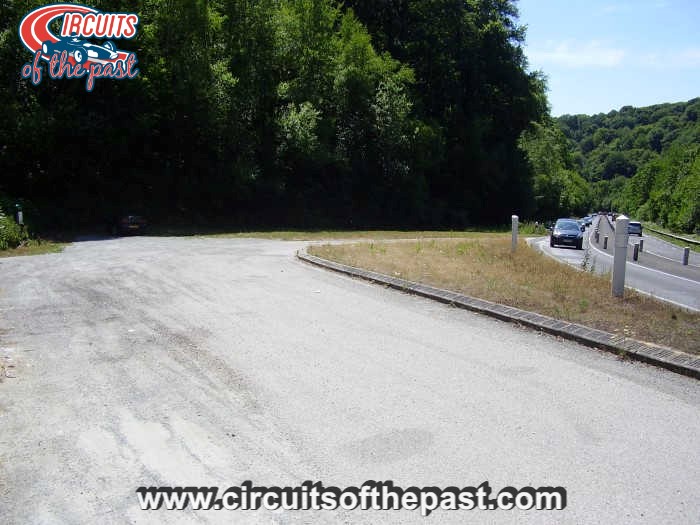 During the 1968 French Grand Prix, Jo Schlesser (The uncle of Jean Louis Schlesser) was killed by an accident in the feared downhill section after Start/Finish. After that accident, the fast street circuit was found to dangerous and Formula One never came back to Circuit Rouen-les-Essarts… 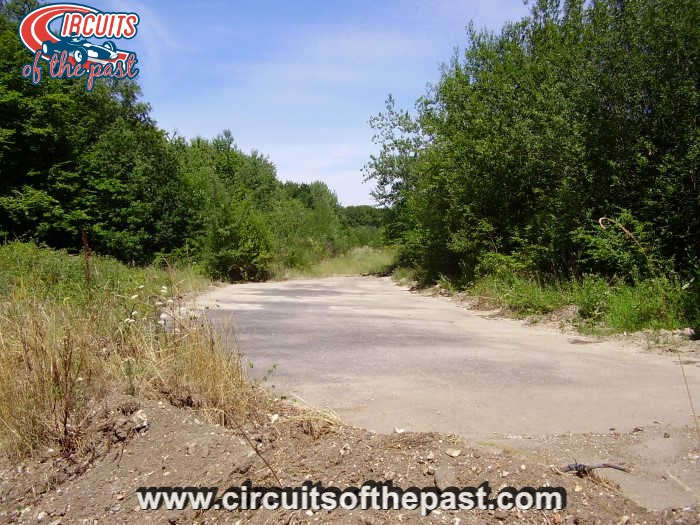 The abandoned remains of the permanent section of Circuit Rouen-les-Essarts.

The end of Circuit Rouen-les-Essarts

After it lost the French Grand Prix, Circuit Rouen-les-Essarts was used for Formula Two races until 1978. Since 1978 the major event was the annual round for the French Formula 3 Championship. At the end of the 1993 season, the street circuit was found to dangerous for all series and was no longer used.

There have been plans to build a new permanent race track inside the old street circuit. This new track should include the permanent section between Gresil and Paradis, which was built in 1972. Unfortunately these plans where not realized for financial reasons. Circuit Rouen-les-Essarts officially closed in 1994, forever! 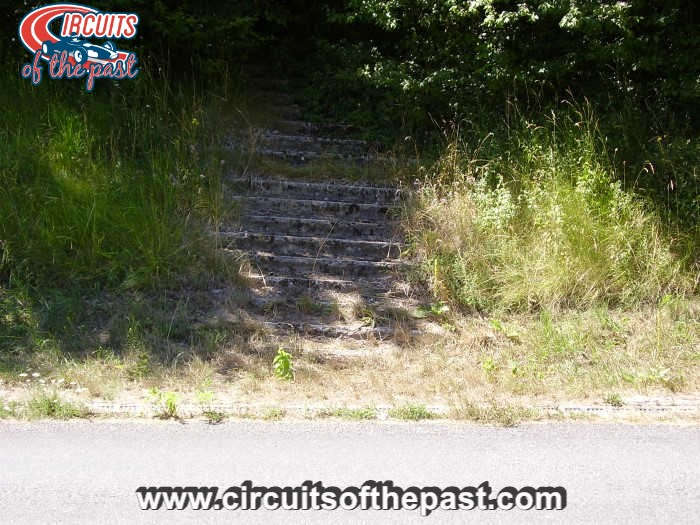 The remained stairs of the natural grandstand at the Nouveau Monde Hairpin.

The years after the last races, silence ruled on the pitbuilding and grandstands. But in 1999, bulldozers appeared to make space for a road extension. Almost everything that reminded to Circuit Rouen-les-Essarts was destroyed!

Most of the roads that once formed the great Circuit Rouen-es-Essarts are still there. But only the first version is still complete and passable. To recognize that this was once one of the most beautiful street circuits of Europe, you have to explore… 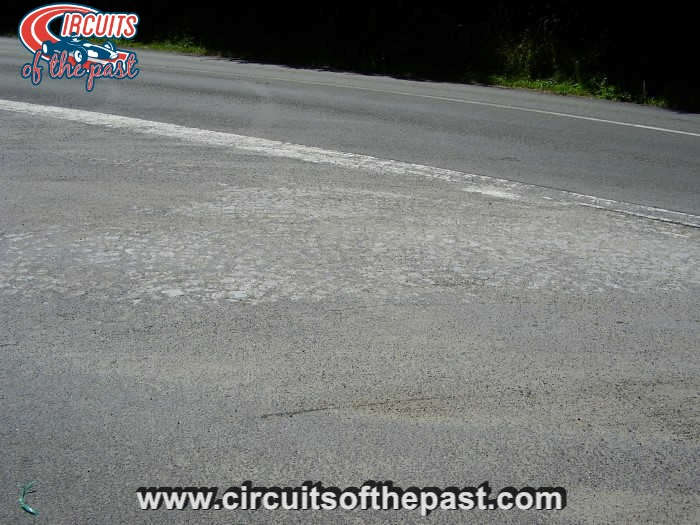 The cobblestones underneath the tarmac become vissible again. A reminder to Circuit Rouen-les-Essarts!

Driving through the Six Freres section you see on your left hand the permanent chicane that was introduced in 1974. Today it’s a parking. If you want to visit it you have to drive back, in the opposite direction of the circuit.

At Nouveau Monde you can see the cobblestones coming back underneath the asphalt. It is worthwhile to park here, because here are also the stairs of the natural grandstand remained. 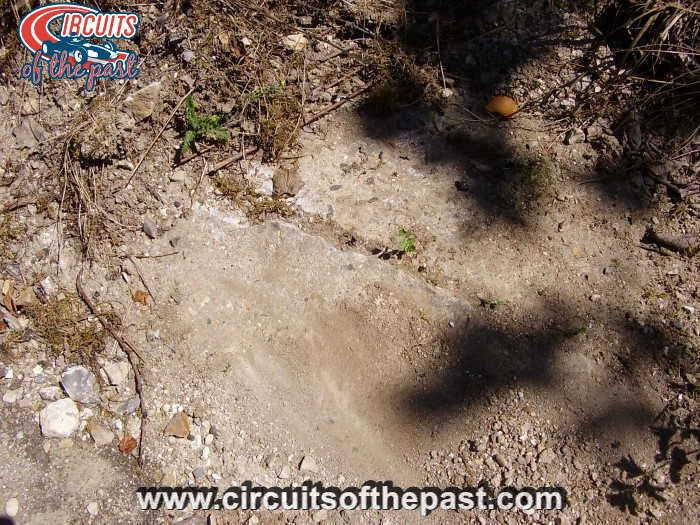 Kerbstones on the abandoned permanent section.

If you drive further you see on your right hand the remains of the permanent section between Gresil and Paradis. Unfortunately, most of this section has been demolished. But they have left a small piece of the track. That’s all what remained of Circuit Rouen-les-Essarts!