When visiting Valencia you can not miss the beach and the harbor. Valencia has a nice, wide beach and the climate make it even in January already a fine place to stay. Right next to the beach is the Marina Real Juan Carlos I with the old Valencia Street Circuit, where between 2008 and 2012 a Formula One Grand Prix was held under the name Grand Prix of Europe Telefónica. 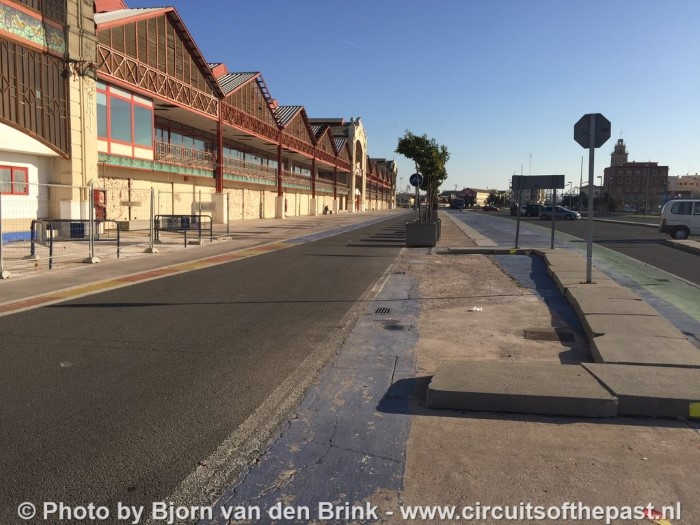 History of the Valencia Street Circuit

The harbour was actually built for the most prestigious sailing competition in the world, the America’s Cup. After Valencia was selected out of 50 cities in 2005 to host the 32nd and 33rd America‘s Cup, the Spanish government invested 2 billion Euro to built the harbour, and thereby also the circuit.

In 2007 it was time, the 32nd America’s Cup could be held. Particularly, this was the first time the America’s Cup has not been held in the country which had won the previous edition. Switzerland simply does not have a sea! In 2010 followed another America’s Cup race.

How to reach the Valencia Street Circuit

By metro and tram you easily reach the harbor and the old circuit. Coming from the city you take line 5, 6 or 7 and change at Maritim Serreria to line 8, a short tram ride to the port. Watch out; this was before the extension of line 5 and so it is also mentioned in many travel guides.

Formula One in Valencia

Unfortunately, the Formula One race in Valencia never became a success. The races were mostly boring with little overtaking, and it costed Spain and Valencia a lot more money than it generated. In 2013 a new government introduced many spending cuts. That made it impossible for it to organize an expensive Formula One Grand Prix in addition to these cuts.

In 2015 a consortium from Singapore tried to follow up on the Formula One race at the Valencia Street Circuit. Unfortunately, this has not succeeded.

The circuit of Valencia

The Valencia Street Circuit was built around the harbour. The corners had no names but numbers. 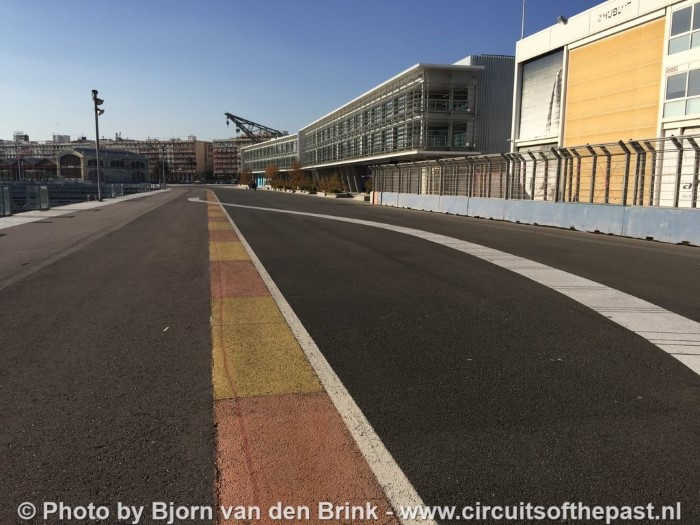 Turn 3 seen from Turn 4. On the left the harbour where the boats of the America’s Cup were docked. 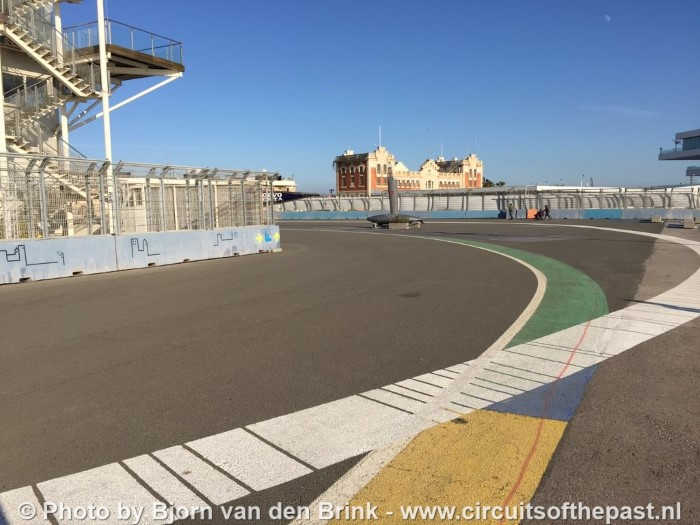 Turn 4 with on the left the FIA fences to protect the spectators. 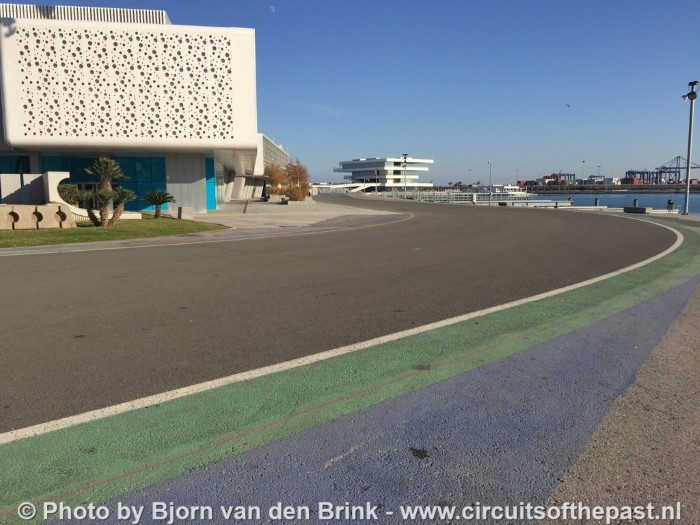 Turn 3. The white building on the background is the marine building. 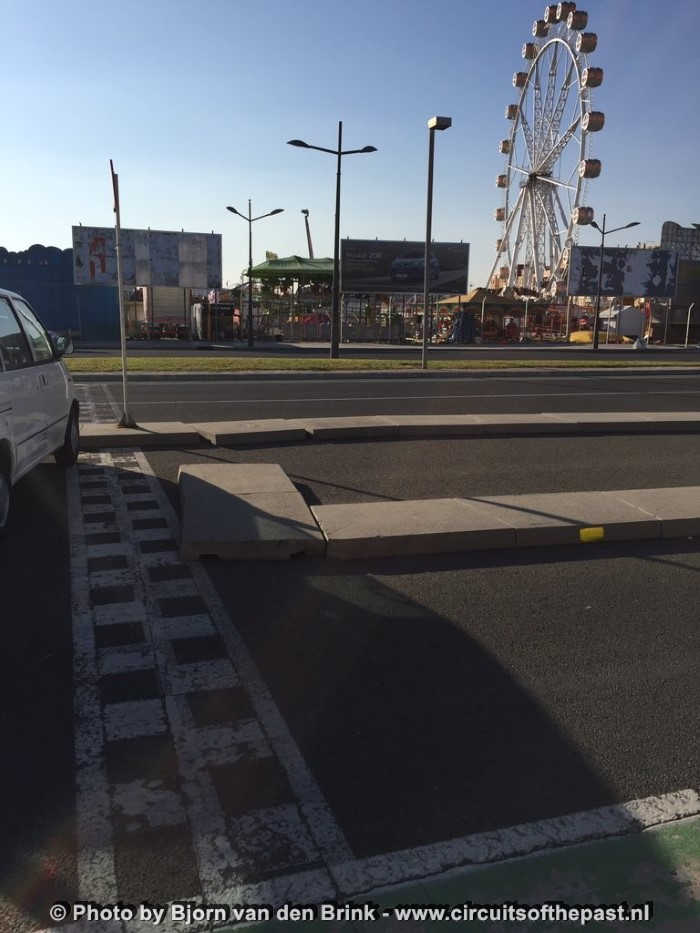 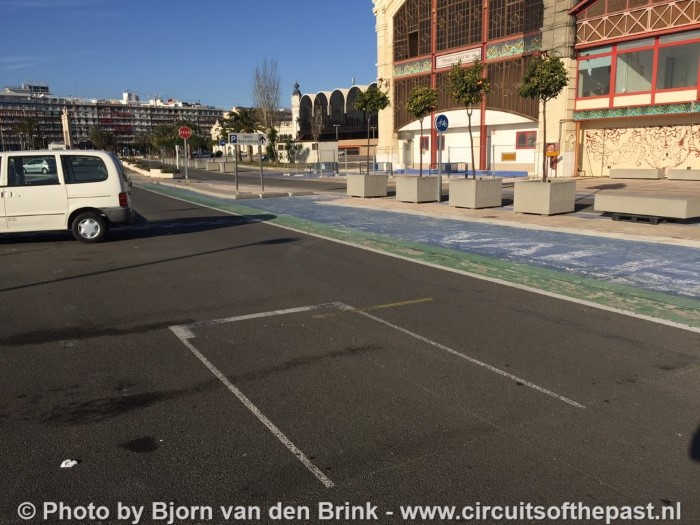 Pole position, and the pitlane on the right. 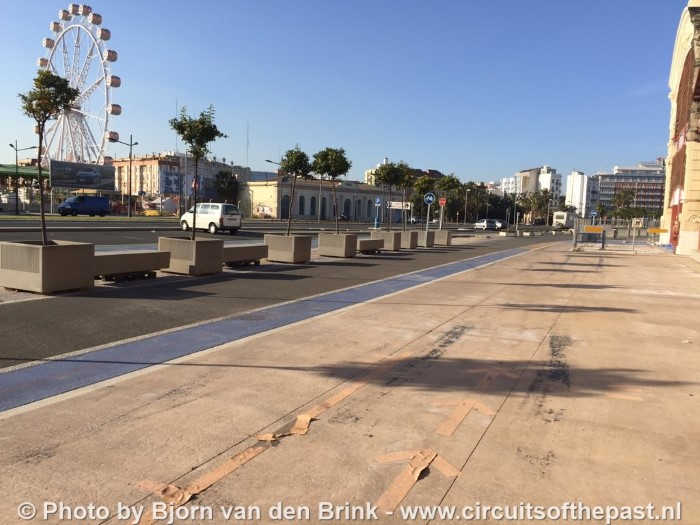 A view in the pitlane with the remains of duct tape used by the Formula One teams. 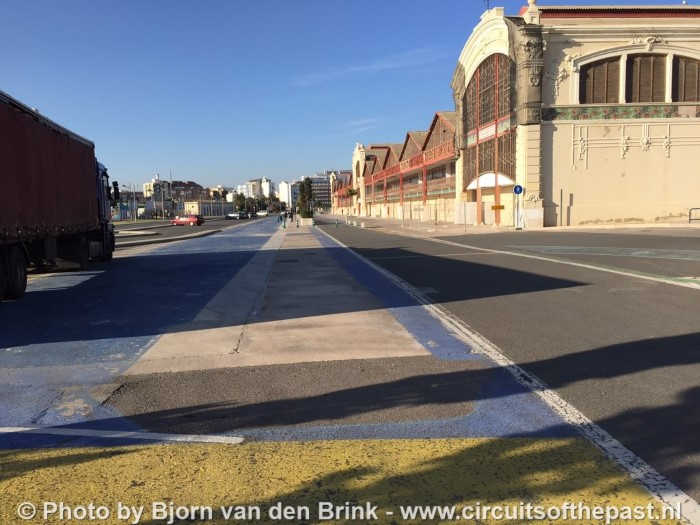 The entry of the pitlane. 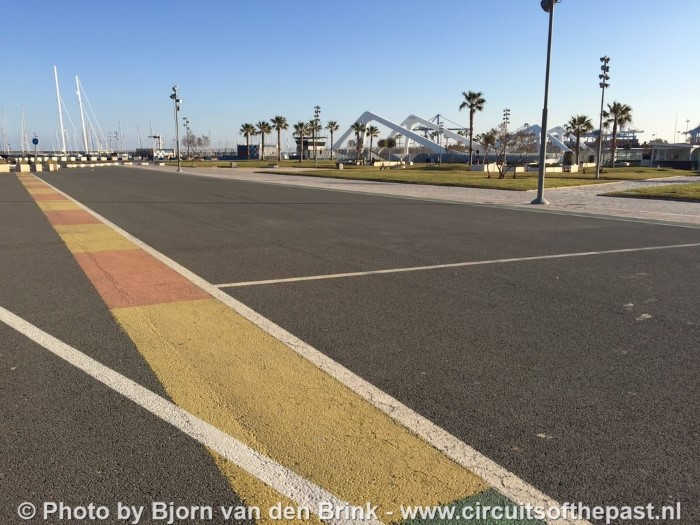 Direction Turn 8 and 9, over the bridge (which is now permanently open). 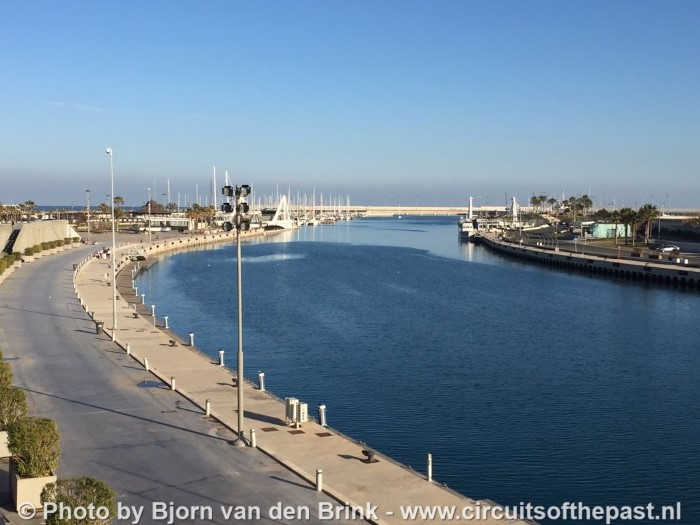 On the website of the marine there’s nothing to find anymore about the Valencia Street Circuit.

The only thing that reminds of the circuit are the painted lines on the asphalt, some rubber stripes in the old pit and a sign of the Formula One Paddock Club at the back of the old pit buildings.

Thanks to Herman Liesemeijer to give me the opportunity to contribute to the Circuits of the past website!