There is no pretender to Lobethal’s crown. When we look at the circuits that have seen racing in Australia, we might place Bathurst at the top of the list, or Phillip Island, or Gnoo Blas or some other. But they’re all on a different list to Lobethal. As a circuit, in its magnitude, in its mystery and in its innocence, always alone.

First acquaintance with the circuit of Lobethal

I first saw the name in Bill Tuckey’s book. Scene of the 1939 Australian Grand Prix – 60,000 spectators in the hot sun. That was all, because Bill hadn’t seen it. Then, during the running of the 12-hour race at Surfers Paradise in 1966 I was talking to Doug Whiteford, and I asked him what circuit he thought was our greatest. “Lobethal!” No hesitation, no questions – just a raft of comment about the inadequacy of the circuits of our day. 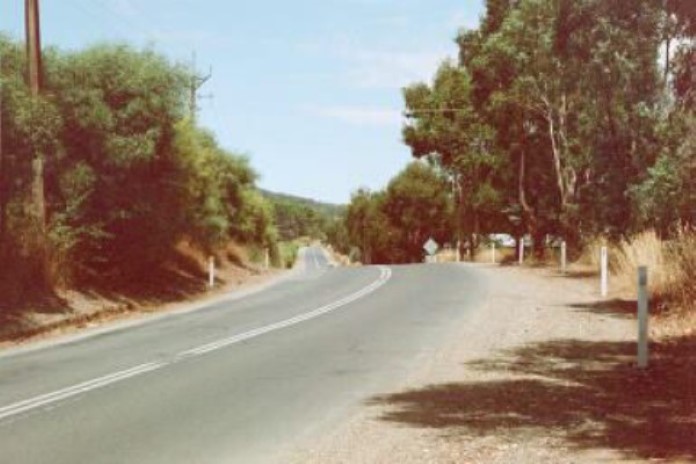 On October 8, 1972 I drove a Datsun 180B SSS round Lobethal to begin an obsession. I had seen some of the great ones. Longford and the fabulous 1965 Grand Prix, Bathurst, even Southport and the striking Victor Harbour could not hold a candle to Lobethal. I had seen it. Rising from somebody’s dream in 1937, Lobethal township in the hills East of Adelaide was the focus of motor racing activity after the awakening brought about by the Centenary GP through Port Elliott the previous year.

Today the originator of that dream has been forgotten, though it may have been Claude Black, a local car dealer, or possibly another local who saw the benefits racing brought to the community at Victor Harbour.

The origination of the Lobethal circuit

There had been hill climbs at Lobethal in 1936 and 1937, but these were on a metalled track out of town in the opposite direction to the circuit that was to come. When the movement to a race began, a group called Lobethal Carnivals was formed, and the Sporting Car Club of South Australia together with motorcycle racing people collaborated to make a reality of the first all-sealed road circuit in Australia. 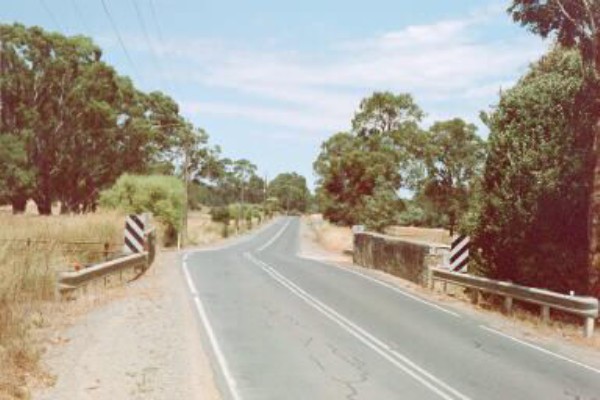 The layout of Lobethal street circuit

Reality. That’s a word that comes to mind with Lobethal. The reality of 8.65 miles of high-crowned bitumen roads wandering through the farmlands to converge on this pretty town. The reality of roads so dauntingly fast that – more than anywhere else in Australian racing history – they rewarded the ones who combined skill with bravery. 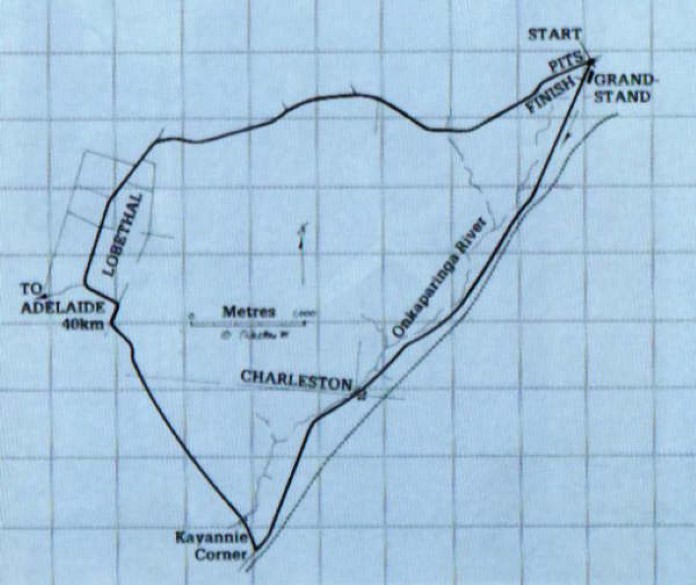 The first races at Lobethal

In 1938, when racing first came to Lobethal, it was the K3 MGs that set the pace on what was our first completely sealed road circuit. Spectators caught the train direct to the spectator areas at Kayannie Corner or the Grandstands at the start finish area at the Mt Torrens end. 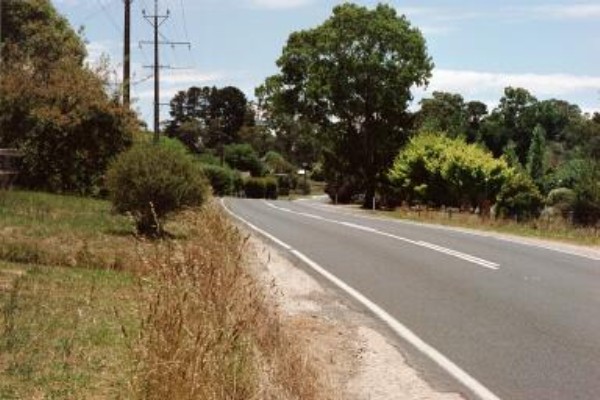 The raw speed was what they wanted to see, and the Alfa of Englishman Alan Sinclair was expected to provide it. Instead the K3 of Lyster Jackson set the initial practice pace at around 6:56, eclipsed in the second session by Colin Dunne’s K3 with a 6:36. By race day the times were really tumbling as Dunne got down to a 6:02 and Reg Nutt in the Day Special broke six minutes to come close to an 89mph lap average. The legend had begun.

One can wonder today what impact this and the later Bathurst AGP meeting had on Alf Barrett and his Morris Special, a Lombard radiator sitting in place of the passenger’s seat to add cooling capacity. 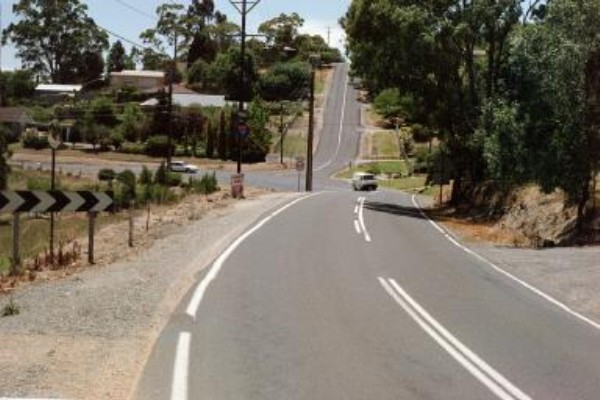 A year later he was back with the Alfa Monza (bought for L950!) and ready to show some real pace, and Kleinig’s legendary Hudson along with the 2 9 Alfa of Jack Saywell were out to beat him. With an ever more competitive bunch of cars, this was to be the fastest road race run in Australia in the pre-war years despite a shortage of suitable tyres for the sustained high speeds.

Oh, to have been there, perched in the paddock above the esses, or on Schubert’s farm watching the faster cars fly through that stretch. On these downhill swoops there were many cars reached higher speeds than they were capable of touching on the run to Kayannie. And just picture the sight through the township as the exhausts echoed from the shop fronts – and Colin Dunne mounted the footpath to pass one slower car!

The longest circuit in Australia

This was the longest circuit ever raced on in Australia, and it begs comparison with the Spa Francorchamps of the same era. The same length, the same lap speeds for comparable cars, the same number of slow corners, more of the fast ones and less straight road.

But while Spa was part of a circle of tracks visited by professional teams in the course of their annual competition, Lobethal was a remote outpost visited by gentlemen participants in a sport in its infancy, a vestige of a time long past, a dream of an enthusiast and a creation of enthusiasm. 60,000 saw its one truly great race meeting – by 1940 the clouds of war were gathering as the racers returned.

Lobethal sleeps today. It will not be woken by those who read this and go to visit, nor by those who find it by some other means. It’s like a grave that has been visited by a doting family a thousand times, getting older, but only returning the love of those who hold it dear in their imaginings. 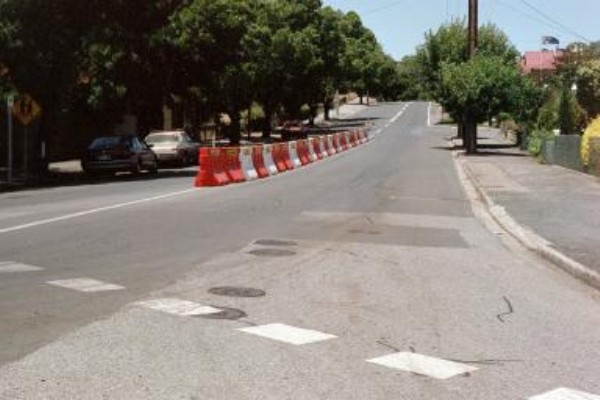 The coming of each New Year adds another year since its quiet end, when nobody knew it would slip into an eternal sleep. The echoes of exhausts from Woodside soon ended, but fabulous Lobethal will remain alone in the Adelaide Hills, the envy of every place any racing car has ever been driven, the dream of anyone who’s been there.

The photos covering the present day lap of Lobethal were taken by Australian motor racing journalist Ray Bell at the beginning of 2002. Much of the information about this circuit is from Ray’s archives and those who have helped him explain to the world just how great a circuit it was. 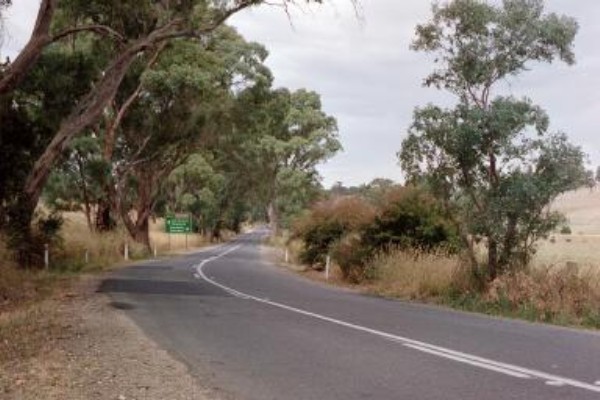