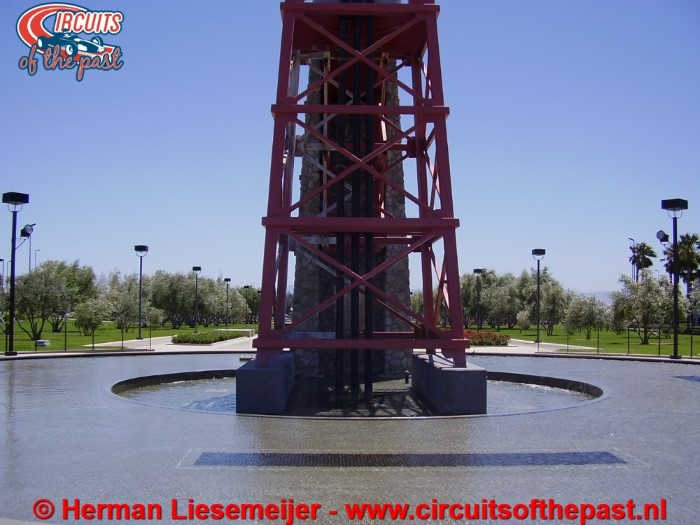 It is Sunday May 11 when I drive from Las Vegas to my next stay in Hollywood. I planned a stop at the Auto Club Speedway in Fontana, a suburb of Los Angeles.

I knew this oval from the IndyCar Serie and particularly from a terrible crash in 1997 between fellow Dutchman Arie Luyendijk and German Mark Meyer. Meyer spun and Luyendijk couldn’t avoid him and hit him with about 300 km/h. Fortunately everything went well, but at that time me and many people in the world feared for the worst.

Arrived on the entrance of the speedway, the doorkeeper told me that the race track was not accessible to the public that day. “Private event” he said. However, he gave me a poster and a few flyers. He allowed me to turn the car on the entrance way but not further. 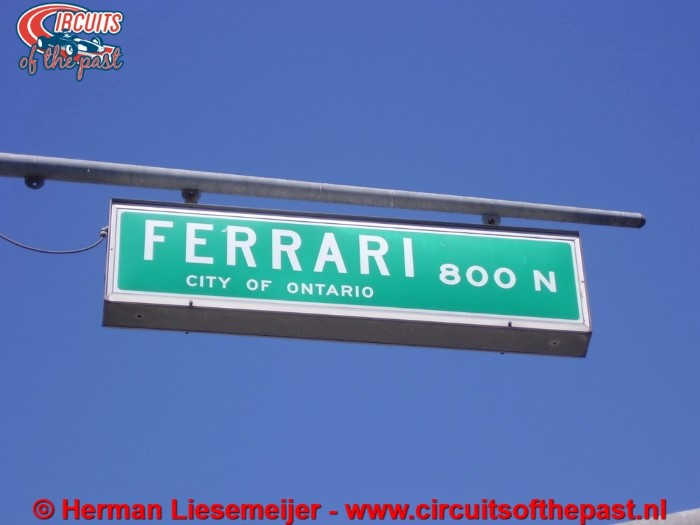 So, no visit to the Auto Club Speedway. Then on the way to my next destination which was just a few Miles further. The location of the former Ontario Motor Speedway…

The First time I heard about this race track was in the spring of this year when someone posted a few pictures of the location on the Circuits of the past Facebook Group. 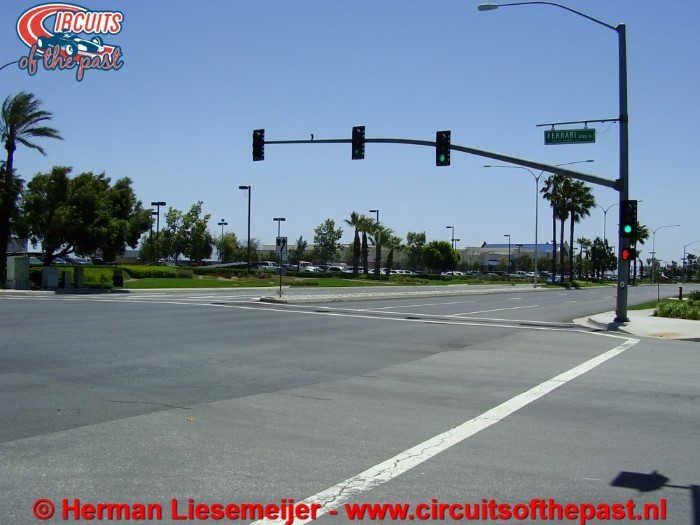 Indianapolis of the West

The biggest events were the Indy Car series and the NASCAR series. However, due to financial problems the speedway had to close in 1980. The land was sold and the new owner demolished the Ontario Motor Speedway and gave the ground a new destination. 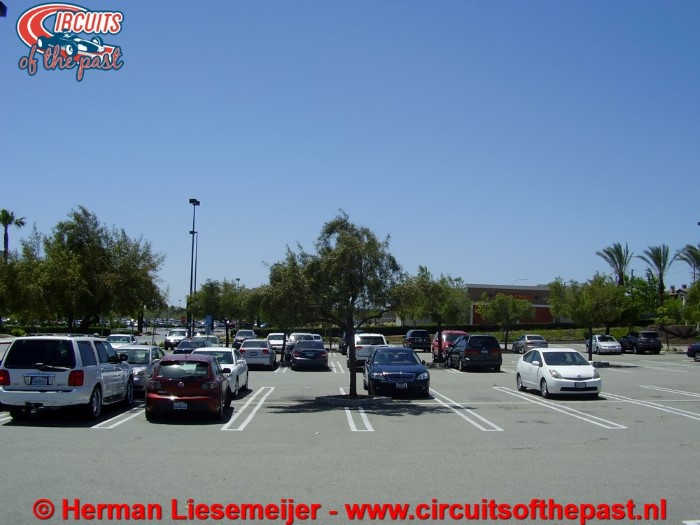 My visit to the Ontario Motor Speedway

In my search for information about the Ontario Motor Speedway, I found a video that showed the site of the race track as it is now. Particularly an empty field with the embankment of Turn Three fascinated me. It inspired me to visit this site. And the fact that is was on the route of my already planned vacation made it a lot easier.

Short after my unsuccessful visit to Fontana Motor Speedway, I arrived at the site of the former Ontario Motor Speedway. The place I wanted to visit first was ex Turn Three. But unfortunately the fence which was open in the video was closed now, with on the gate a sign with the tekst “NO TRESPASSING”. 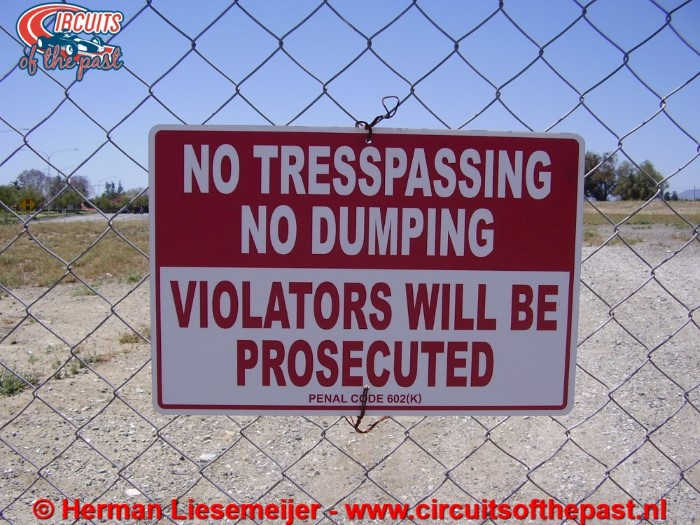 In an attempt to film the site I held the camera above the fence and tried to film the embankment. I was not able to see what I filmed, so to be secure I made another shot from a higher distance of the fence. 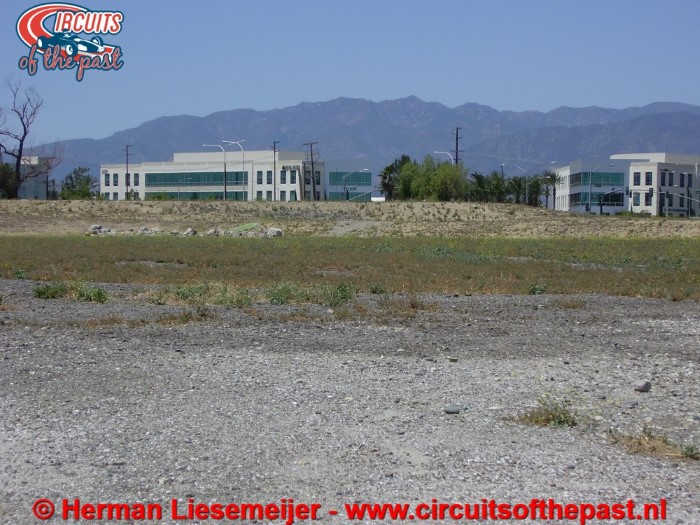 It’s sad but true. All what left of the Ontario Motor Speedway is this empty lot with the embankment. If you look at the hedge along the edge of the site, you see that it follows the banking of Turn Three. 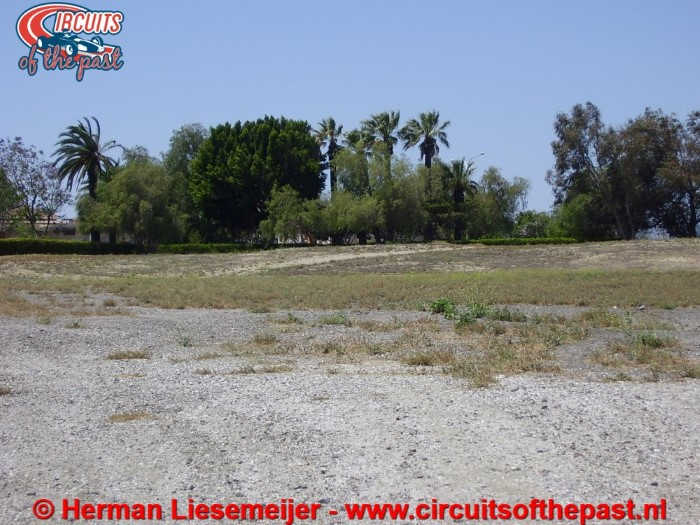 But the average passant will not recognize these minor referrals to the Ontario Motor Speedway. When I watched the video recordings in the evening I saw that the shot over the fence was not suitable for the movie I had in mind. So I had to use the other shot with the fence between the camera and the embankment. Luckily I could made a few good pictures through the gauze. 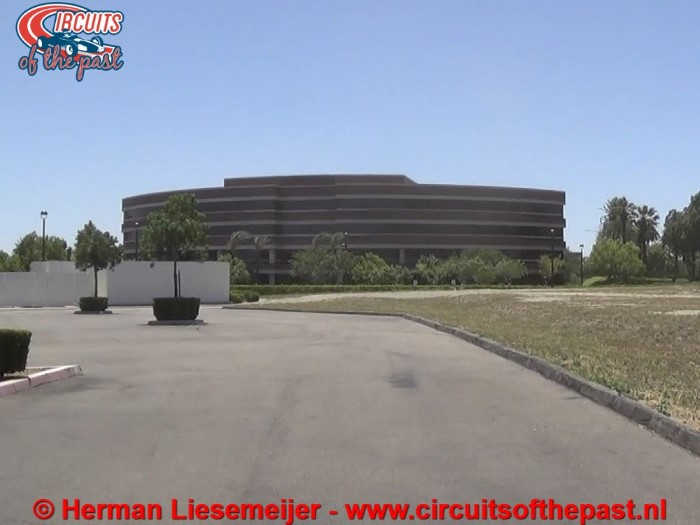 The next film location was a parking between Turn Three and Four. At the site of Turn Four is now a large building and the entire Frontstretch is built. 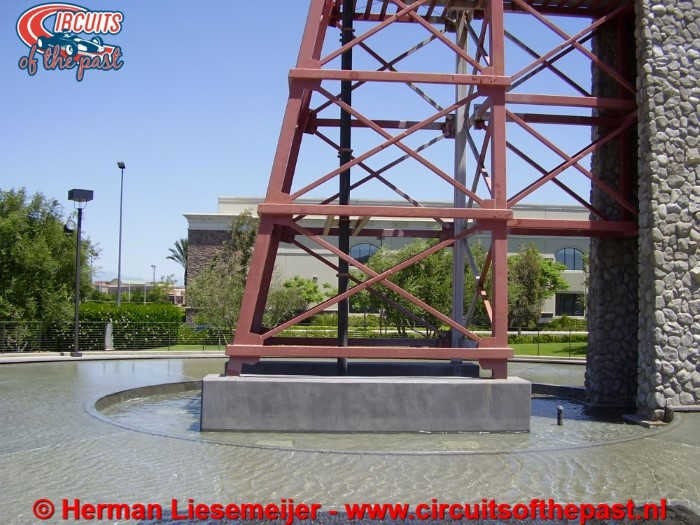 On the next stop I make some shots near the fountain which is now on the site of the Start/Finish line. Than I walk to the junction of the Ferrari Lane and the Inland Empire Boulevard, where Turn One was. I make a shot if I follow an imaginary racing car in Turn One. This was what I had in mind for this video, a virtual lap. 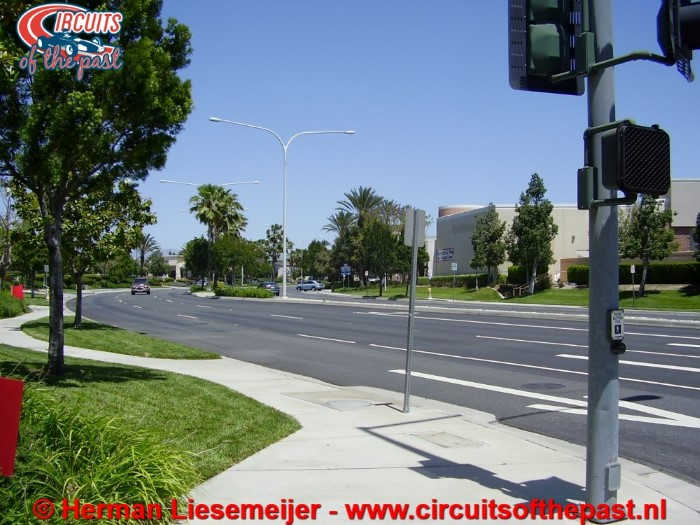 “I guess you wonder why I film a parking lot,” I said to them. “There was a race track on this location in the past,” I continued. “Cool!” was the reaction of one of them. After the movie recordings on the parking lot, I bought myself a Frappucino at the Starbucks near Turn Two. 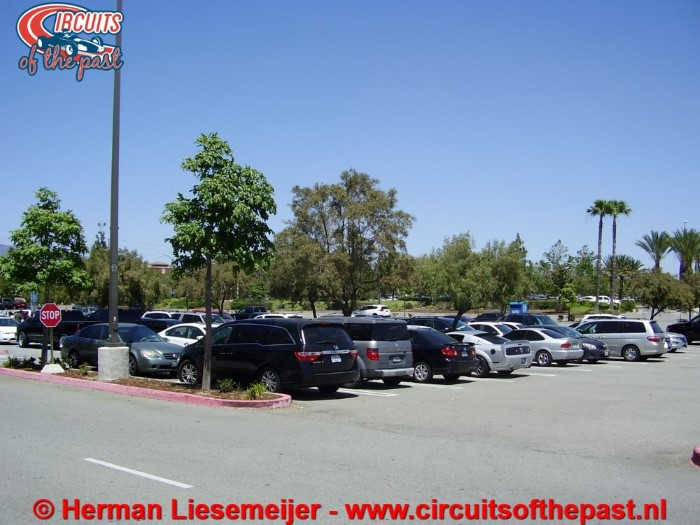 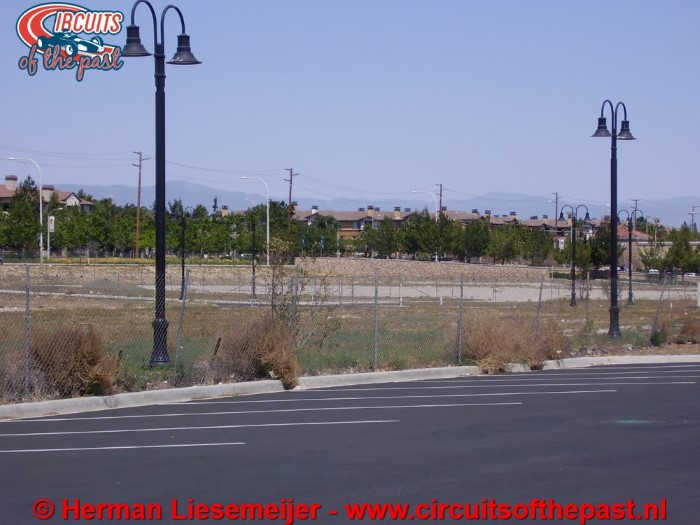 When the thirst was quenched I drove to the former Backstretch. This part is not built yet, but there is nothing left of the track. With the camera I follow the immiginary race cars on the Backstretch and zoom in where I think they should disappear on the horizon.That made my virtual lap complete. The result can be seen below.

So far my blog post about my visit to the Ontario Motor Speedway, and the series about my road trip in the USA in 2014. I hope you enjoyed it. If so, comments are appreciated! 😉