The third and last circuit I visited during my vacation in Italy in 2007 was the old street circuit of Riccione. I never heard about this track, but by coincidence I discovered it. In the blog post below you can read how…

It was Wednesday the 15th of August 2007, and one of the last days of my summer vacation in Italy. The next day I should start the journey back to the Netherlands. The Italians celebrate Ferragosto that day so I decided to take it easy. 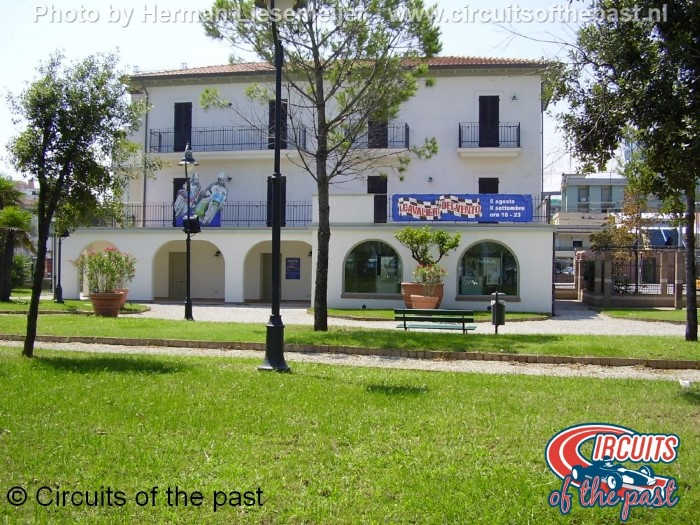 That afternoon I walked trough Riccione, the village I stayed the last week. I saw a nice villa with the curious name Villa Mussolini. It turned out to be an old summer residence of the Duce, Since 2005 it’s an exhibition centre. To my surprise there was an exhibition about motorcycle races in Riccione! Because it was closed now (siesta) I decided to go back in the evening. 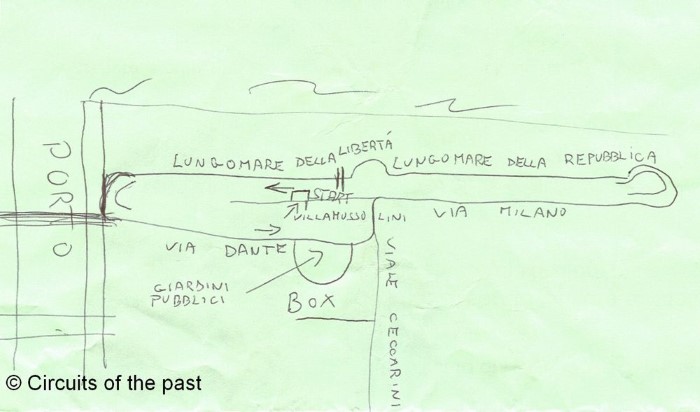 I told an employee about my website and asked him if he could draw the layout of the circuit with the names of the streets, what he did. Start/Finish was just behind the villa so the track was not far.

A lap on the Riccione Street Circuit

Because I should go back home next day I had to make a photo tour the same evening at twilight. So I started a 3,2 km (2 Miles) walk trough the centre of the busy seaside resort Riccione. 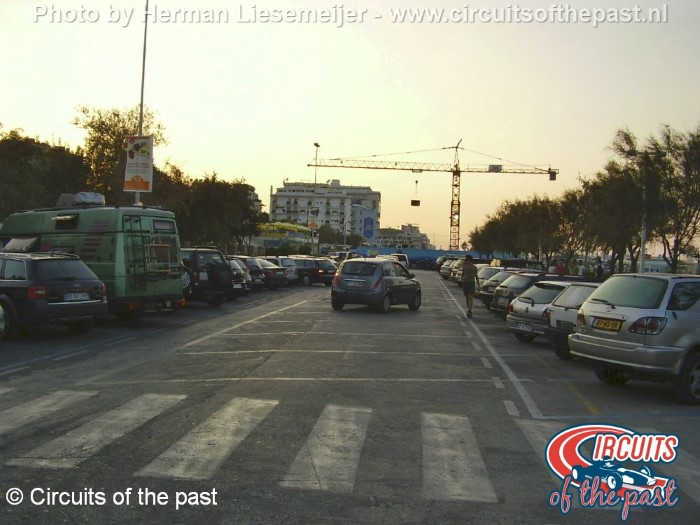 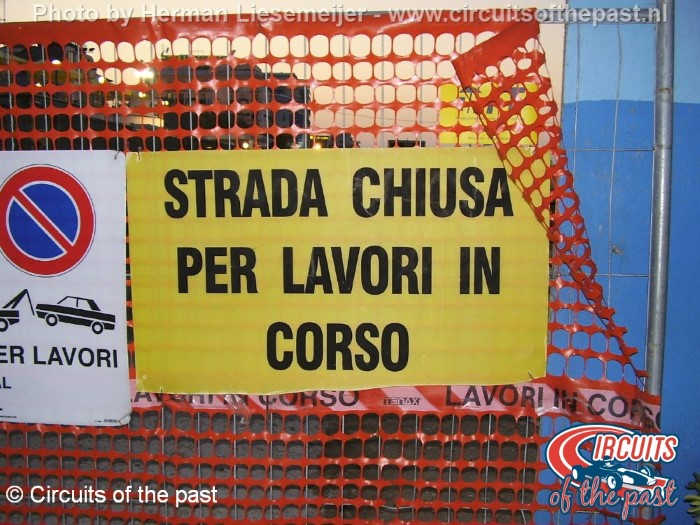 The tour started behind the villa on the boulevard alongside the Adriatic coast in the direction of the harbour. Underway to the harbour I found a road construction on my way so I had to make a little detour. At the harbour I turned left. A short straight was followed by another left turn, into a narrow and most of all very busy shopping street. 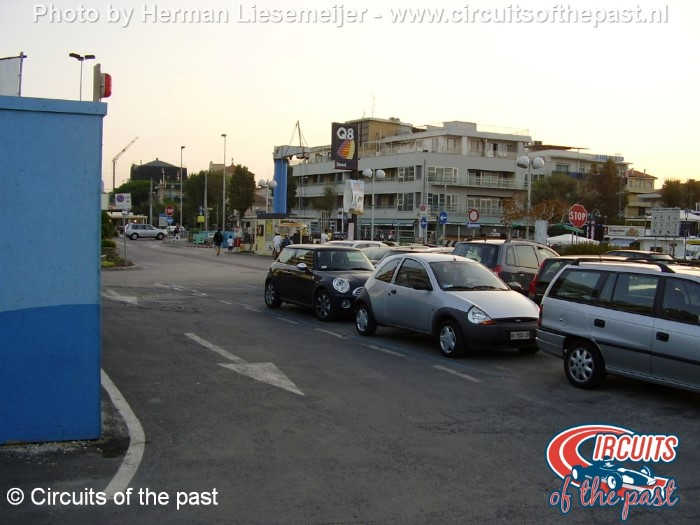 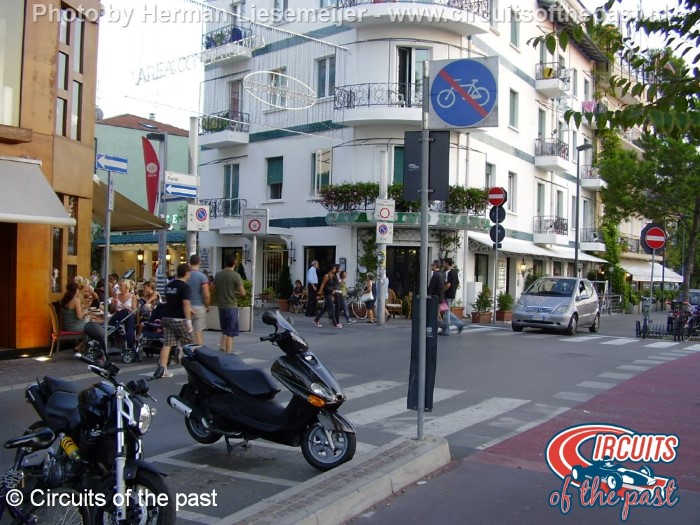 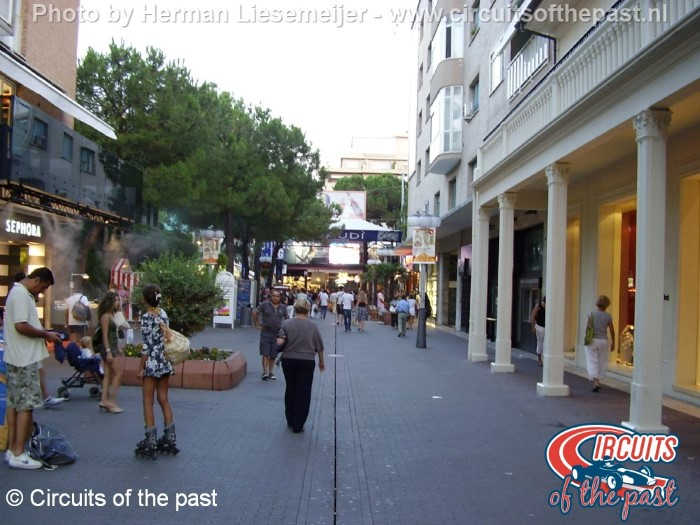 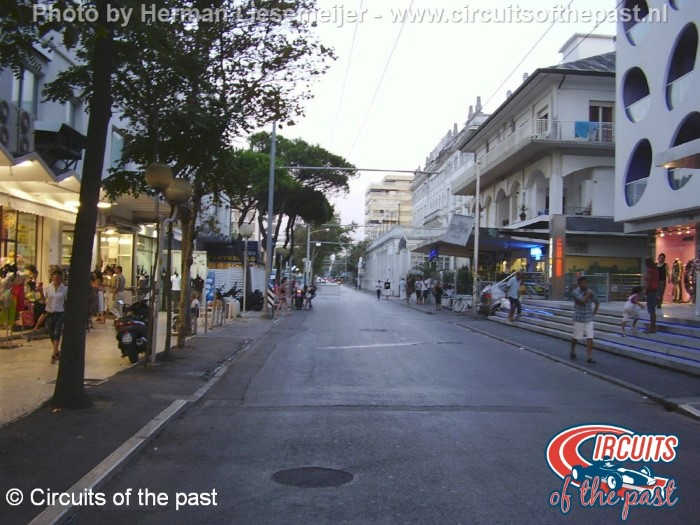 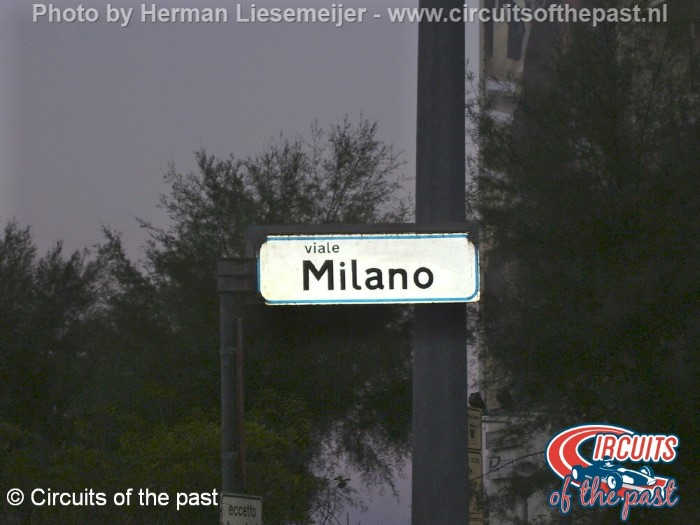 After a nice walk trough the shopping district in the centre of Riccione, I reached the boulevard again. A long straight was interrupted by a plaza, where in the old days a chicane was built to reduce speed at start/finish. 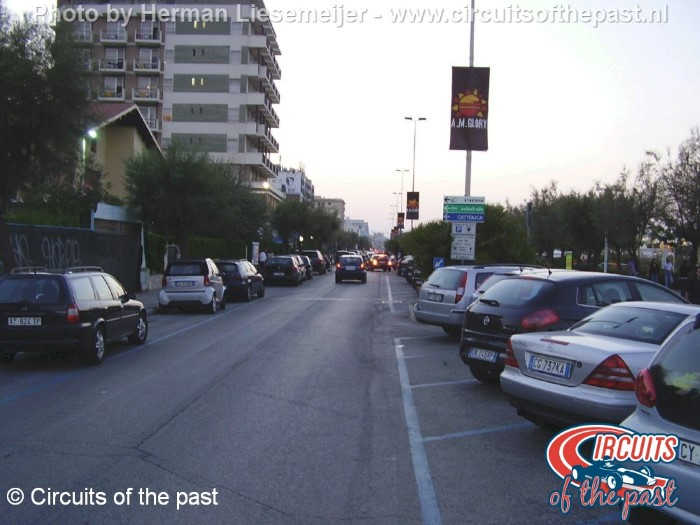 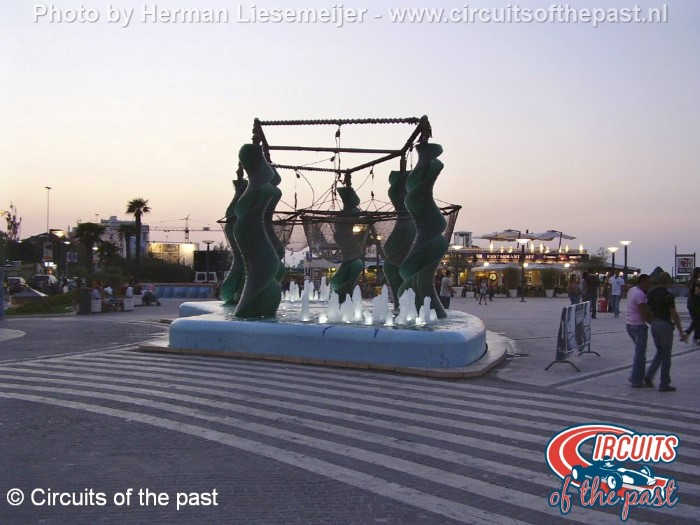 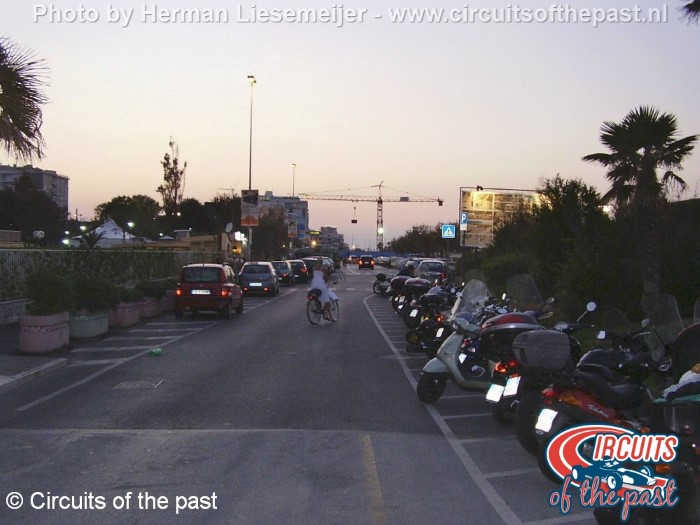 The street circuit of Riccione was used from 1949 to 1971, primarily for motorcycle races. Because in the neighbour village Misano a permanent circuit – the Autodromo Santa Monica, home of the MotoGP San Marino Grand Prix – was opened in 1972 the street circuit became superfluous.

So far my report about the old Riccione street circuit. I hope you enjoyed it. If so, comments are welcome! 😉