Spa-Francorchamps is for many people the most beatiful circuit in the world. For me it’s a place full of memories to the early 90’s. Those years, the world was (short after the fall of the iron curtain) naively optimistic… 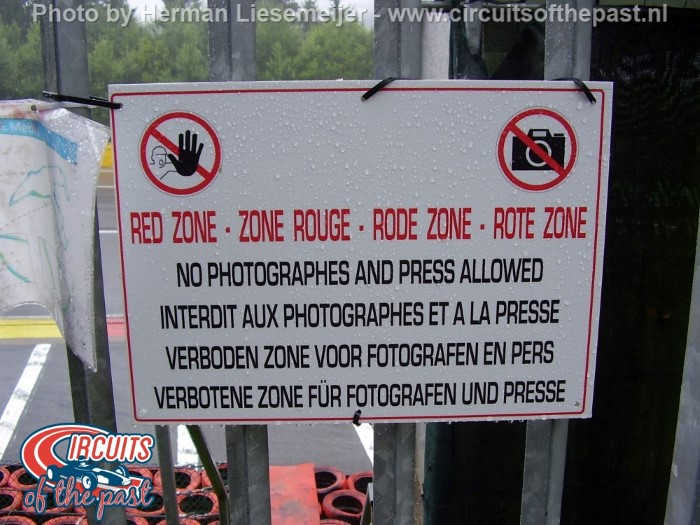 My first visit to Spa-Francorchamps in 1991

That’s how it came that I visited the Belgian Grand Prix for the first time in 1991. I knew the track only from television, but in real it looked much more impressive. I was particcilary impressed by a very steep right-hand corner. 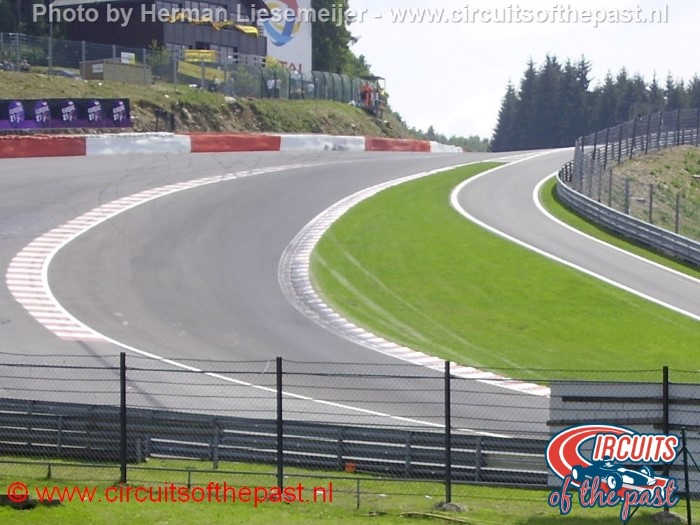 There I watched and enjoyed the Formula One cars who came down the straight to this corner. You couldn’t see them on the straight from there, but you coud here them accelerate and shift very quickly. When they were on the steep slope you heared the revs drop down and the time between shifting became longer. In a free magazine I get there, I read that the name of this corner was Raidillon.

I tell extensively about this first experience at Spa-Francorchamps in my Ebook “The Magic of Weathered Asphalt“. In addition, many more stories about historic and abandoned circuits.

Memories to the 90’s

Not only the race track is full of great memories, also the surrounding is full of memories to the time that I was in my twenties. Not very long in possession of a drivers license those days, but I had already pretty much driving experience. I drove approximately 60.000 Km (37.500 Miles) per year, and drove also regularly on the race tracks of Assen and Zandvoort (See also “The Circuits of the past Story“). 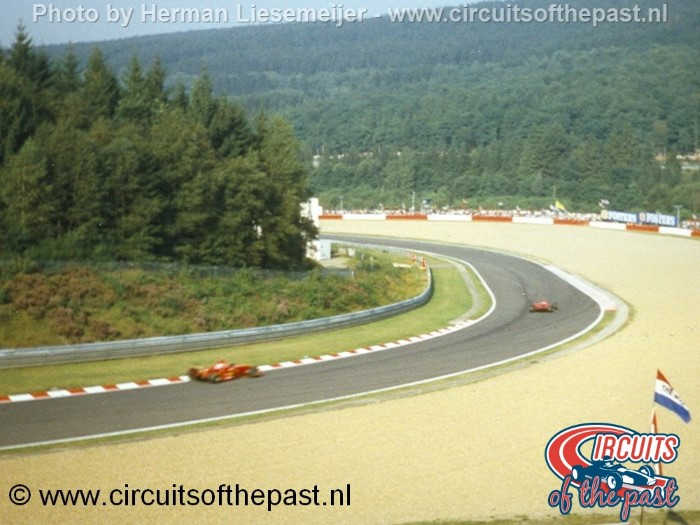 For sure I had a lot of youthful hubris those days. At that time I developed my love for circuits and beautiful corners. There was almost nothing better for me than a winding road. When I saw a beautiful corner, I could not resist the temptation to take that corner at high speed. Well, nice corners were plenty in this region.

When I visited the Belgian Grand Prix, which I did from 1991 to 1997, I stayed on Camping de la Cascade in Coo. That was a 20 Km (12.5 Miles) drive from Francorchamps on a nice narrow winding road. You can imagina that it was a pleasure for me to drive this road. Especially for you I filmed it in 2015.

It should be noted that there are more building on this road now. A high banked hairpin (at 1:46) has been made flat now, and the traject filled with chicanes and 30 Km/h speed limits today. So, the joy of speed is something from the past here.

Once I had a narrow escape here. It was when I tought to know the route, which I liked to compare with the Nürburgring Nordschleife. One time I made a miscalculation regarding the speed at which a certain bend could be taken. Because of my circuit experience I could hold the car on the road, but I need the whole width. That corner can be seen at 1:31 in the video.

A funny point on the route was an ascending section where you see a tree right in front. It looks if the tree is in the middle of the road but if you come closer, just after the top of the hillock, the road turns left just before the tree (this point can be seen at 5:04).

Back to 2015. I arrive in Francorchamps in a downpour. I decide to go to the circuit museum in Stavelot first. Inside it’s dry at least. In the museum is a collection of racing cars and motorcycles, and a lot of pictures of the good old days of the old circuit.

There is also a model of the old and the current circuit. In front of the model is a panel with the names of the corners. If you press a button by a name you see an indicator light up by the corner on the model. Here I see an amusing scene…

A little boy pressed the button by the name Eau Rouge. To his surprise, the indicator on his favorite corner didn’t light up but on the kink before. He is confused and ask his father. His father also didn’t understand why the light is by another corner than expected. I decided to explain it to them. I told that the name of the corner which is called Eau Rouge by most people is actually Raidillon.

When I have seen everything in the museum it was stopped with raining. Time to visit the circuit! Over the old part of the race track I drove to the current circuit. Underway I made a stop at Masta and Malmedy for filming and photographing. Arrived at the current circuit I park my car on the parking lot near the Raidillon. One day in 1993 I also parked here. Then I saw the crashed Lotus of Alesandro Zanardi on top of the Raidillon. today I saw motorcyles, practising for a race that weekend. 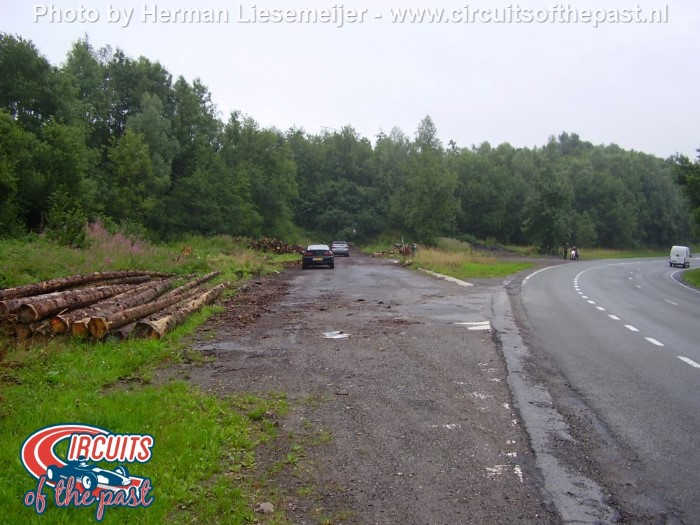 After filming the Raidillon and the old l’Ancienne Douane section I went to the higher part of the track. When I’m arrived at the begin of the Kemmel Straight a new downpour begins. Under the roof of a wooden cottage, where they sell beer and hamburgers during races, I shelter from the rain.

After some time it rains less, but it is not dry. I decided to sacrifice myself for the good cause and continue my way along the Kemmel straight. A good picture of Kemmel was missing on the page “A lap at old Spa-Francorchamps“, so this time I was determined to make this picture. Arrived at the site I expected a bridge over the track, I discovered that there was no bridge anymore. The stairs were still there, but to cross the race track was not longer possible. 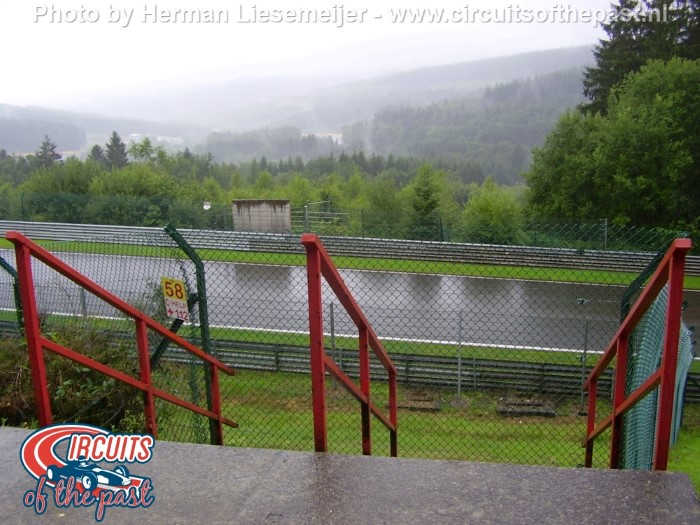 Then the rain changed in a downpour again. Meanwhile I was soaked, so I decided to let it rest for the day and went to my hotel. The next day the weather was beautiful, perfect for filming.

After breakfast I went to my car for the onboard recordings. Early in the morning it would be pretty quit on the road, I thought… First I filmed the “Route du Circuit”. That’s the new road that made it possible to close the circuit for traffic in 2000, to make it a permanent venue. This went pretty well, but then when I wanted to film the old part of the circuit it changed…

That I found myself during peak season in a tourist area was unmistakable. Time after time I was ceased by slow drivers who drive structurally 20 Km/h slower than the speed limit. And time after time I had to drive back and restart for this reason. Unfortunately, it’s not longer possible to do a complete lap as it could before 2000.

Off course, Spa-Francorchamps is a beatifull race track. But if you have to drive back and forth all the time it start to be annoying on a certain moment. During one of these attempts suddenly a tow truck, who should have give way to me, comes from a secundary road on the main road, right in front of me!

It was very frustrating but I keeped calm and hoped I could overtake him. When I saw that this wasn’t possible I had to restart for the umpteenth time. Grumbling and cursing the driver who destroyed my recording I turned the car and went back to the starting point at Les Combes. However, at least I could use this annoying moment in a funny blooper video…

When the next attempt is disturbed by a truck that blocked my view in the banked Stavelot Corner, I decided to leave it for the moment and do a new attempt in the evening.

Onboard video at old Spa-Francorchamps

Also in the evenig the circomstances are not ideal because of slow driving tourists. Finally there was one reasonable “lap”. I came to the conclusion that it was not possible to make a better recording (with a free view on the track all the time) that day. So, here’s my lap at old Spa-Francorchamps…

After two days Francorchamps, my vacation was almost over. On the way home I would cross the Dutch/German border for a short visit to the Grenzlandring. But more about that in another blog post.

I hope you enjoyed this blog post about my visit to Spa-Francorchamps in 2015. If so, comments are welcome! 😉