Rarely became a circuit that has existed such a short time so famous as the Tripoli Circuit in Libya, then a protectorate of Fascist Italy. A race fixing scandal and the fascist history made it one of the most illustrious circuits in motorsport history! In this article I tell you about the history of the Tripoli Circuit, the Tripoli Grand Prix and what happened with the track after World War Two. 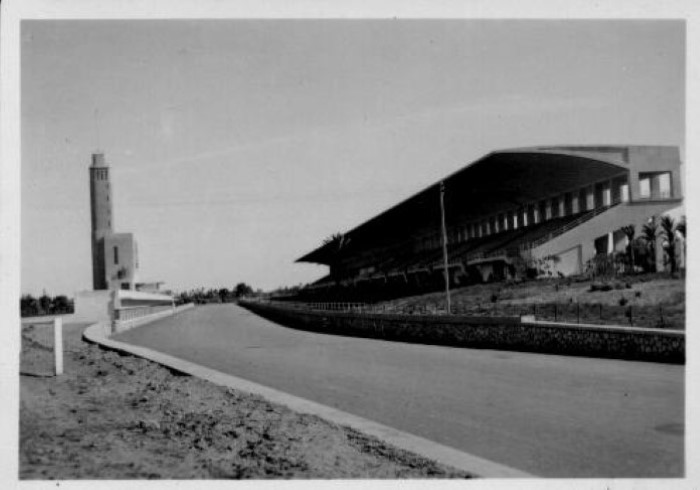 The origination of the Tripoli Circuit

The first time a Grand Prix was held in Libya, which was an Italian protectorate from 1912 to 1942, was in 1925. It was held at a slow “Monaco style” street circuit, near the capital of Tripoli. The first Tripoli Circuit was not very popular by public and drivers.

In 1933 the authorities, in particular Italo Balbo – the new governor of Libya under Mussolini – decided that the Tripoli Grand Prix should become a major event.

A new street circuit was built around the Mellaha salt lake. The new circuit was the fastest in the world, with the most modern facilities of it’s time. A huge grandstand and an imposing control tower were the landmarks at Start/Finish. The official name of the track was Circuito di Mellaha, but it is best known as the Tripoli Circuit.

The layout of the Tripoli Circuit was extremely fast. Almost all the corners of the 13.14 km (8.21 Miles) long circuit where fast kinks, most of them were flat-out! 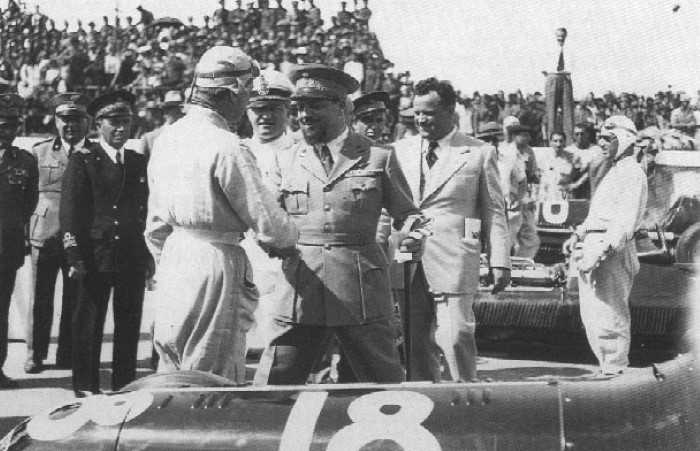 Governor Balbo shakes hands with the drivers at the starting grid.

The race that was rigged

The first race at the Tripoli Circuit in 1933 resulted in a race-fixing scandal. Top drivers made a deal with a ticketholder, to share into the prize money. Since then the numbers where drawn five minutes before the start of the race when the drivers are in the cars. 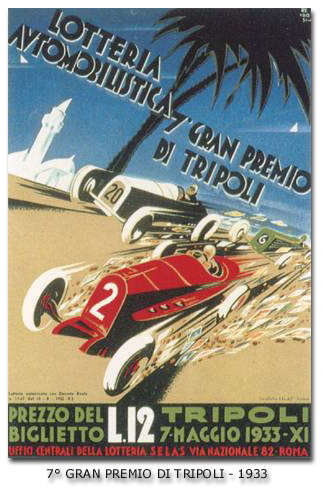 The end of the Tripoli Circuit

The last Tripoli Grand Prix was held in 1940. After that Libya also became involved in World War Two and motorsport stopped.

In 1943 Libya came under British authority and in 1949 the UN decided that Libya should become an independent kingdom. But in 1969 Colonel Gaddafi came to power after a coup. He would exercise his authority over the country for the next 42 years. 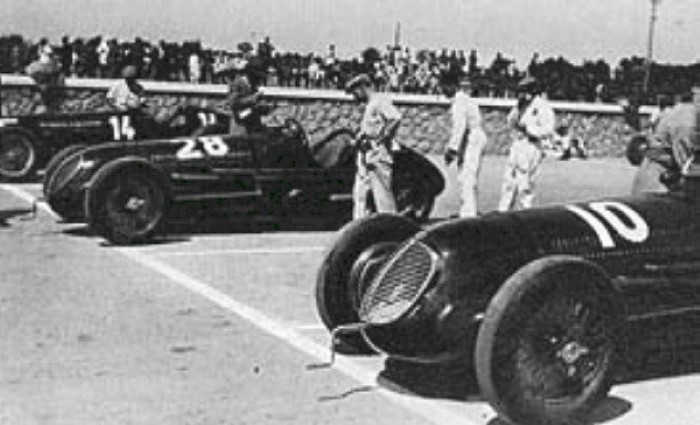 Inside the Tripoli Circuit was an airbase of the Italian Air Force which was built in 1923. In January 1943 the airbase was taken by the British. Since the spring of 1943 it was used by the Americans for bombardment flights.

In 1954 the American government agreed with the Libyan government that they could use the airbase until the end of 1971. During this period the airbase was extended which was a disaster for the old Tripoli Circuit!

The huge grandstand and the control tower where demolished and the Start/Finish area was changed into a new runway. Now the famous Tripoli Circuit was history! 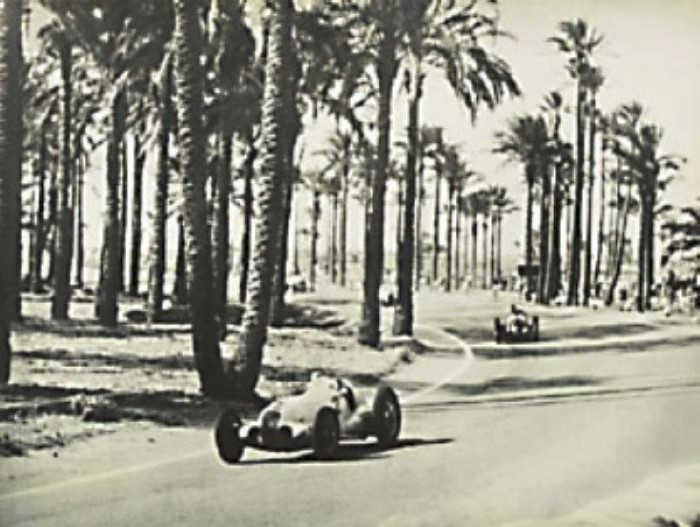 When in September 1969 Colonel Gaddafi came to power in Libya, he demanded the Americans to leave the airbase and hand it over to Libya. After negotiations both parties agreed that the base would be handed over to Libya in December 1969.

Ironically, on April the 15th 1986 this airbase was bombed by the Americans. Since 1995 the former airbase is a civil airport called Mitiga International Airport. In 2011 the airport was the scene of fights in the revolt against Gaddafi. And more recentely, in April 2019 there was an air raid on the runway.

About 50% of the roads who formed once this renowned track are still there. But the Start/Finish area including al the buildings is completely gone! Only a few people will recognize this place as the location of one of the most illustrious race tracks in motor racing history. 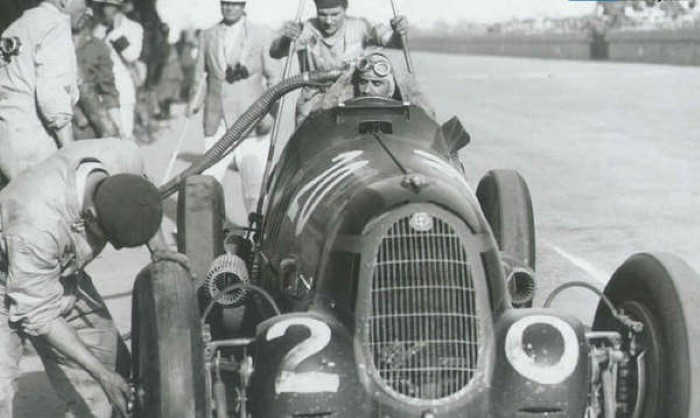