The longest F1 track ever was not the old Nürburgring as many think. It was the iconic street circuit of Pescara in Italy. Home of the pre-war Coppa Acerbo and the pos-war Pescara Grand Prix. I was fascinated by this race circuit for years, and in 2007 I finally visited it. Here the story…

The longest F1 track ever

The first time I heard about the circuit of Pescara was in an article in the Dutch magazine “Auto Vision”. A street circuit through the Italian hills, with two very long straights, passing some small villages and a ride through the suburbs of Pescara. And with its 25.579 km (15.89 Miles) length longer than the Nürburgring Nordschleife. That made it also the the longest F1 track ever. My fascination for this circuit was born! 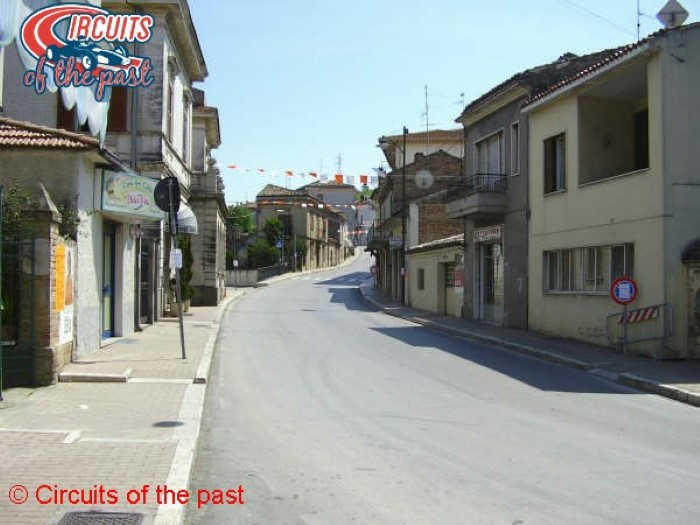 My visit to the Pescara Circuit

It was on Tuesday, August 14, 2007. From my hotel in Riccione, I left for a 250 km drive to Pescara over the “Autostrada Adriatica”, a freeway with a lot of nice corners. However, in the evening back in my hotel I saw a program on the Italian TV about this road and they told that this was one of Italy’s most dangerous routes.

Imagine that you would photograph the Nürburgring Nordschleife. That would be a huge job. Let alone a circuit that is even longer, and with a subtropical temperature far over 30° C. And with a stop every kilometre it’s also a hard job for the car. I had to turn on the heating to keep the engine cool! You will understand that the series of photos of Pescara cost me some liters of sweat.

A photo tour around the longest F1 track ever

Despite these hard conditions, it was fantastic to drive on the longest F1 track ever. In particular the places that where recognizable from old photos where very special to me. For example the house on Start/Finish whose roof in 1957 was packed with spectators. Or the picturesque street in Cappelle. That the circuit has not been forgotten proves a monument in the hills between Spoltore and Cappelle. 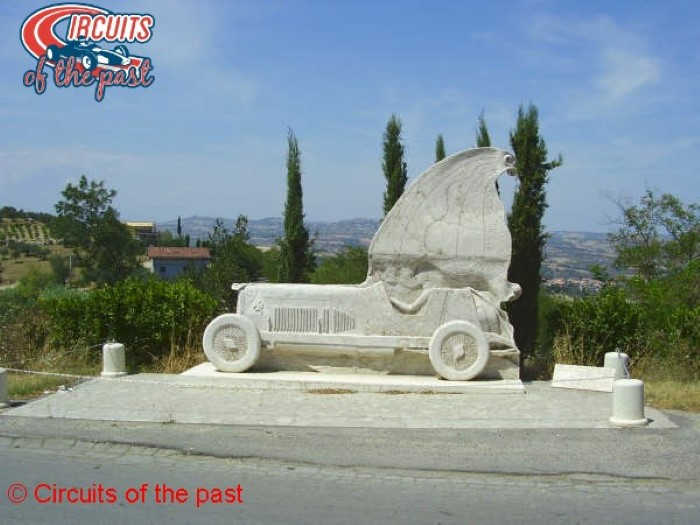 After a ride through a nice hilly landscape with many fast corners and some funny jumping hills, I arrived at the first of the two long straights. Unfortunately they build a roundabout in the last corner for the straight. On this 6 km long straight was the so called “Flying Kilometre”. Because the traffic I couldn’t beat Fangio’s 1950 record of an average speed of 309 km/h on the Flying Kilometre 😉

A walking tour along the Start/Finish Straight

After I photographed the countryside-part of the Pescara Circuit, I decided to give the car a break. So I did the urban area around the railroad station and Start/Finish by foot.

Walking from the railroad station to Start/Finish, in my hands a camera and a photo from 1957, I asked an older Italian if he recognized the building on the photo. He did not and he told me that a lot of old buildings where demolished.

After this not so hopeful message I continued my way. When I stopped for a little beak, which was not a luxury with these temperatures, I looked into the direction of the Start/Finish site and suddenly I saw a nice surprise… There was the house on the picture! 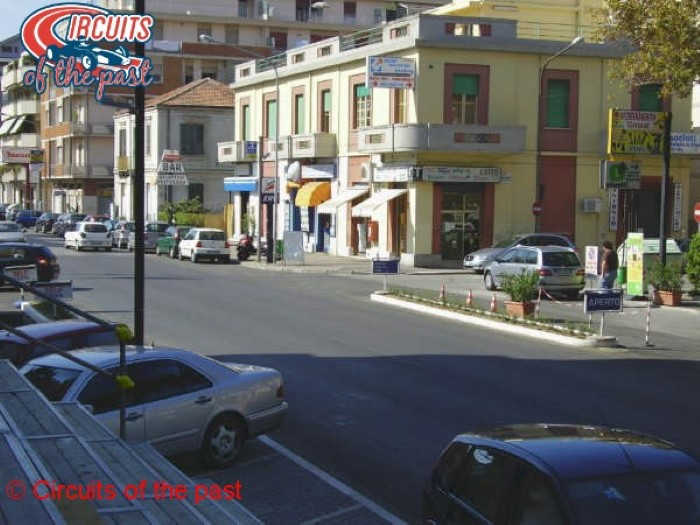 Even the site of the Start/Finish line was easy to find because they painted him on the road again. There was also a temporary grandstand. Maybe a revival or a cycling race on the old race track?

After I made some photos of Start/Finish I went to the site of the chicane. In fact it was a kind of a detour, introduced in 1934 to reduce the speed at Start/Finish.

It was the first time they built an artificial corner in a circuit to reduce speed, so this was the first chicane ever. Actually, I was not sure about the exact location of the chicane. So I made some pictures of the most probably site. 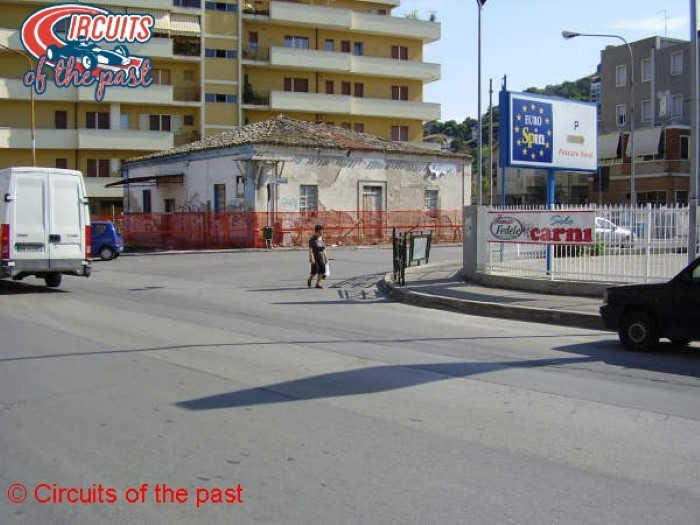 The Pescara Circuit vs the old Nürburgring

These photos completed my lap on the longest F1 track ever. Like the old Nürburgring it has an enormous diversity of corners and a lot of elevation changes. But while the Nürburgring is a permanent circuit, Pescara was a street circuit which gave it an extra dimension.

A lap starts and ends in a typical urban setting with right-angle bends and long straights. While the other part of the circuit is a real rollercoaster ride through the countryside. That combination makes Pescara one of the finest “circuits of the past”.

Do you want to read more about the history of the longest F1 track? Check the main article about the Pescara Circuit!

Or if you want to see the complete photo tour, check “A lap at Pescara“!

I hope you enjoyed my report of my visit to the longest F1 track ever. If so, reactions are appreciated 😉