This page tells the story of the old street circuit of Montjuich Park, located in Barcelona, capital of the region Catalonia in Spain. Once it was one of the finest and fastest city circuits that ever existed. This circuit had a great varied layout through a city park scenery between historic buildings and gardens.

The origination of Montjuich Park Circuit

Already in 1908 races where held in the Spanish region of Catalonia for the first time, at the Baix Penedes circuit. 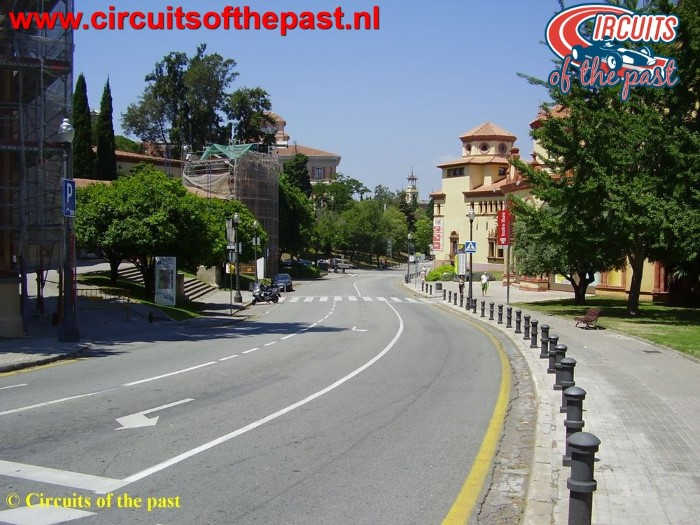 In the early twenties the first permanent motor racing venue in Spain was built in Sitges Terramar near Barcelona. It hosted the 1923 Grand Prix of Spain, but unfortunately it closed already in 1936 when the Spanish Civil War broke out.

On Christmas 1932 a motorcycle race was held for the first time in the streets of Montjuich Park in Barcelona. In 1933 the first car-races have been held there.

The layout of the Montjuich Circuit

The circuit was 3.791 km (2.35 Mile) long and was driven anti-clockwise. Montjuich was one of the most beautiful and challenging, but also one of the most dangerous street circuits in the world. 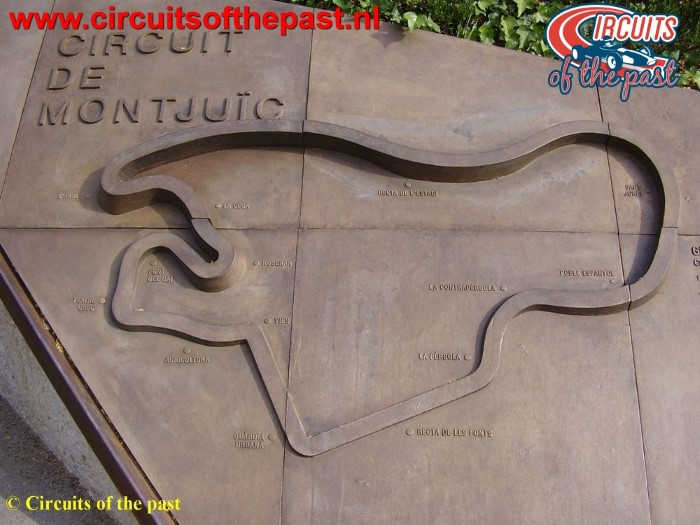 Near the Start/Finish of the Formula 1 is now this memorial in the shape of the circuit.

The Formula One Spanish Grand Prix

During the years 1969 to 1975, the Spanish Grand Prix was alternated between Montjuich and Jarama. The Grand Prix from 1975 was overshadowed by drama, which means the end of Formula 1 racing at Montjuich! 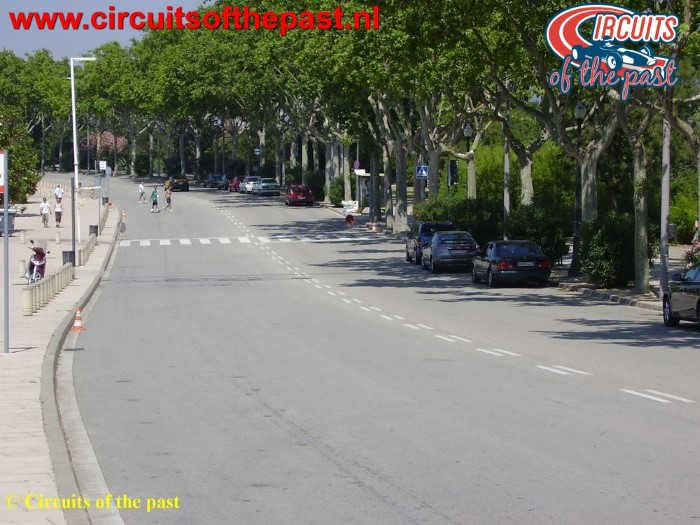 The Start/Finish site of the Formula One races.

The tragedy during the 1975 Spanish Grand Prix

It started during the practice when drivers expressed their doubts about the safety of the track and a drivers strike was in the air! The organizers threatened to impound the cars to compensate the financial losses. So the team bosses told their drivers not to strike!

Emerson Fittipaldi was driven his obliged three laps during qualifying and was leaving the circuit. He would not start on Sunday. 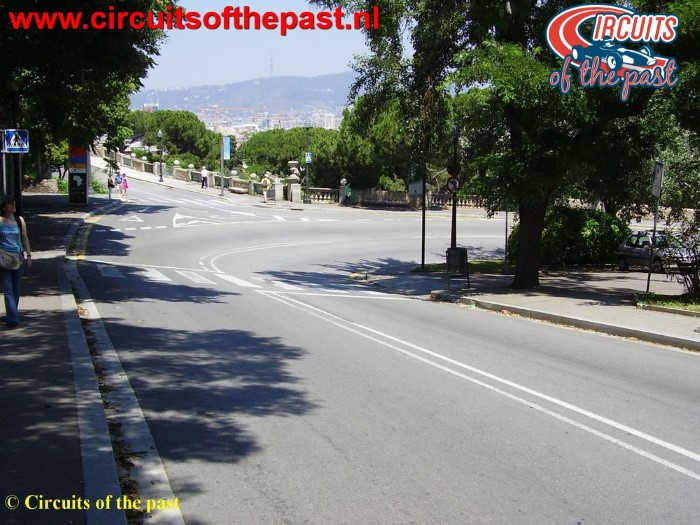 After the race was started a few small incidents happen. But on lap 26 the rear wing of the leading car from the German driver Rolf Stommelen broke, the car crashed and flew over the safety barrier. Three marshals and a reporter were killed.

Three laps later the race was stopped and Jochen Mass was declared as the winner, but only half points where given. That was the last Formula One Grand Prix at the Montjuich street circuit!

Rolf Stommel himsel survived the accident at Monjuich. But in 1983 he lost his life after a crash during a sportscar race on the Riverside International Raceway in the USA. Ironically enough, the fatal crash was caused by a broken rear wing. 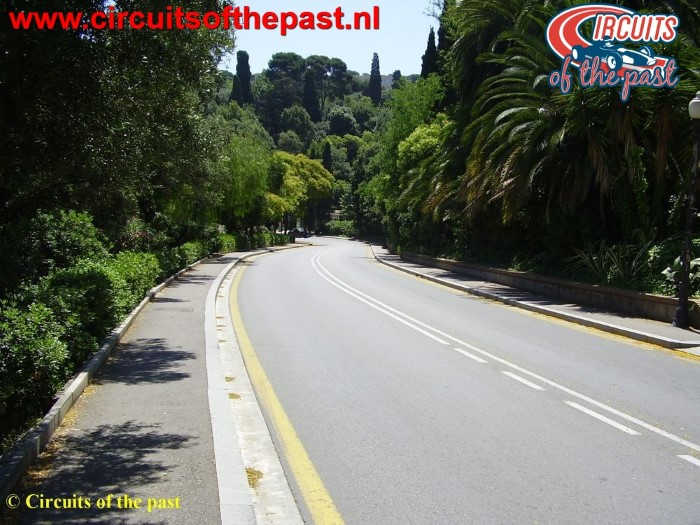 The end of the street circuit of Montjuich Park

Until 1986, 24 hour races for motorcycles have been held at Montjuich. But after that last race the circuit was found to dangerous for any race class. So the Montjuich Circuit definitely closed for racing. In 2007 a revival was held at the old street circuit. 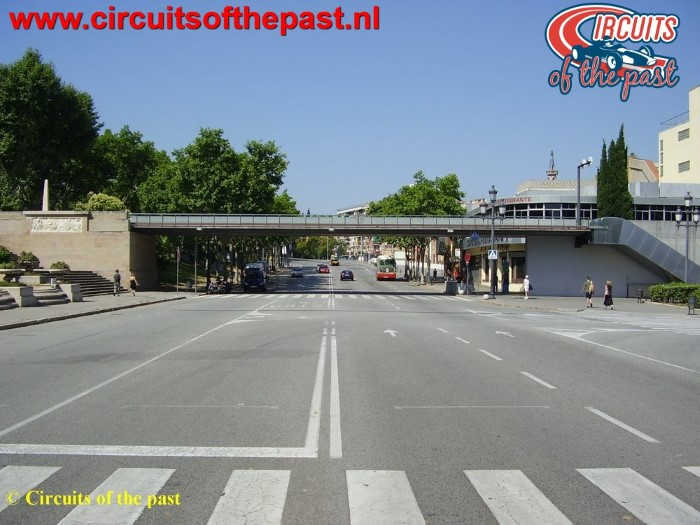 This was the Start/Finish site of the 24 Hours motorcycle races.

Near Barcelona, at Montmeló, is now a modern permanent circuit where the Spanish Grand Prix is held since 1991. Today the old street circuit at Montjuich looks almost the same. Only a roundabout has been added. 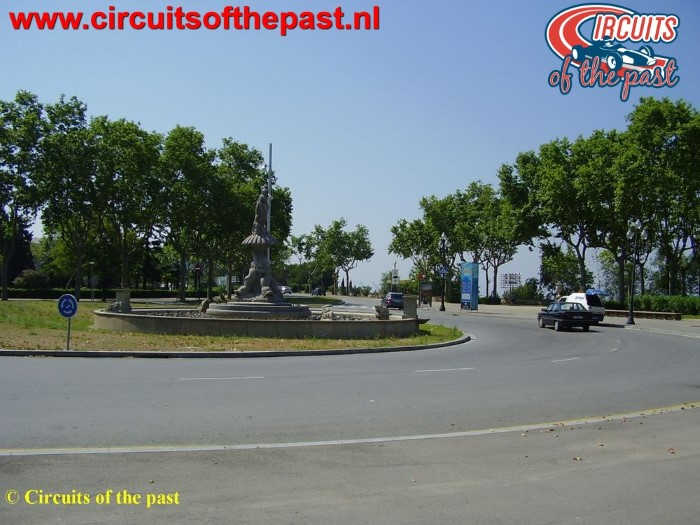 That was the story of one of the most scenic and challenging street circuits in the hstory of Formula One. Unfortunately, it ws also a very dangerous track. Do you want to see more from lost Formula 1 circuits? Check the video below! You evben see Montjuich in the video.