In this article I tell you the history of the old Pedralbes Circuit. It was a very fast street circuit – in the Pedralbes distict of Barcelona – that hosted three times a Formula One Grand Prix…

The origination of the Pedralbes Circuit 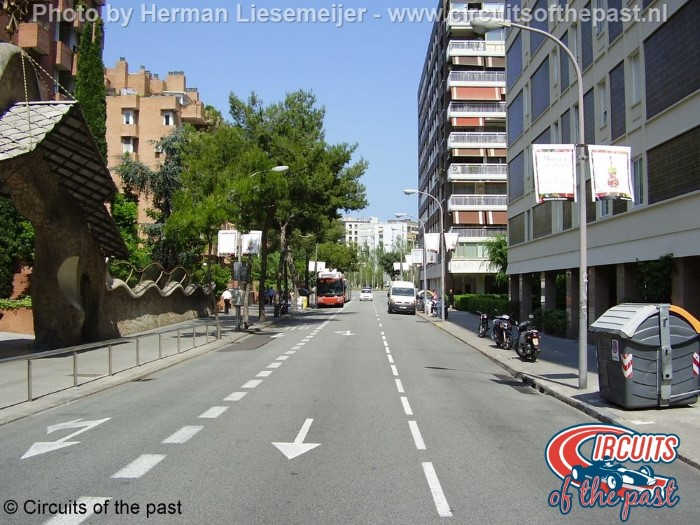 The layout of the Pedralbes Circuit

There where three long straights and one part with fast sweeping corners which was the only challenging part of the circuit while all the other corners where street corners to connect the roads. Despite the layout was not very challenging the fast circuit was very popular by the drivers and the spectators.

The layout of the Pedralbes Circuit. Click on the picture for a photo tour around the circuit.

In 1950 the Penya Rhin Grand Prix was an inagural Formula 1 race. For this event the circuit was expanded with the Passeig de Manuel Girona and the Carrer de Numància. Also the driving direction was changed, from counter clockwise to clockwise. 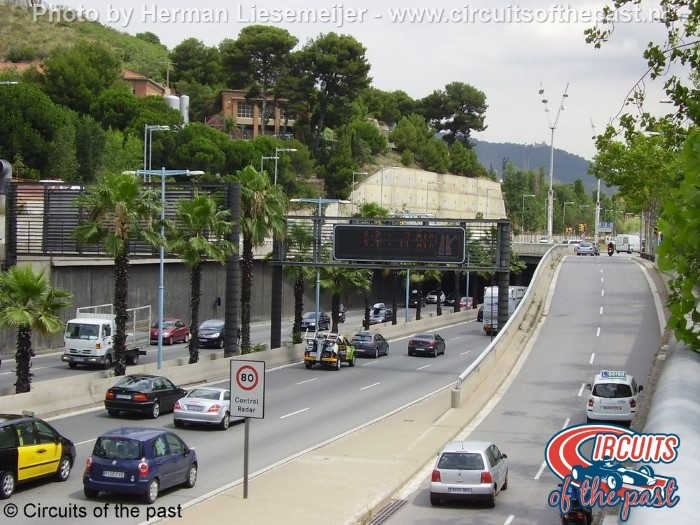 The 1951 Grand Prix was counting for the Formula 1 World Championship, it was the first official Formula 1 race in Spain. In 1954 the Spanish Grand Prix came back at Pedralbes after an absence of two years.

For this event a small change to the circuit was made which brought the length now at 6,333 km (3.958 Miles). However, it would become the last F1 race at Pedralbes… 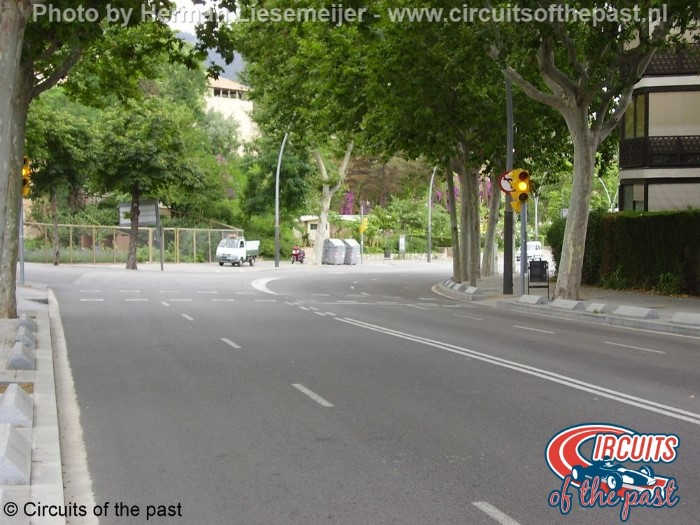 The end of the Pedralbes Circuit

After a grave accident during the 24 Hours of Le Mans in 1955, which took the lives of more than 80 spectators, races all over the world where cancelled including the Spanish Grand Prix.

As a result of the accident, safety standards for the circuits where increased. This meant the end of the very fast street circuit, which was never used again. 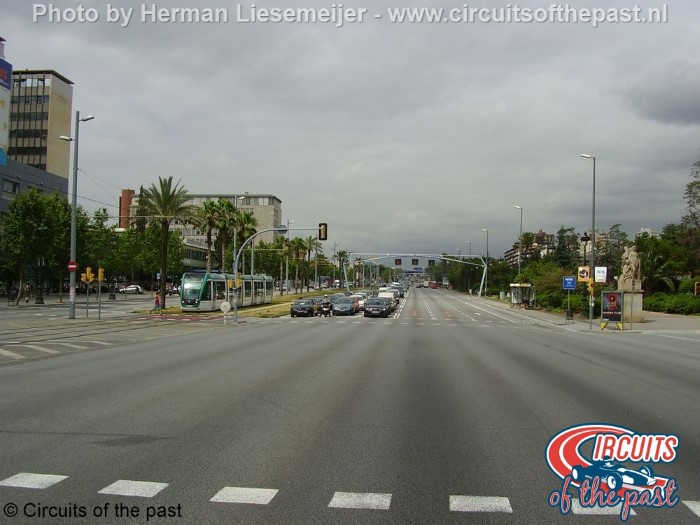 Today you can still make a lap at the old street circuit, however some things have been changed. In the middle of the 50 meter wide Avinguda Diagonal is now a tramway and at the site of the first corner begins a highway. 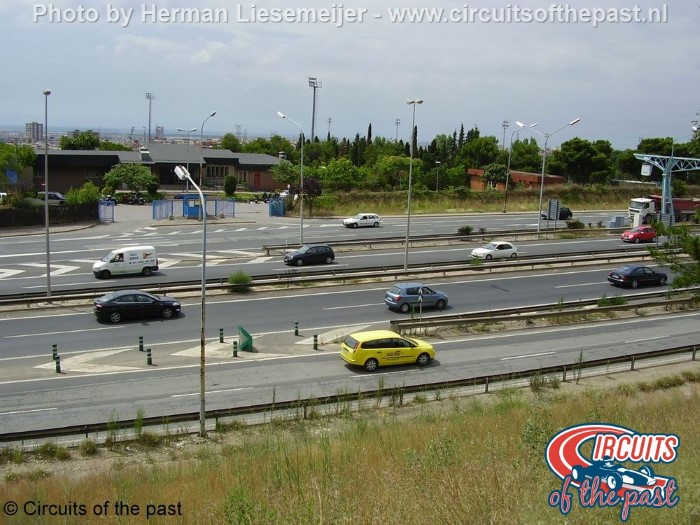 Avinguda d’Esplugues has now become a city highway with tunnels. The section with the fast kinks is almost unchanged, except the roundabout they built in the first kink. 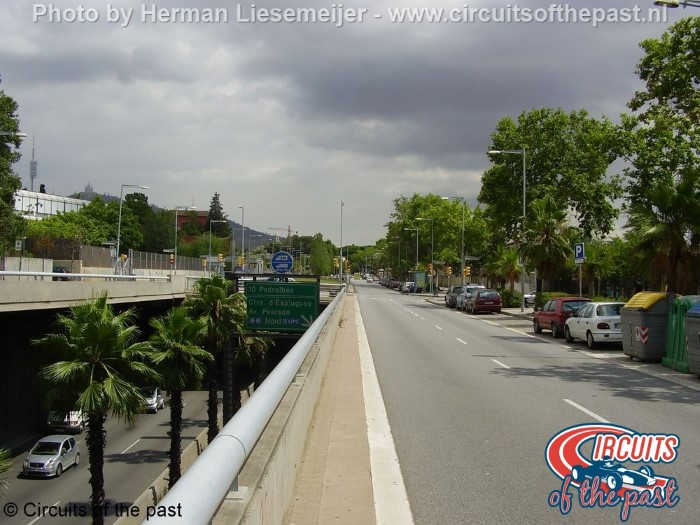 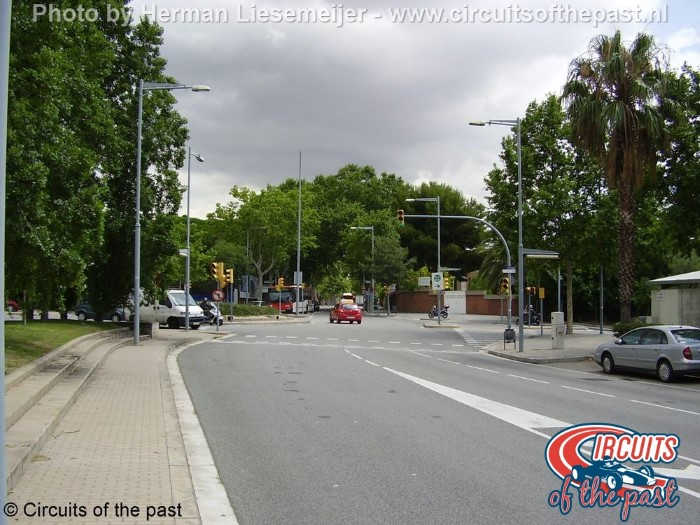 A roundabout at the most challenging section of the former street circuit! 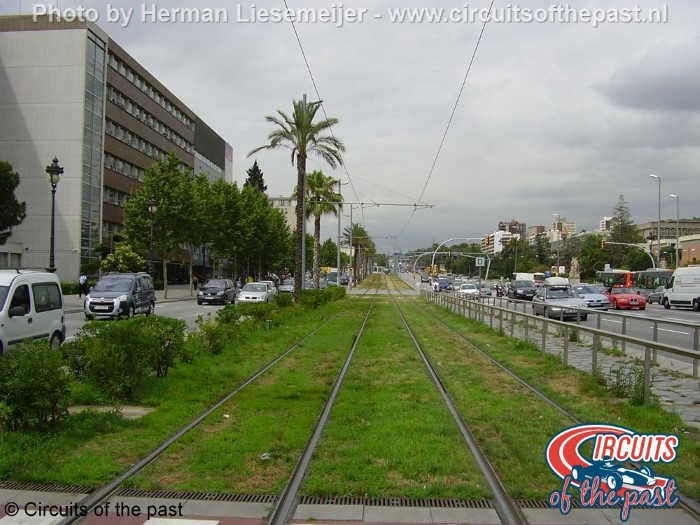 The tramway at the Avinguda Diagonal.