This page tells the history of the Schleizer Dreieck, the oldest street circuit in Germany. Located near the city of Schleiz in the former DDR (East Germany). This was once a beautiful natural race circuit, that could compete with circuits like Spa-Francorchamps. For safety reasons, the layout was shortened and it became an average street circuit…

The Schleizer Dreieck, German for Triangle of Schleiz, is the oldest street circuit in Germany. In 1922 engineer and racing driver Karl Slevogt discovered that the triangular connection of three roads South of the city of Schleiz was a very good site to test sport scars. Because the roads follow the contours of the landscape, they called it a “Naturrennstrecke“, which means “Natural Race Track“. 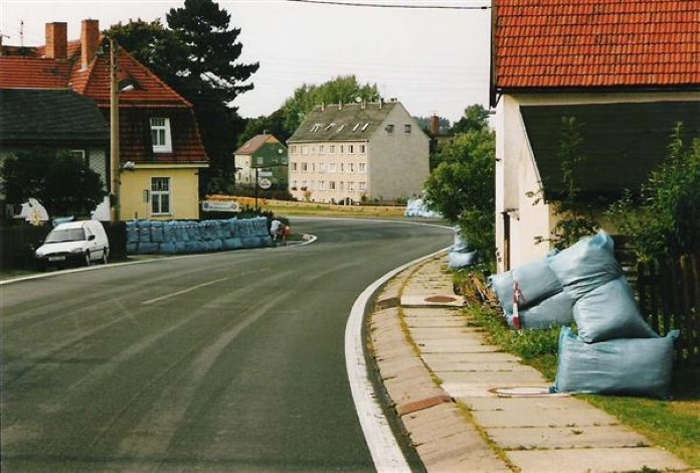 The first event at the Schleizer Dreieck was an fuel economic contest in 1923. In 1924 the first race was organized for motocycles. A year later the first car race was held. The last race before the outbroke of World War II was in 1937.

The layout of the Schleizer Dreieck

The circuit was 7.631 km (4.769 Miles) long and was driven counter clockwise, with a height difference of 60 metres (197 Feet). The Schleizer Dreieck was comparable to Spa-Francorchamps. 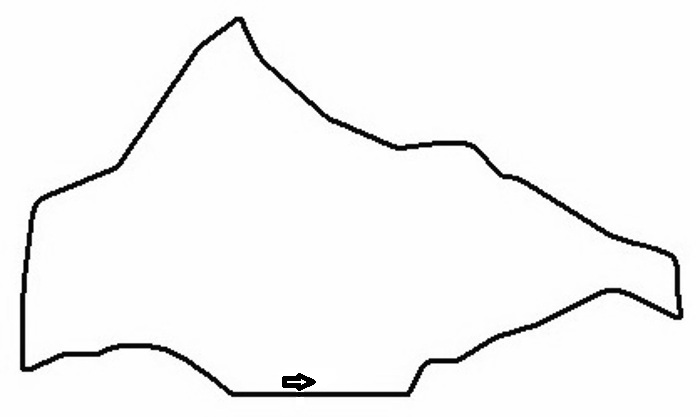 Just like Spa-Francorchamps, the Schleizer Dreieck contained fast and flowing corners. The only exceptions were the connection bends on the corner points. In combination with the elevations, the old Schleizer Dreieck was one of the most beautiful circuits in Germany!

But in May 1988, a shorter version was used to cut off a section trough the city of Schleiz. This brought the length of the street circuit back to 6.805 km (4.253 Miles). 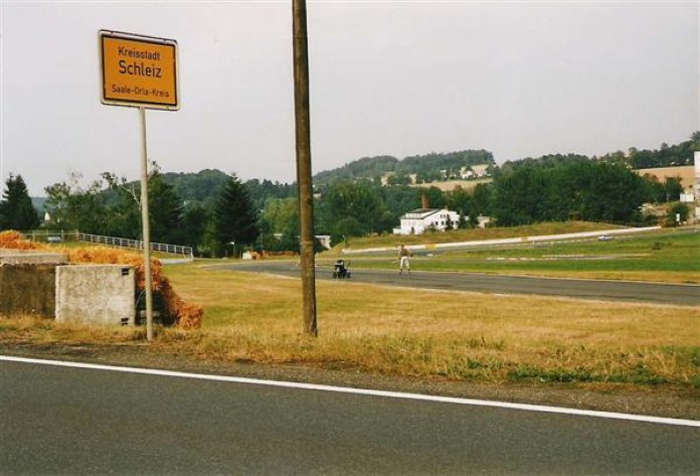 Motorcycle races on the Schleizer Dreieck

After the Second World War, Schleiz became a city in the socialist DDR (East Germany). Despite of that, in 1948 some race enthousiast organised motorcycle races at the circuit.

Until 1955 it was a pure East German buisiness. But since 1956, drivers from other countries came to Schleiz, which was a huge boost for the popularity of the races. 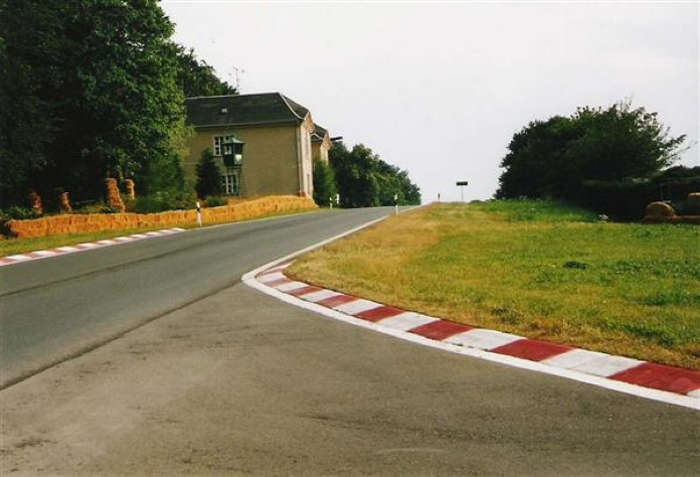 The first post war car races at the Schleizer Dreieck where held in 1961. As a result of the cold war, West German drivers where not allowed to race in the DDR since 1962. And since the early seventies, foreign drivers came only from Socialist neighbour countries.

Finally in 1989, after the fall of the communism, Western drivers where allowed to race again at the Schleizer Dreieck. 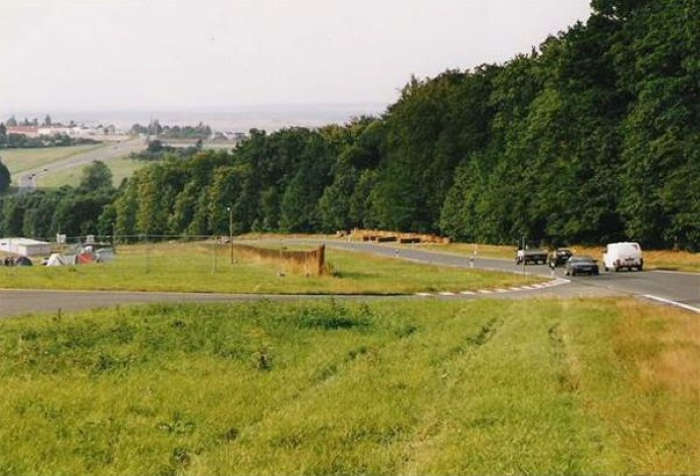 The end of the old Schleizer Dreieck

In 1991 – a year after the reunification of East and West Germany – the circuit was found no longer suitable for car racing. To increase safety, gravel traps were built in 1992. More changes followed in 1993, when a chicane was added to the traject. As a result of that, sidecar races returned to the Schleizer Dreieck in 1994.

But at the end of 2002 the Schleizer Dreieck lost it’s circuit license for motorcycle races, because it was found too dangerous. After that, there only have been organized a few car races. 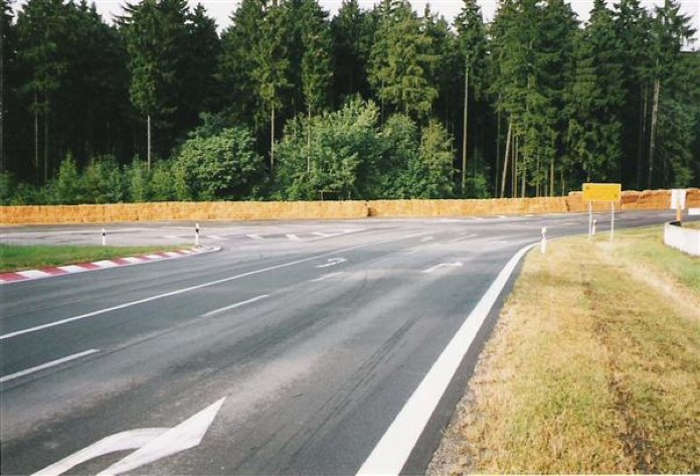 However, the organizers came to the conclusion that this type of street circuit could not suffice modern safety standards. They decided for a huge reconstruction. So in 2003 works started that would change the layout of the circuit dramatically!

They built a new connection halfway the original circuit, with a new Start/Finish straight. The result was a circuit from only 3.805 km (2.378 Miles). By contrast to the old circuit, the new one had a “stop and go character”.

On August 21, 2004 the new circuit was opened. This was also the definitive end of the races on the old circuit. However, because it’s public road you can still drive a lap on the old Schleizer Dreieck. 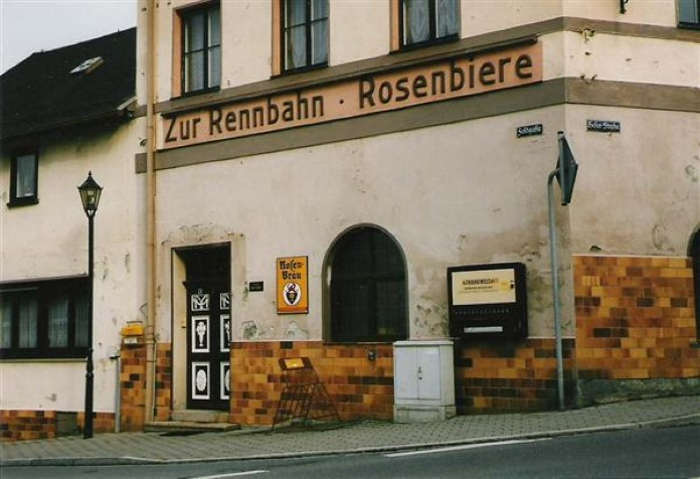