The Dutch village Zandvoort is well known for its beach and permanent race track, which was the scene of the Dutch Formula 1 Grand Prix from 1950 to 1985. But less people know that there was also a Zandvoort street circuit, before the permanent circuit was built.

The history of motorsport in the Netherlands

At the end of the 19th century, the early years of motorsport, races where usual held from city to city. The first races where held in France. The first time racing cars came to the Netherlands was 1898 during the Paris-Amsterdam-Paris race. 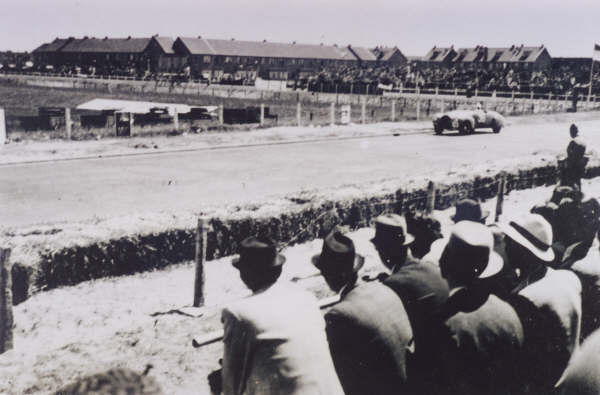 In 1903 during the race from Paris to Madrid many lethal accidents where happen. One of the victims was Marcel Renault founder of the famous French car manufacturer. This was the end of the city to city races and they where looking to alternatives, the circuits arose.

In the Netherlands some primitive “races” where held on the sea-resort Scheveningen. When the First World War broke out and racing was stopped in Europe. After the war not much happened with motorsport in the Netherlands while motorsport was rising in other countries. 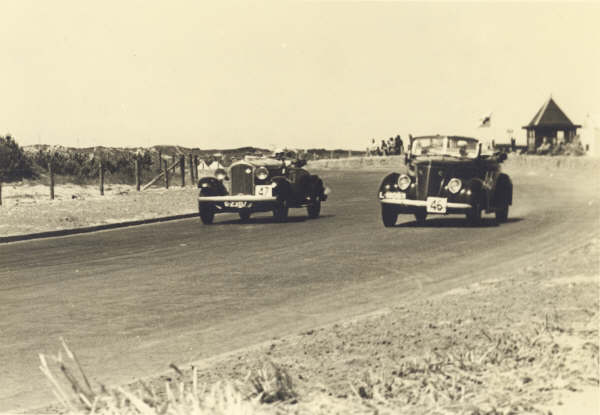 After new circuits where build in the neighbour countries like Spa-Francorchamps in Belgium and the Nürburgring in Germany also in the Netherlands came the idea to build a circuit, but unfortunately al these projects failed.

The origination of the Zandvoort street circuit

In the late thirties of the 20th century, major Mr. H. van Alphen of the Dutch sea-resort Zandvoort came to the idea to organize races in his town. Because the construction of a permanent race track was to expensive, an alternative was found in a construction site where they built an expansion to the town. 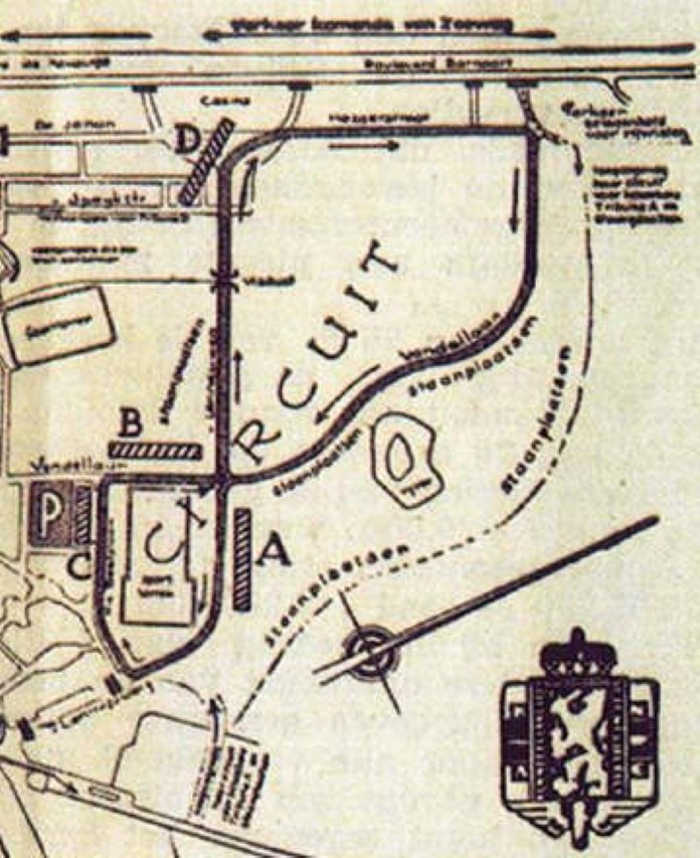 The Royal Dutch Automobile Club (KNAC) supported the plans and grandstands and a pits where built. On June the 2nd 1939 the first practices where held and on the 3rd Zandvoort saw his first ever race event! It was also the first real car race event in the Netherlands.

The layout of the Zandvoort street circuit

The track was 2,284 km (1.419 Miles) long and had roughly the shape of an eight, with a big loop and a small loop. It was a twisty and narrow circuit with two “long” straights and overtaking was very difficult.

A very remarkable site at the circuit was the intersection Vondellaan – Van Lennepweg, where the cars came from both sides right to each other! The barriers where straw packets …

The races in 1939 with demonstrations of Mercedes and Auto-Union

On Saturday the 3rth of June, 58 drivers appeared to the start in 5 different classes. On the program where touring car-races and sports car-races and from Germany came Hans Stuck Senior with his Auto-Union and Manfred von Brauchitsch with his Mercedes for a demonstration.

These two car manufacturers where dominate Grand Prix racing at that time. After some touring car-races Hans Stuck Senior gave a demonstration with a car which was especially build for speed records. This car has reached at a German motorway a speed from 400 km/h (250 mph)! The crowd, not used to speed on those days, was really enthusiast!

After the demonstration the sports cars came to the start for the longest race of the day over 45 laps. Local hero Piet Nortier won this race after a great battle with Breeman.

At the end Manfred von Brauchitsch gave a demonstration with his Mercedes Grand Prix car. He drove at the short and twisty circuit with an average speed of 103 km/h (64 mph). 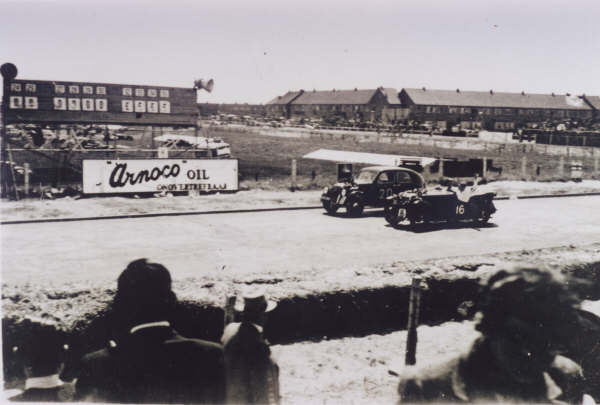 After this great day of motorsport major H. van Alphen was convinced that there should come a permanent circuit in Zandvoort! Unfortunately, a few months later World War Two broke out. 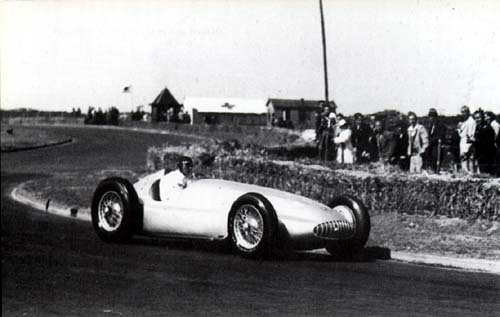 The demonstration from Manfred Von Brauchitsch with his Mercedes at the Vondellaan (above). Below you see the same site in 2008 which is now a bungalow park! 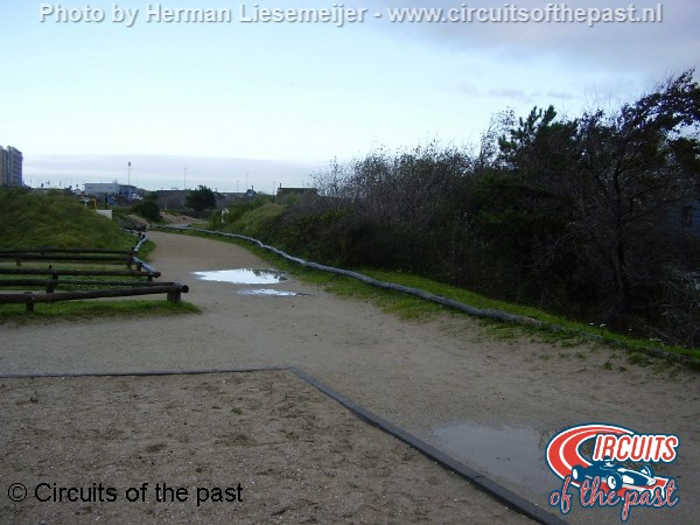 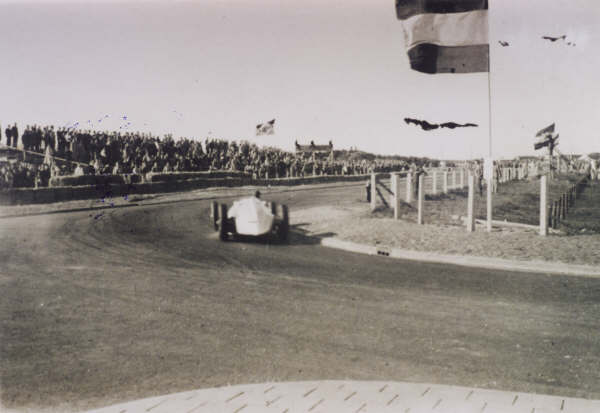 The picture above and the picture below show the same street corner! 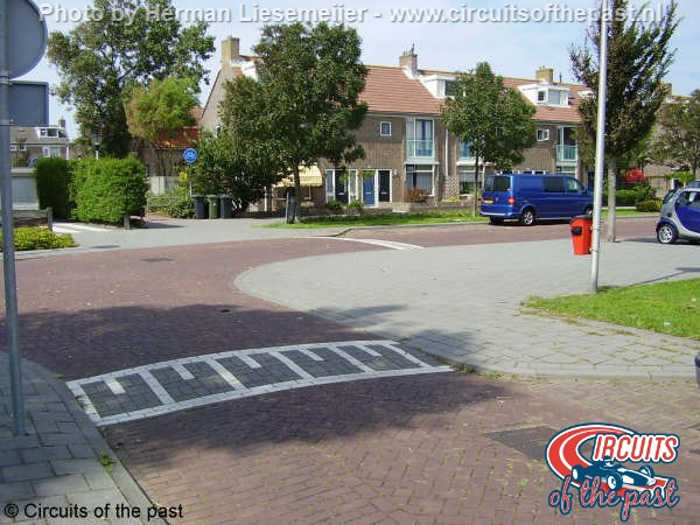