It’s August 2, 2015. In the morning I leave my hotel in Thillois, near the old circuit of Reims-Gueux in France. My next destination is in Belgium, Circuit Mettet, also known as Circuit Jules Tacheny. Not the current permanent race track, but the old street circuit with its famous artificial high banked corners. 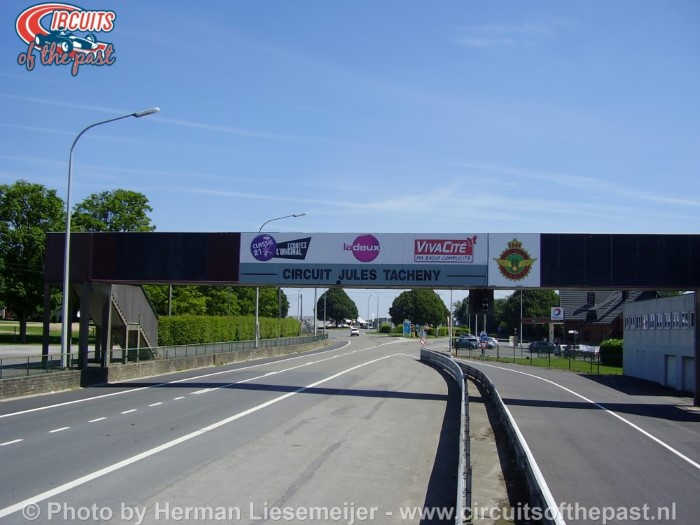 A two hour ride brings me in the city of Mettet. After a short detour around the city centre, I arrive on a road which is without a doubt the Start/Finish of old circuit Mettet. I park my car in the old pit lane which is still there. Immidiately I see an old marshall post on the Start/Finish line. This seemed to be a good spot for filming and photography…

But some the beams in the floor look very rotten, which made it pretty uncomfortable. Fortunately they kept my weight, but I was glad when I felt asphalt under my feets again.

Then it was time to make an onboard video of both versions of old street circuit Mettet. The camera goes back behind the windshield and I exit the pit lane. First I did a lap at the longest version of Circuit Mettet, which included the great descent to the city of Mettet.

This descent is preceded by a most remarkable intersection on the point of tangency of the figure 8 race track. During races this were two fast kinks on both sides, but traffic have to take a kind of roundabout here. 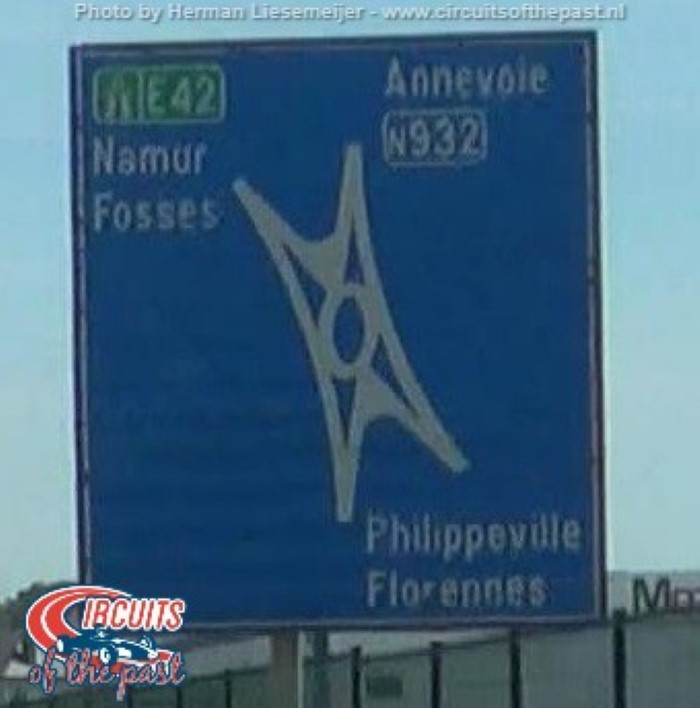 At the lowest point of the 1928 – 1990 layout of Circuit Mettet, I turn into the first artificial high banked corner. Subsequently the track goes upwards. A second banked corner brings me back on the main road to the strange intersection. Actually this was a very long straight with a fast kink, leading to the other side of the circuit. Thats also where the third and fourth banked corners are.

A slow tracktor and a fast Alpine…

At the end of the fourth banked corner I had a pretty hilarious moment, when I saw a tracktor driving on the main road. I was just to late for a sprint to get in front. Behind the tracktor was a Renault Alpine, so I closed behind him.

Fortunately we were able to pass the tractor immediately. The guy in the Alpine did a nice sprint, where the speed limit was considerably exceeded. However, he made a good scene for the video.

On the intersection after Start/Finish I was back behind the alpine and I thanked the driver with a thumb up. Then I turned right for the shorter version of the street circuit that was used since 1991. In this lap I also make usage of the chicane at the end of the long backstraight.

Actually there were three chicanes, but the other two are closed. When I stoped by the last chicane, where also the entrance of the new permanent circuit is, a guy was waiting for a closed gate.

“It seems the circuit is closed today”, he said. I told him that I was there mainly for the old circuit. He proved to be aware of some old race tracks, but he did not know my website. Time to hand him a business card of it. 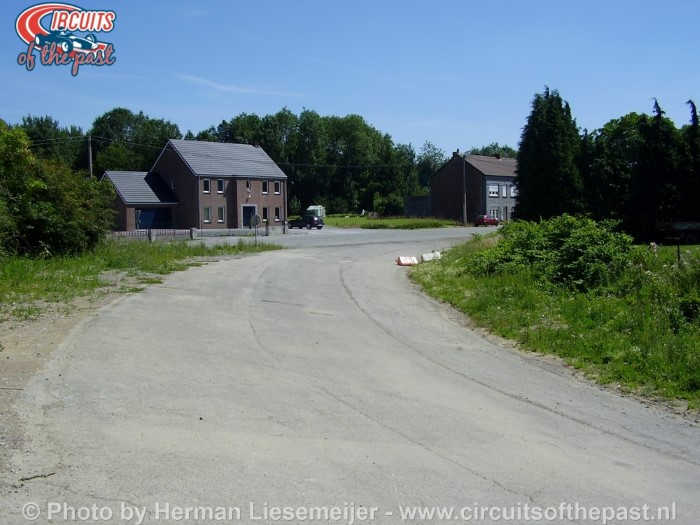 After a chat about Nivelles-Baulers and the Roskilde Ring I filmed the chicane and went back to the first banked corner. There I made some video shots of both versions. The fastest version is still well preserved, while the slower version was overgrown and left abandoned.

When I finished filming it was time to go to my hotel in Wavre. The next day I would bring back some memories to my childhood by visiting a well known Belgian amusement park. The next circuit on my calendar was Spa-Francorchamps, where I should stay a few days. The last circuit on my Circuit Tour 2015 would be the old Grenzlandring in Germany. But more about that in another blog post. 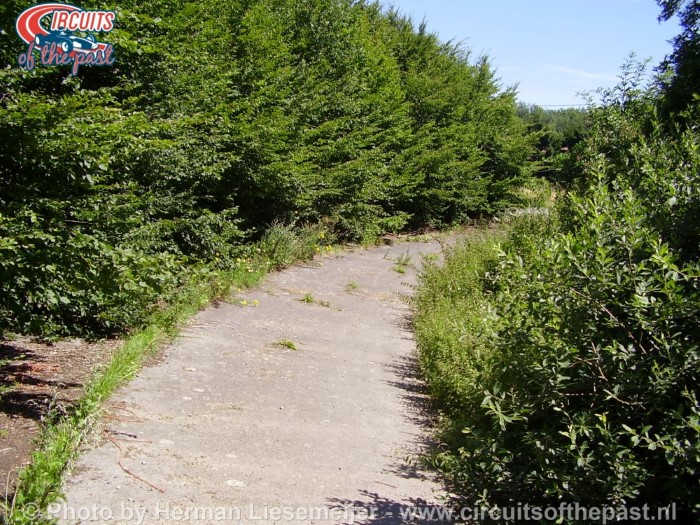 I hope you enjoyed this blog post about my visit to Circuit Mettet. If so, comments are welcome! 😉