The layout of the Zandvoort circuit has been changed several times. First for safety reasons, later because the construction of a resort on a part of the circuit site. This page will show you how the layout of Zandvoort was made slower, and how it lost half of the original layout.

The original layout of Zandvoort 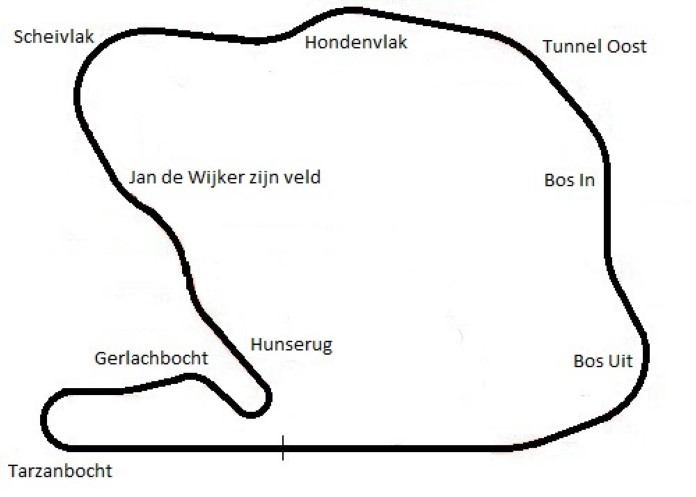 The first changes to the layout of Zandvoort

The very First version of the Zandvoort race track had a very quick layout. The circuit contained almost only fast corners, some of them where full throttle, who writhed in a natural way between the sand dunes. 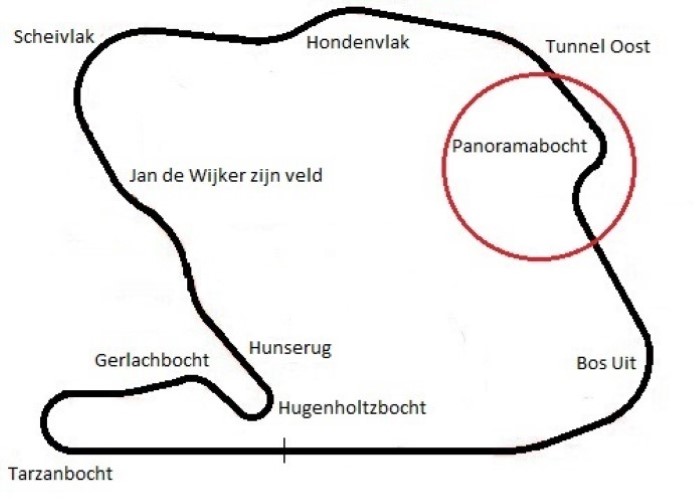 Strengthened safety requirements made a reconstruction of one of the fastest corners necessary. The right-left combination called “Bos In” – according to Dutch racing driver Rob Slotemaker the corner that made the difference between the man and the boy – was sacrificed and changed into a chicane, the Panorama Corner. This new chicane should become populair by the fans because of the many overtaking manouvres. 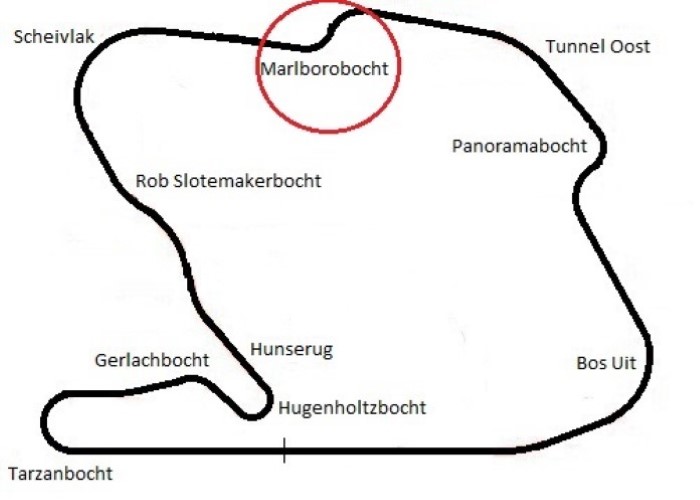 New safety requirements lead to another reconstruction. Another chicane was built in the controversial fast section at the furthest point of the circuit, the Marlboro Corner. And again the layout of the race track became a little bit slower.

At the end of the 1979 season, Dutch racing driver Rob Slotemaker died after a crash in a very fast corner. In memoriam to him they renamed this corner, known as “Jan de Wijker zijn veld”, into Rob Slotemaker Corner. Read for more detailed information the article “Corner names Zandvoort circuit“.

The end of the old layout of Zandvoort 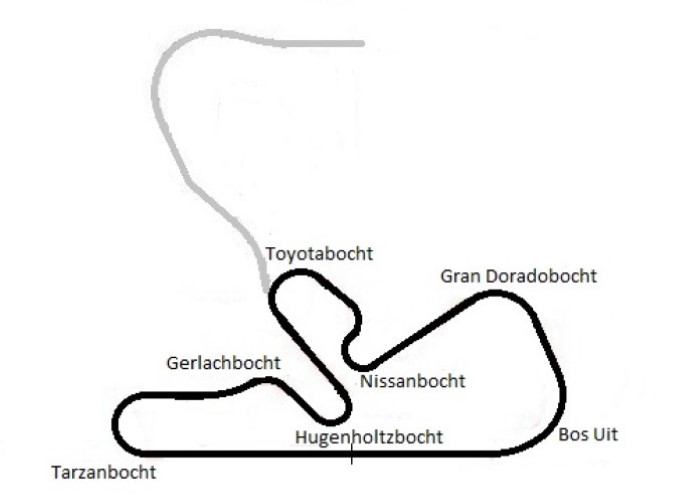 In July 1989 the length of the circuit is reduced to 2,5 km (1.56 Mile), the so called interim circuit. It was the first phase of a plan to move the track further from the village. This was the definitive end of the original track. At the ground of the lost part of the track are now a holiday resort and a golf course.

The corner leading from the Hunserug to the new section was original called the Hunserug Corner. Later the corner was renamed into Toyota Corner after car manufacturer Toyota became a sponsor of the race track. 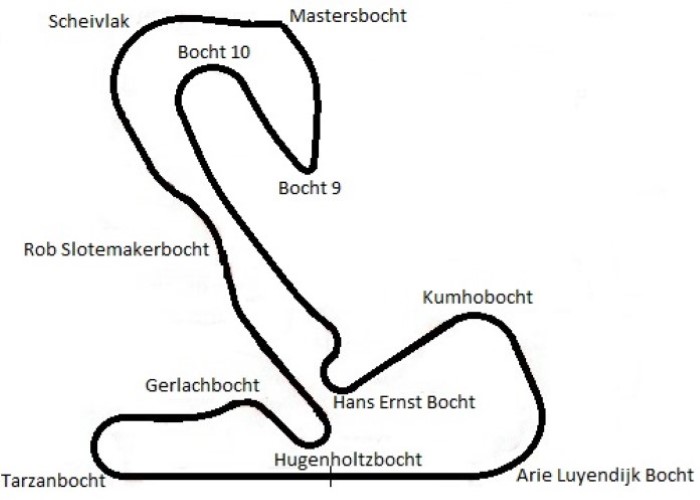 After nine years of legal battle they finally started the construction of the new part of the circuit at the end of 1998. In the spring of 1999 the new circuit was opened. Fortunately, the half of the layout is still the original track.

The corner that was called Nissan Corner on the interim circuit was renamed to Audi-S in 1999. Recently they renamed the corner into Hans Ernst Corner, after the former circuit director. Today this corner is well known by the fans for spectacular overtaking action.

However, since the late 80’s there was a terrible plan to cut of the Gerlach Corner and the Hugenholtz Corner, to create more space in the paddock. This plan was originally made-up for a return of Formula One, but could also be required by other series in the future. If this plan would get accomplished the old part of the track will be mutilated forever! 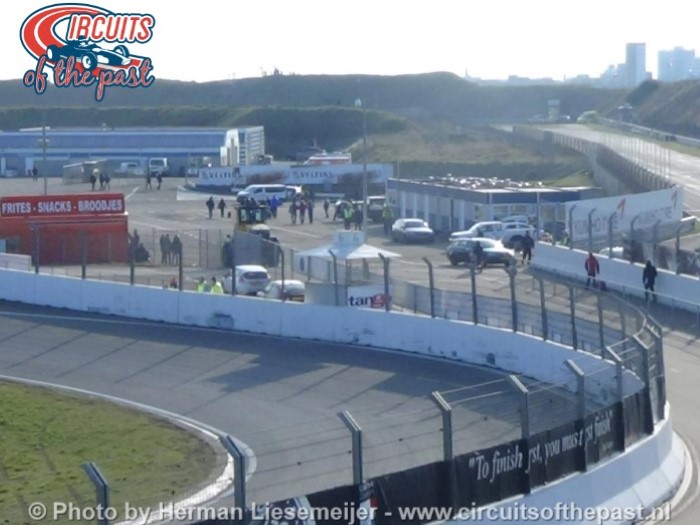 Not only for the los of the Gerlach Corner and Hugenholtz Corner, but for the whole sprint to the Scheivlak Corner. Now this is a fast section. A reconstruction would make this section much slower and less exciting. It would destroy the sole of Zandvoort.

Adjustments to the Zandvoort layout for Formula One 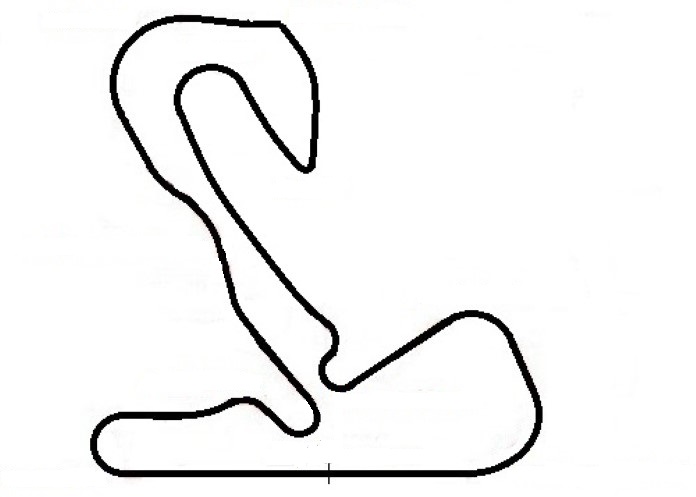 On May 13, 2019 it was officially announced: Formula One will return to Zandvoort in 2020. Off course there will be some adjustments to the track layout. There were fears the terrible exit scenario for the Gerlach and Hugenholtz Corner would go ahead.

Changes to the layout

However, because they didn’t want to destroy the unique character of the track, an alternative was found. The Gerlach Corner would not be demolished. To create a wider entrance to the paddock the Hugenholtz Corner was moved to the inside. To ca=ompensate the shorter run to the Scheivlak thet give the new Hugenholtz Corner more banking. So it became faster.

For the paddock the FIA accepted the limited space, just like in Monaco. Between the paddock and a lot on the other side of the track they built a new tunnel. So actually they connected both, to use the lot as the paddock for support races during the Dutch Grand Prix.

The Gerlach Corner became a wider run-off on the outside. But the most spectacular change was the high banking of the new Arie Luyendijk Corner. They created an 18 percent progressive banking, to make it possible for Formula One cars to take the corner with open DRS, so overtaking on the short straight will be possible.

The evolution of the Zandvoort layout on video.

An onboard on the new Zandvoort layout.